The doubts throw a spanner, at least for the time being, in efforts to ascertain that the residents of Keeladi were literate as early as the sixth century BC. 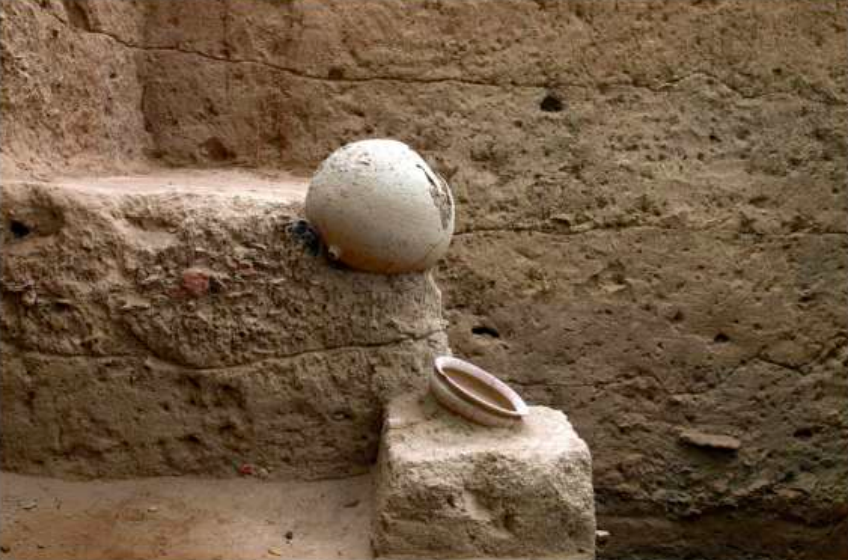 The Tamil Nadu Archaeological Department recently released a report saying the Keeladi settlement and the Tamil-Brahmi script could apparently be dated to at least the sixth century BC, pushing the date for South India’s Sangam Era settlement back by 300 years.

Experts have said that the decline of the Indus Valley civilisation, the first urban settlement in ancient India, was followed by a second wave of urbanisation in the Gangetic plains. These newer settlements then slowly spread east and south, and across the rest of present-day India. However, what archaeologists have found in the village of Keeladi in Tamil Nadu doesn’t agree with this picture.

“Instead, we realise that the second urbanisation happened locally at Keeladi,” Prabodh Shirvalkar, an archaeologist at the Deccan College, Pune, told The Wire. Shirvalkar’s colleagues at the college were part of the Keeladi dig team. The Tamil Nadu government’s report suggested there was a settlement in Keeladi around the same time the Gangetic settlement existed. “So the old dates don’t align anymore.”

The new dates presented in the report are based on six samples of organic material found at a depth of 3.53 m. The excavation team sent them to a lab in Florida, which used accelerometer mass spectrometry to date the deposits to between the sixth century BC and the first century AD.

Also read: Ancient Ruins Keep Being ‘Discovered,’ But Were They Ever Lost?

Finding Tamil-Brahmi on potsherds from sites in Tamil Nadu is not uncommon. However, the report is opaque on one important aspect: the age of the potsherds themselves. Bisnupriya Basak, an archaeologist at the University of Calcutta who was not involved with the study, wants to know if the sherds with the Tamil-Brahmi script had been taken from the same layers as the samples that had been dated to the sixth century BC.

“This unfortunately is not clear from the report and is very crucial,” she said. Shirvalkar also noted experts need more clarity on the “layer, period and absolute dates”.

Moreover, dating a script is itself an inexact science. Scientists have known graffiti marks on potsherds to be an intermediary script – between the indecipherable Indus script and the emerging Brahmi script of the time. To make matters more confusing, some of the lines, triangles and other apparent symbols could simply have been marks left by potters and inadvertently preserved over many generations. And it’s hard to tell how old the soil layers, from which the potsherds were obtained, are.

Indeed, “we cannot state scientifically that the Tamil-Brahmi script belongs to the sixth century BC” based on a single report, E. Harsha Vardhan, an archaeologist at Dravidian University, Chittoor, told The Wire.

This in turn throws a spanner, at least for the time being, in efforts to properly situate the ‘bridge’ script between the Indus and Brahmi scripts, as well as to ascertain that the residents of Keeladi were literate as early as the sixth century BC.

That said, “this particular excavation throws great light on how the transition from graffiti to early [Tamil] Brahmi would have taken place,” Vardhan added. Additional sites could help “prove that there was a transition.”

Archaeologists found a variety of pots and pieces, suggesting pottery had been a flourishing industry in Keeladi. The team also found artefacts related to weaving.

In their own excavations at Keeladi, the Archaeological Survey of India had found evidence of a dyeing industry at the site. The Tamil Nadu archaeological department also found ornaments of gold, copper, shell, ivory, gems and semi-precious stones, beads of agate, carnelian and glass – all of which together suggest the Keeladi settlement was economically healthy. Together with the existence of internal and external routes, Vardhan thinks the settlement was industrial in nature.

Archaeologists have also reported evidence of agricultural activity and urban planning. The state-sponsored team dug up a 13-meter-long wall made of baked bricks. According to the report, houses in the settlement had floors and roofs in line with a high standard of living for the time.

Then again, the absence of coins has been a sticking point. Vardhan has argued that this suggests the residents of Keeladi depended on the barter system and that Keeladi society was in a pre-state stage.

Another phase of excavation at Keeladi could uncover other details. “It is definitely a very interesting site,” Basak said. “But Keeladi needs to be seen in relation to other sites in the Vaigai river valley, like Madurai, which was the Pandian capital, and Alagankulam.” She added that studying these other settlements might even reveal a settlement pattern.

As the government’s report hasn’t been composed as a full-fledged archaeological study, it has been hard to interpret and experts have found independent analysis to be challenging.

According to T. Udhayachandran, the commissioner of the state’s department of archaeology, the Madras high court had been unhappy with the delay in publishing an excavation report, so the report’s authors only included highlights from the excavation to expedite publication.

In the future, the Keeladi team could look into the settlement’s cultural development, according to Shirvalkar. While archaeologists and other observers have been quick to identify the settlement’s ties to the Indus Valley civilisation, digs in other parts of the country haven’t found a chain of settlements to ascertain the gradual movement of people and development from the northwest to the south. The southernmost Harappan site known is in Damli, in Ahmednagar, Maharashtra, about 1,000 km to the north as the crow flies.

With lots of questions still pending about the Keeladi settlement’s developmental chronology, we haven’t seen the last of it.