The Great Red Spot is 1.3-times as wide as Earth, and appears to be dwindling faster than expected. 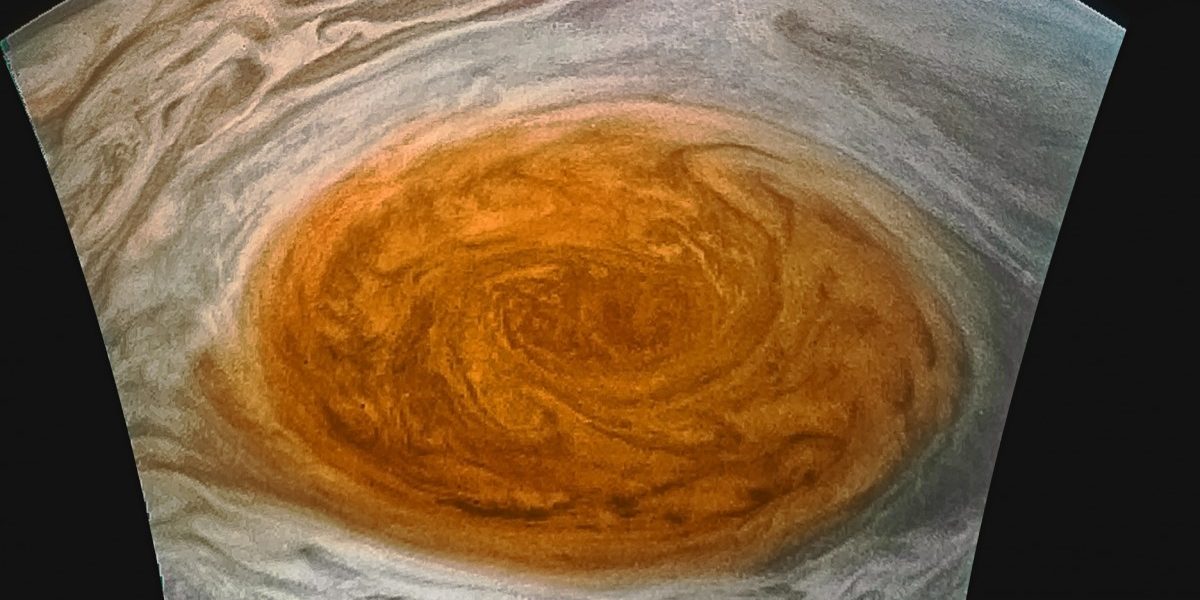 The largest storm in the Solar System, Jupiter’s iconic Great Red Spot, has been running across the gas giant for at least 180 years. At the time of the Voyager spacecrafts’ Jupiter flybys in 1979, the storm was three Earths wide, stretching 40,000 km end to end. Now its size is 16,000 km, just a bit wider than Earth.

NASA reported in 2018 that the Great Red Spot had shrunk further. And now, amateur astronomers around the world have observed a long stream of gas – over 10,000 km long – coming out of the storm. Is this a sign that the storm is dying? 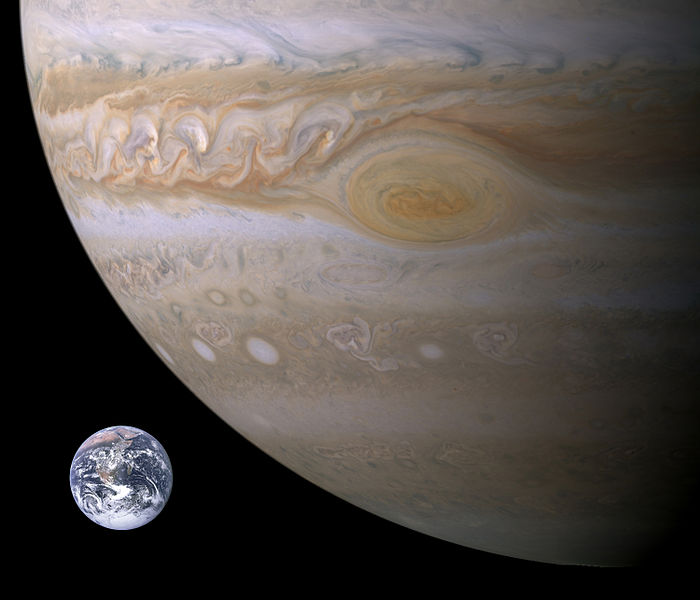 Throughout 2019, high-velocity vortices in Jupiter’s SEB were seen interacting with the Great Red Spot, pulling out a stream of dark material from it in the process. Amateur astronomers recorded one such interaction in May that lasted a full week, the resulting flaked stream stretching more than 10,000 km from the west end of the storm. That’s more than half the size of the storm itself. The flaked stream appeared to join the SEB and dissipate inside it. 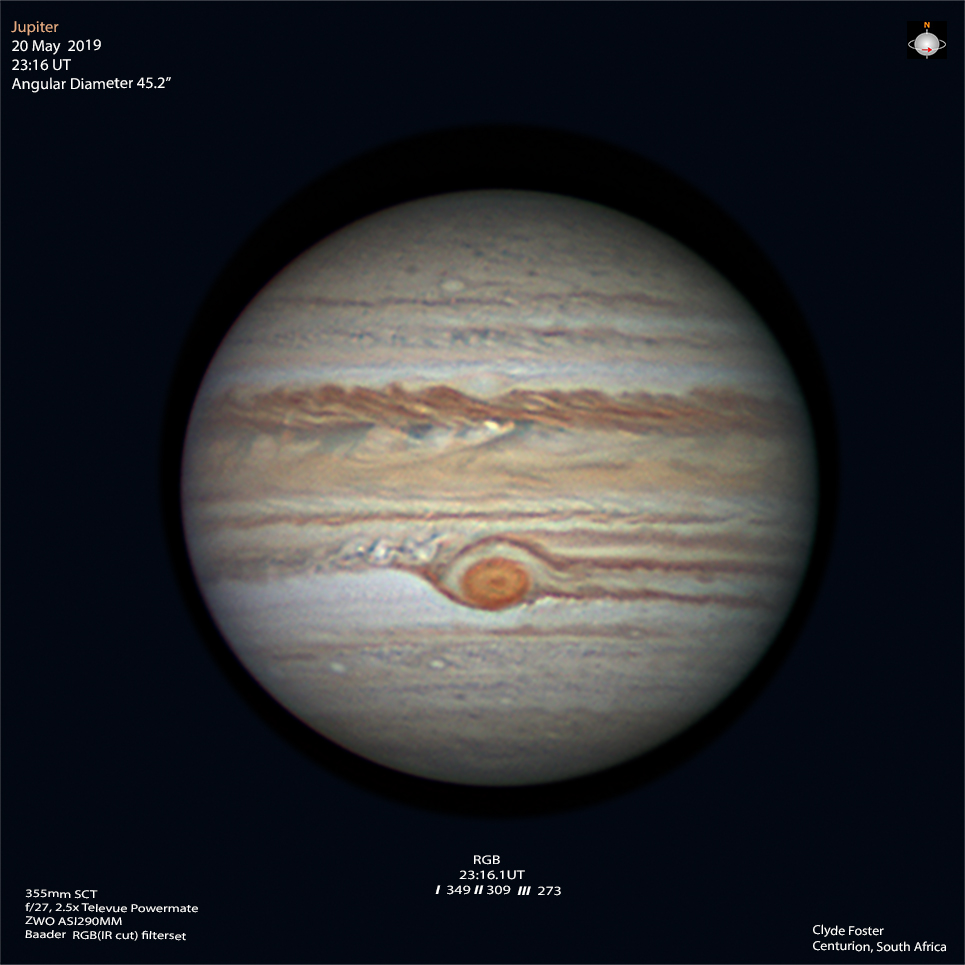 An amateur astronomer captured this view of the flake tearing off of the Great Red Spot on May 20, 2019. Photo: ALPO, Japan

This is the largest such activity ever observed but it’s not the first. As we speak, NASA’s Juno spacecraft is orbiting Jupiter and has imaged the Great Red Spot multiple times from a height of 8,000 km. In two of its closest passes, Juno observed similar but smaller flakes exiting the storm’s west end. Infrared observations in 2017 using the Gemini Observatory also spotted a hook-like structure at the same location. 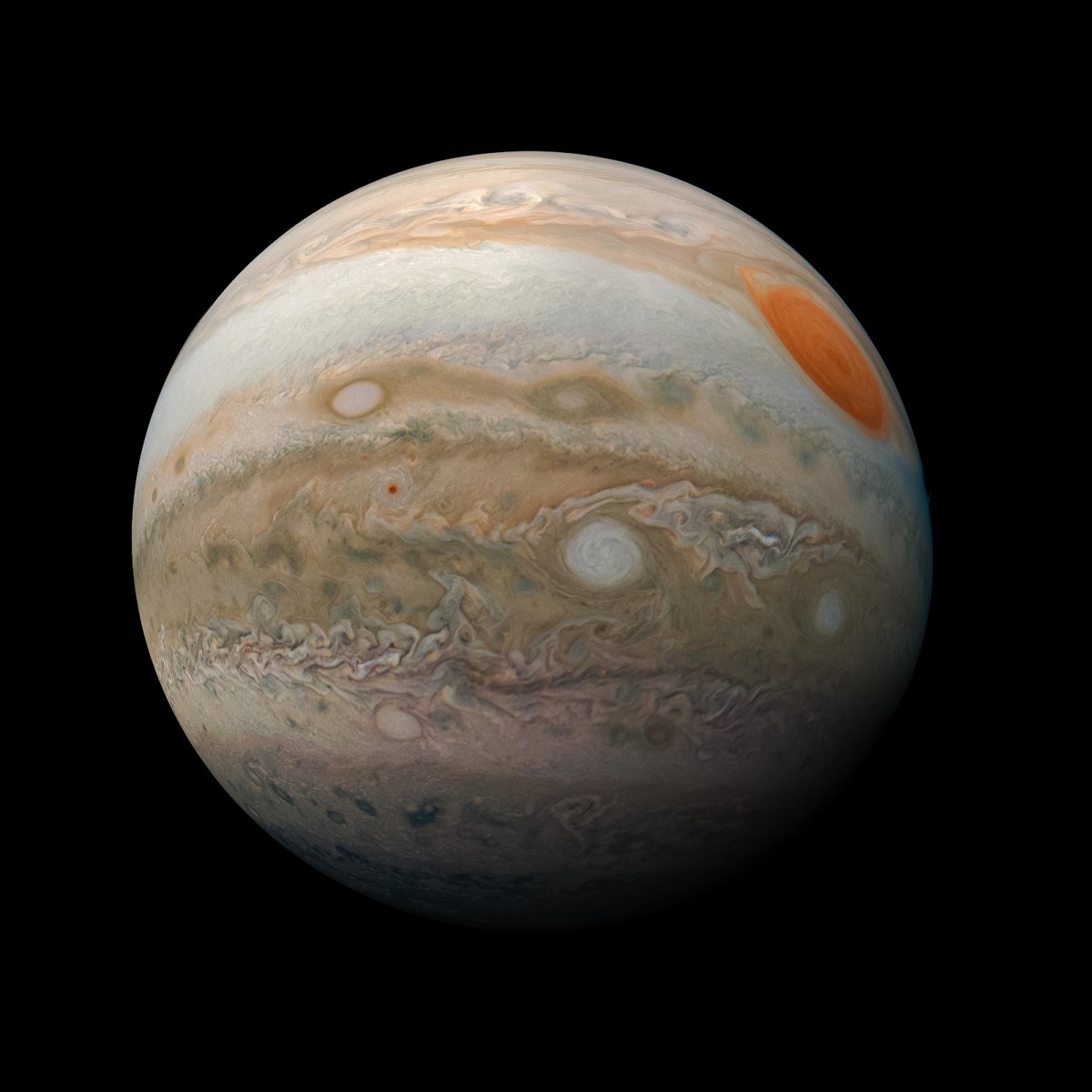 In 2019, observers found these streams interacting with the storm and chipping off a part of it in a repetitive way. However, since Jupiter rotates about itself every 10 hours, the storm isn’t always visible. The retrograde storm takes about six Earth days to circle the planet.

Also read: The Artful Equations of Fluids That so Few Know About

A joint, global effort between many amateur astronomers is underway to continue to get clear images of the activity in and around the storm. Around June 10, Jupiter will be at its closest to Earth and shine much brighter than Sirius, the brightest star in Earth’s night sky. Even small telescopes will be able to get a clear view of the giant storm.

Juno’s next closest approach to Jupiter is on July 21. Juno mission operators will prioritise instruments capable of studying the storm in greater detail: the microwave radiometer (MWR) and JIRAM, the infrared imager, and of course the people-powered JunoCam. 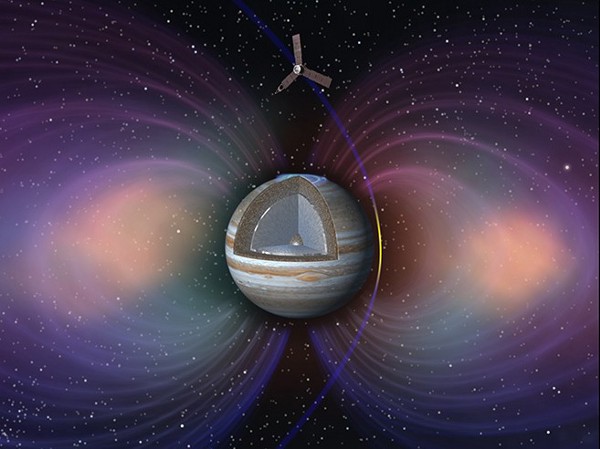 While the giant flake from May has dissipated into the SEB, data from MWR and JIRAM will allow scientists to deduce changes in the Great Red Spot’s internal activity. Both MWR and JIRAM can see through the topmost cloud layer, deep into the storm.

In fact, MWR is the instrument that discovered the Great Red Spot’s roots penetrated deeper than 320 km; they could be plunging further down because 320 km is only MWR’s observing limit. Winds on the giant storm’s periphery blow the fastest, averaging ~400 kmph. So when they interact with the high-velocity jet streams, especially during the flaking process, a substantial amount of heat is produced. This is just what JIRAM picks up on. If the flaking intensifies, Juno’s instruments will be able to record that as well.

At this point, nobody really knows what is happening. The Great Red Spot was reportedly expected to fizz out in 20 years but that was before scientists noticed the flaking. Storms on gas giants last much longer because unlike rocky planets – of which Earth is one – there’s no solid surface to absorb the storm’s momentum. But it seems the Solar System’s largest storm will die after all. Until then, with the amateur astronomers’ community and the Juno team working together to understand what’s going on, we’ll just have to wait.