A new biography chronicles J.B.S. Haldane's life in the intersection of science and politics, and drives home how the firewall between these two spheres is ahistorical. 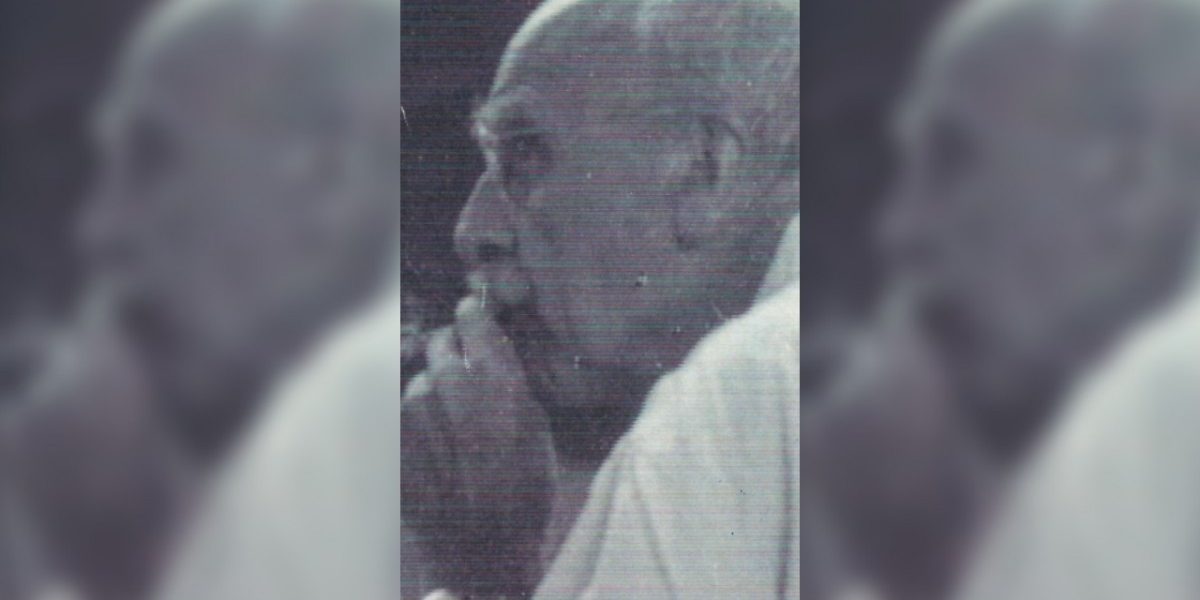 Samanth Subramanian opens his new biography of British-Indian scientist J.B.S. Haldane with a quote from Aeschylus, the Greek playwright: “We suffer into knowledge.” Subramanian reads into this line the history of modern scientific experimentation. He sees the generations of scientists who saw their bodies as their workshops – exposing, abrading or injecting themselves with all kinds of different substances to better discern some fundamental truth about the substance or the human body or often, both. Haldane, like his father before him, was a patron of this (slightly masochistic?) method.

A Dominant Character makes it clear that Subramanian is fascinated by this moment in scientific history, maybe not so much in the science itself but in the character and psychology of the kind of person who might thrive at this juncture of time. As a subject, J.B.S. Haldane offers this and much more.

In an interview with The Wire, Subramanian said, “The thing that moved me most about Haldane was his willingness to engage with the world: to go everywhere, to talk to everyone, to experience everything, to think about everything he experienced. He had energy enough for five people. It isn’t something you’d associate often with bookish academics, or with scientists – this enthusiasm for the messiness of the real world.”

Haldane was as far from the traditional image of a scientist, as an aloof figure in an ivory tower, as one could possibly be. He was a political activist, a prolific science communicator (with more than 300 columns to his name) and even fought in multiple wars. As a young man, Haldane served in the First World War, and when he was older, he rushed to Spain to aid in the civil war in the 1930s, placing him in the company of people like George Orwell and Martha Gellhorn.

In his book, Subramanian writes that it was the blurring of class lines within the army during the Great War that laid the foundation for Haldane’s political awakening and led to him becoming a committed Marxist.

The book revolves mostly around Haldane’s life as it plays out in the intersection of science and politics and, quite intentionally, drives home how the firewall between these two spheres is ahistorical. “We live in a moment where people confuse scientific objectivity with ideological neutrality,” says Subramanian. Haldane, on the other hand, believed it was the duty of scientists to think politically. Whether it was the eugenics debate – where despite some racist ideas, he admirably updated his view as the science evolved – or the Lysenko affair – where Haldane’s commitment to communism undoubtedly clouded his judgment of the research in genetics coming out of Soviet Russia – A Dominant Character paints the scene with eye for wit and detail.

Also read: A Fine Profile of J.B.S. Haldane as Scientist and Scientific Socialist

The picture of Haldane that emerges is far from rosy: he comes across as rude, stubborn and sexist. But it is also permeated with a feeling of human tragedy that comes from simply placing the small successes of a person beside the looming shadow of the rest of their life.

“Writing a biography is a strange and complex process, and since I’d never done it before, I was perpetually surprised by the way my relationship with Haldane twisted and turned,” Subramanian said. “You find yourself being cheered by things he does right, or being disappointed in him when he falters, almost as a parent would with a child. You want to reprimand him, or encourage him to stick it out. The parental analogy is relevant in another context as well. When I wrote about his death, I found myself unexpectedly moved… No one else witnesses the complete arc of a life at such close quarters. It was heartbreaking.”

After two books that employed more traditional journalistic methods, built on travel and firsthand accounts, Subramanian was keen to try his hand at archival work. Haldane was just a fortuitous subject. His initial struggle was deciphering Haldane’s handwriting, which he describes memorably in the book as resembling “ants somersaulting through snow”.

Subramanian visited 18 different archives in three continents over the course of writing the biography, and he brings a stunning panoply of material to bear. In a “stroke of fortune”, he discovered a large file of surveillance on Haldane by MI5, the British intelligence agency. “I’d never read such an extensive stash of this kind of documentation before, and to be privy to, for example, bugged phone conversations really lent the book a kind of narrative texture it wouldn’t have had otherwise.” Subramanian, tongue firmly in cheek, refers to MI5 as Haldane’s first biographer.

In the penultimate chapter, the book describes how Haldane died in India, eventually succumbing to cancer. Subramanian includes multiple funny poems and pieces of doggerel over the course of the book (all the characters are very British in that sense), but this chapter contains an extraordinary poem about cancer written by Haldane himself. It begins:

I wish I had the voice of Homer / To sing of rectal carcinoma, / Which kills a lot more chaps, in fact, / Than were bumped off when Troy was sacked.

You’ll have to read the book for the whole thing. It’s painful, moving and hilarious. Subramanian says that he felt that he had to include it. If Haldane felt that he could be funny in that situation, that too was something people should know about him.