A Scientist's Take on the 'Power' of Prayer

Some patients stop their medication and rely on unproven therapies, often suffering irreversible harm. This is sad because it is entirely preventable. 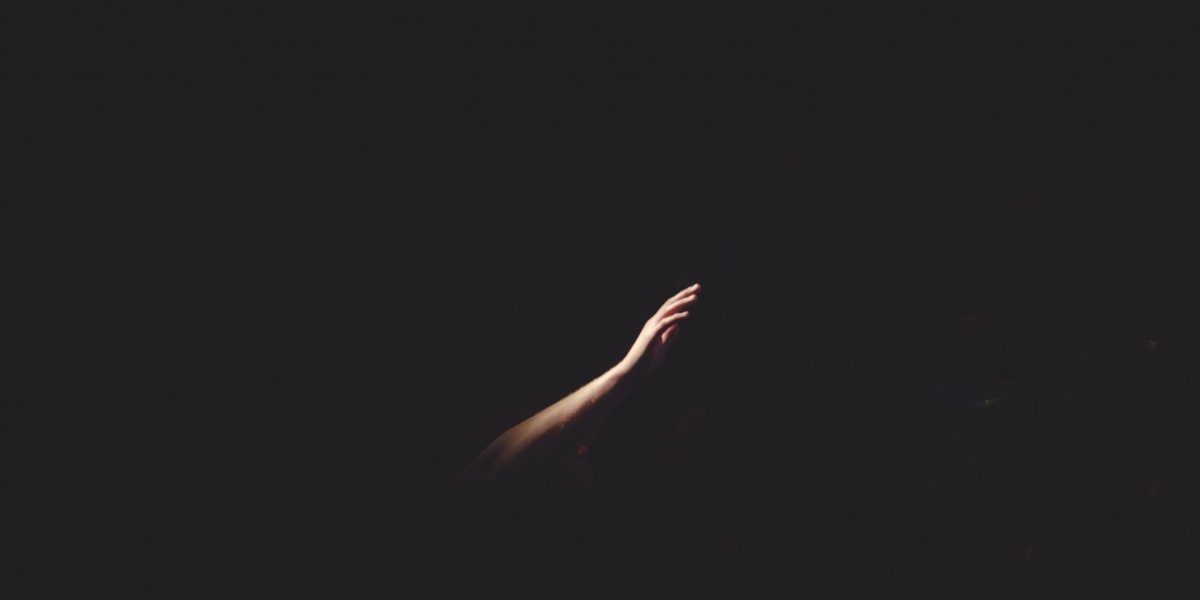 It used to be a common scene in Bollywood flicks of a certain era. The hero lies mortally wounded. The doctors are helpless. “Now only prayers, not medicines, will help,” one of them explains in Hindi. So the hero’s family prays, and he lives.

I was recently looking for a journal to publish our research paper on alternative therapies when I stumbled across this line in another paper: “16 years of a chronic syndrome resolved after proximal intercessory prayer”.

Such prayer, the authors continued, “refers to direct-contact prayer, by placing hands on the recipient and sometimes embracing them in a hug. The intercessor may petition God to heal, invite the Holy Spirit’s anointing, and/or command the healing and departure of any evil spirits in Jesus’ name.”

Their paper describes an infant who had to be hospitalised at the age of two weeks after intractable vomiting. The child had to be fed through a tube even as medical management failed to help. However, the child was “cured” 16 years later by PIP at a church, as he “felt an electric shock starting from his shoulder and going through his stomach”, and his symptoms ceased.

The authors then write that prayer can lead to “remarkable improvement in conditions that are not medically expected to improve, such as longstanding blindness or deafness.”

This in turn reminded me of a study published in the prestigious British Medical Journal in 2001. Its conclusion reads: “Remote, retroactive intercessory prayer is associated with a shorter stay in hospital and shorter duration of fever in patients with a bloodstream infection, and should be considered for use in clinical practice.”

In the study, scientists randomly divided 3,393 people admitted to a medical centre between 1990 and 1996 into two groups – ‘prayer’ and ‘no prayer’ – to perform a randomised clinical trial, the highest form of evidence in medicine, in 2000. They found that prayers held 4-10 years after their admission to the centre led to significantly shorter hospital stays.

Since it was published a few days before Christmas, it wasn’t clear if it was a serious paper or a joke of some sort. But that hasn’t stopped us from using it to teach our residents certain concepts in statistics.

Prayer, the scientist and the people

When queried for “prayer”, PubMed, a search engine that indexes the US National Library of Medicine database, yields 66,860 papers. It seems thousands of scientists are willing to spend time/resources to study the effects of prayer. This is possible only if they already hypothesised that prayers works.

Then again, in 2013, fellows of the Royal Society of London expressed “strong opposition to the existence of a supernatural entity … (with) biological scientists less likely to be religious than physical scientists”. I am not aware of any Indian studies on this.

A 2016 survey found that 53% of UK adults had no religious affiliation, against 48% in 2015 and 31% in 1983. A Dutch study showed last year that education played a major role in declining religious involvement. Two-thirds of those who had had primary education were religious whereas only a third of those that had had higher education belonged to a religious group.

It’s possible that if you believe praying improves how you feel or helps you sleep or relax, it will be so. This may also happen if you know someone is praying for you. The science of how this happens, captured in the placebo effect, is not the subject of this article.

I want to discuss the matter of someone praying for a patient, who is unaware of that prayer, and claims that the patient improved because of the prayer.

Studies (such as this and this) have shown that intercessory prayer is not effective, although there are studies that say otherwise. However, a 2006 meta-analysis of 14 such studies showed that it does not work.

But suppose you know a person who improved after intercessory prayer, or that your guru prayed for you and your fortunes changed.

Let’s get more specific. Say five people have body aches, headache and runny noses. On day 1, they do nothing. On day 2, their symptoms worsen and they’re all feeling feverish. They decide to wait but increase their fluid intake. On day 3, they have fever, a slight cough and their other symptoms have intensified. So they take paracetamol. On day 4, their fever has crossed 100, the cough has become worse, the runny nose has become a nuisance and they’re unable to function normally.

Like Bandersnatch, that interactive ‘Dark Mirror’ episode that let viewers choose what the actor’s next move should be, say you handed patients 1-5 with the following courses of action:

1. Go to a physician; she prescribes no medicines, advises rest

2. Go to a physician; she prescribes some medicines

Outcome? All improve – irrespective of the option.

Why? As you might have guessed, we’re talking about the common cold, a condition that improves on its own within a week in most cases. 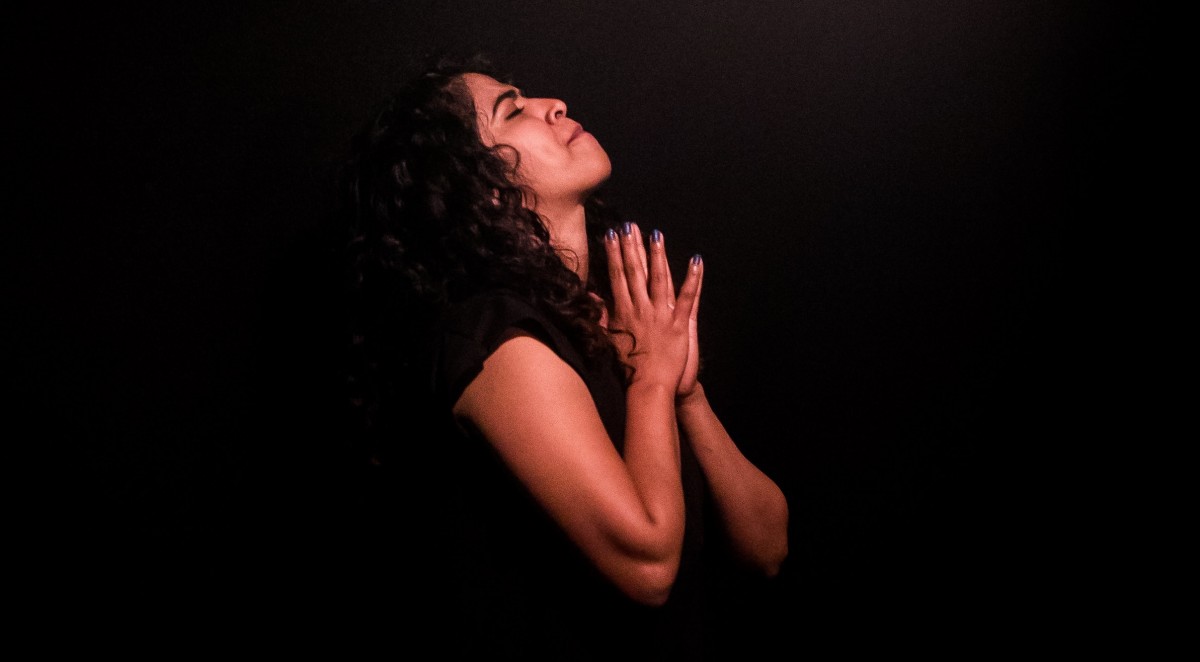 Let’s take one more step and assume all the patients improved except #1 – no medication – whose health has deteriorated and who has developed complications. What would you conclude now?

The data now supports the hypothesis that ‘prayer is as good as medication’ – but is it valid?

Obviously not. This experiment has too small a sample size. If you conduct a study with 5,000 patients, after having randomly divided them into different groups, there will not be any difference overall.

This is an important point. You will often come across stories of patients whose cancer has been cured after a visit to a shrine, etc. No conclusions can be drawn from these anecdotal reports. For each such ‘cured’ case, there are thousands that were not cured but whose stories are not deemed interesting: they were expected to die of cancer and so they died.

This is so obvious but it surprises me how often it is overlooked. It is called the post hoc fallacy: the mistaken assumption that if B happens after A, then B must happen because of A.

The second point is centred on the notion of natural history. Most chronic illnesses have fluctuating courses: the patient will experience ups and downs often for no apparent reason. People with serious condition can undergo spontaneous remission; they’re not that rare in cancer. Many common illnesses are self-limiting. Even diseases considered serious, like heart ailments, stroke, pneumonia, etc. are not 100% fatal even if left untreated.

The third point is statistical. Let us assume someone has had a series of misfortunes: unemployment, accident, death of a friend, so forth. After all this, the person resorts to prayer and, suddenly, life becomes better.

An old study in healthy people tracked bad, i.e. LDL, cholesterol levels over one month. They ranged between 76 and 185 mg/dL. Medical teaching says that those with 76 mg/dL may not need treatment whereas those with 185 mg/dL do.

Further analysis showed that the (statistical) mean of the data was around 100 mg/dL. This means that if my LDL level is found to be 180 mg/dL, my next reading will have a tendency to be closer to 100 mg/dL. Statisticians call this phenomenon ‘regression to the mean’.

Studies in people with chronic low-back pain have shown that the pain varies widely from one person to the next – from nearly pain-free to intolerable pain – with flare-ups regressing towards the mean.

It is reasonable to assume that those who resort to prayer are experiencing severe pain. Now, if the person improves after, the immediate assumption is that the prayer must have worked. However, regression to the mean suggests that the pain would have reduced if the person had taken medicines or even if nothing had been done.

This brings us to another statistical concept. We often come to know of religious rituals being held in offices after a number of bad things happen, and they presumably stop after the ritual. Whenever you talk about events that are supposed to be random, you might also notice that they happen in relatively quick succession followed by a long period of silence. This is called clustering: random events are not uniformly distributed events. It’s perfectly normal for such clusters to be followed by a time when nothing seems to happen.

There are even more reasons why intercessory prayer may seem to work, including pure chance, individual bias, judgment errors and false narratives.

I doubt anyone has been able to revive a person whose head was crushed under a truck or help someone regrow a lost limb through prayer.

Finally, I would not be writing this if there weren’t a sad part to this story. Some studies have shown that, on occasion, some patients stop their medications and rely only on unproven therapies, ultimately landing up in the ward emergency and not-so-rarely suffering irreversible harm. This is sad because it is entirely preventable.

Samir Malhotra works at the Post-Graduate Institution of Medical Education and Research, Chandigarh.