The prize for each category comprises a gold medal, a citation and a purse worth Rs 81 lakh. 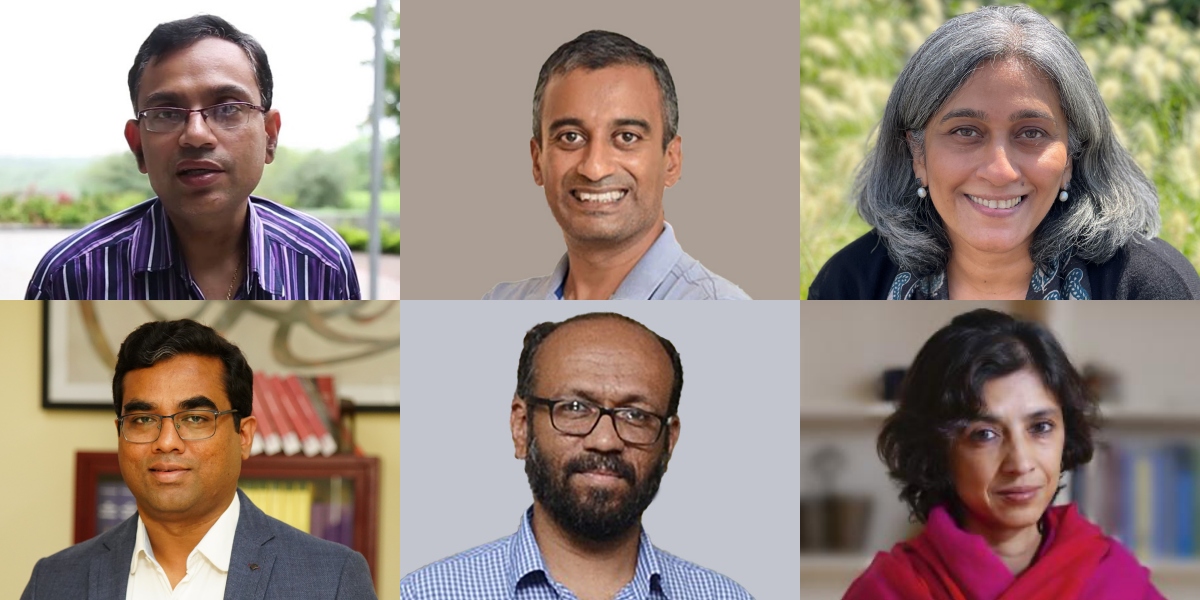 New Delhi: Suman Chakraborty, Sudhir Krishnaswamy, Vidita Vaidya, Mahesh Kakde, Nissim Kanekar and Rohini Pande were the winners in six categories of the Infosys Prize 2022, which is handed out by the Infosys Science Foundation annually for “contributions to science and research impacting India”.

Suman Chakraborty was awarded the Infosys Prize 2022 in Engineering and Computer Science “for his pioneering work in elucidating the interaction of fluid mechanics, interfacial phenomena, and electromechanics at the micro- and nanoscale”. His efforts have helped to advance healthcare in resource-limited settings through the invention of novel low-cost medical devices for sensing, diagnostics and therapeutics. Chakraborty is professor of mechanical engineering, and dean of research and development at the Indian Institute of Technology, Kharagpur.

Sudhir Krishnaswamy was awarded the Infosys Prize 2022 in Humanities “for his insightful understanding of the Indian constitution, especially his carefully argued account of the importance of the landmark ‘basic structure doctrine’ adopted by the Supreme Court in 1973 that guides and constrains various efforts to amend it, while also ensuring its stability in the face of executive and legislative outcomes in India’s political life”. He is vice chancellor of the National Law School of India University, Bengaluru.

Vidita Vaidya was awarded the Infosys Prize 2022 in Life Sciences for “her fundamental contributions to understanding brain mechanisms that underlie mood disorders such as anxiety and depression, including signals engaged by the neurotransmitter serotonin in causing persistent changes in behaviour induced by early life stress and the role of serotonin in energy regulation in brain cells”. The foundation said that in a post-pandemic age when the focus on mental health has become ever more urgent and important, Vaidya’s work is extremely contextual. She is professor and chairperson, the Department of Biological Sciences, Tata Institute of Fundamental Research, Mumbai.

Mahesh Kakde was awarded the Infosys Prize 2022 in Mathematical Sciences for “his outstanding contributions to algebraic number theory”, with the foundation saying his “deep work on the non-commutative Iwasawa main conjecture, his work on the Gross-Stark conjecture (with Samit Dasgupta and Kevin Ventullo), and his work on the Brumer-Stark conjecture (with Samit Dasgupta), resolves outstanding conjectures at the heart of modern number theory”. He is professor of mathematics, the Indian Institute of Science, Bengaluru.

Nissim Kanekar was awarded the Infosys Prize 2022 in Physical Sciences for “his study of galaxies in an era – the so-called “high noon” period – in which stars were being formed at a maximum rate. Separately, his careful astronomical investigations have placed the strongest limit on possible secular variation of the fine structure constant and the electron-to-proton mass ratio”. Kanekar’s work has put India’s radio astronomy capabilities on the world map, the foundation added. He is a professor at National Centre for Radio Astrophysics, Pune.

Rohini Pande was awarded the Infosys Prize 2022 in Social Sciences for her “outstanding research on subjects of key importance, including governance and accountability, women’s empowerment, the role of credit in the lives of the poor, and the environment. Her empirical findings, based on diverse methodologies, offer major promise and potential for policy design in emerging economies, including India”. As discussions on the fallout from the climate crisis, social justice, and what makes for a just and equitable society become ever more urgent, Pande’s work has tremendous implications, the foundation said. Pande is the Henry J. Heinz II professor of economics and director, the Economic Growth Center at Yale University.

According to the foundation, panels of accomplished jurors comprising world-renowned scholars and experts shortlisted the winners of the Infosys Prize 2022 from 218 nominations. The Infosys Science Foundation said that the intention behind the awards is not just to celebrate the personal achievements of researchers but also to encourage young minds to explore science and research as a career option.