India needs a ten-fold increase in facilities and labour to ensure that its population derives the full benefits of this advanced field of medicine. 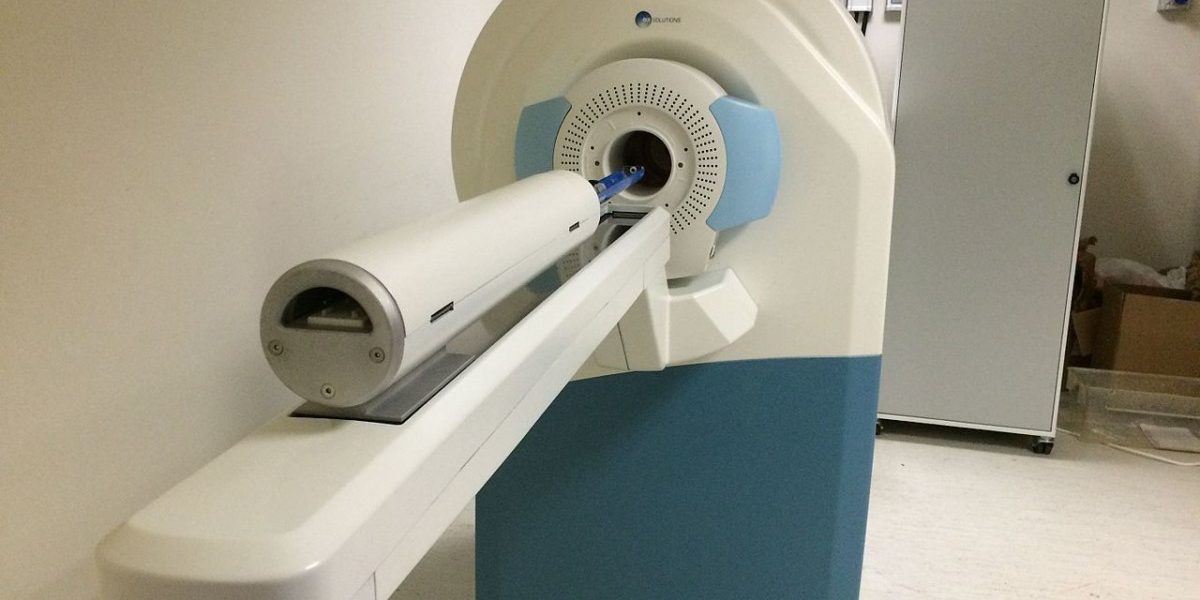 Nuclear medicine “is a branch of medical imaging that uses small amounts of radioactive materials” to diagnose and determine the severity of or treat a variety of diseases. This includes many types of cancers, heart disease, gastrointestinal, endocrine, neurological disorders and other abnormalities. Because nuclear medicine procedures can pinpoint molecular activity within the body, they offer the potential to identify diseases in their earliest stages as well as the patient’s immediate response to therapeutic interventions”. (source)

We need enormous resources to build and operate a comprehensive nuclear medicine facility. Such facilities with all their equipment cost millions of dollars. This is why it is incredible that a field still nascent in the 1950s is today mature and so dynamic in India.

The first reference on the medical use of atomic energy in India is found in a 1954 lecture on ‘Health Protection, and Biological and Medical Applications of Atomic Energy’. It was delivered by Subodh Mitra, former director of the Chittaranjan Cancer Hospital, Kolkata, and included radioisotope-related work in his institution. He revealed that physicists had designed a “hot laboratory” in his institution based on specifications received from the US, and began radioisotope studies in 1951. The hospital imported radioisotopes such as phosphorus-32 from Harwell, England.

(The choice of Subodh Mitra was notable. According to a 2014 biography, he was a “radiologist, radiation oncologist, radiobiologist, cancer epidemiologist and one of the greatest visionaries of cancer that India has ever produced”. He was the founder-secretary of the Indian Radiological Association, and built the Chittaranjan Cancer Hospital in 1950. It was inaugurated by Marie Curie.)

In the same year – 1954 – Jawaharlal Nehru felt there was a growing communication gap between the Department of Atomic Energy (DAE) and sections of the public. Voices in the Parliament and elsewhere were suggesting that the nation had not achieved much since the Atomic Energy Commission was set up in 1948. Nehru wanted the DAE to use this opportunity to review achievements in the field of atomic energy. So he asked Homi Bhabha to organise a conference.

One hundred persons, including many scientists and engineers, ministers, Members of Parliament and industrialists attended it. Many were from outside the DAE as well. Nehru himself chaired the meeting (except for a short while, when he asked K.D. Malaviya take charge).

Sadly, there have not been many such meetings since. Scientists of the DAE have remained isolated, cocooned in the comfort zones of their labs for many years.

The medical use of radioisotopes grew progressively after the Apsara reactor was commissioned in 1956. Apart from diagnostic applications, specialists began using radioisotopes like iodine-131 and phosphorous-32 in radiotherapy as well. Later, the Bhabha Atomic Research Centre (BARC), Mumbai, added the CIRUS and Dhruva research reactors for these purposes.

The setting up of the Board of Radiation and Isotope Technology (BRIT), on March 1, 1989, was a watershed moment in this field.

In the early 1960s, test monographs for a few radiopharmaceuticals appeared in international pharmacopoeia. According to reports available with the radiopharmaceutical division at BARC, the Drug Control Administration in India considered clearing radioisotopes under licence number 720.

Later, the use of reactor-produced radioisotopes increased rapidly. With regulatory control in mind, the DAE established a Radiopharmaceutical Committee and a Nuclear Medicine committee. They covered all aspects related to the safety of the premises, products, patients, workers and the public.

The Radiopharmaceutical Committee was set up on February 23, 1968. It had V.K. Iya, a pioneer in the field, as its convener and six eminently qualified specialists, including a representative from the Directorate General of Health Services (DGHS), health ministry, as members.

The five-member Nuclear Medicine Committee had members drawn from BARC, the Directorate of Radiation Protection and the DGHS. This committee:

Nine years later, the DGHS notified that “radiopharmaceuticals” were exempt from the provisions of Chapter IV of the Drugs and Cosmetics Act 1940. Many considerations must have contributed to this. In particular, the mass of radioactive material in any radiopharmaceutical is too trivial to have toxic effects. Normally used radioactive materials, such as technetium-99m, have very short half-lives. It is not feasible to study them for long periods to evaluate the relevant parameters as is done for conventional pharmaceuticals.

BARC was the only agency preparing radiopharmaceuticals during the 1960s and 1970s. After interacting with specialists at BARC, the officials at DGHS must have realised that granting exemptions were not likely to have serious consequences.

Also read: The Complicated History of How MRI Was Invented – and ‘Brought’ to India

In 2009, about 200 physicians were licensed to practice nuclear medicine in the country and the facilities were very modest. Just over 150 hospitals, located mainly in cities, provided the service. But as of July 2018, there are 293 nuclear medicine departments in the country. Some 14% are in the government sector, and the remaining 86% are under private ownership. Other facilities include 23 medical cyclotrons, 233 functioning gamma cameras and 222 PET/CT scanners. There are also 92 radionuclide therapy rooms (isolation), with 200 beds.

These and other details, such as human resource development, diagnostic and therapeutic facilities, etc., were discussed in an exhaustive review published in the Indian Journal of Nuclear Medicine in November 2018.

Many specialists had similar views in 2002, when the Radiation Medicine Centre at BARC installed the first medical cyclotron in India. In the mid-1990s, R.D. Lele, then a member of the AERB and an inveterate optimist, was probably the only specialist in India to predict that medical cyclotrons, a life-saving facility, would be economically sustainable in the country.

Today, India needs a ten-fold increase in facilities and labour to ensure that its population derives the full benefits of this advanced field of medicine.