A navigation system based on such radio signals would be ideal for future spacecraft to find their way accurately among the stars. 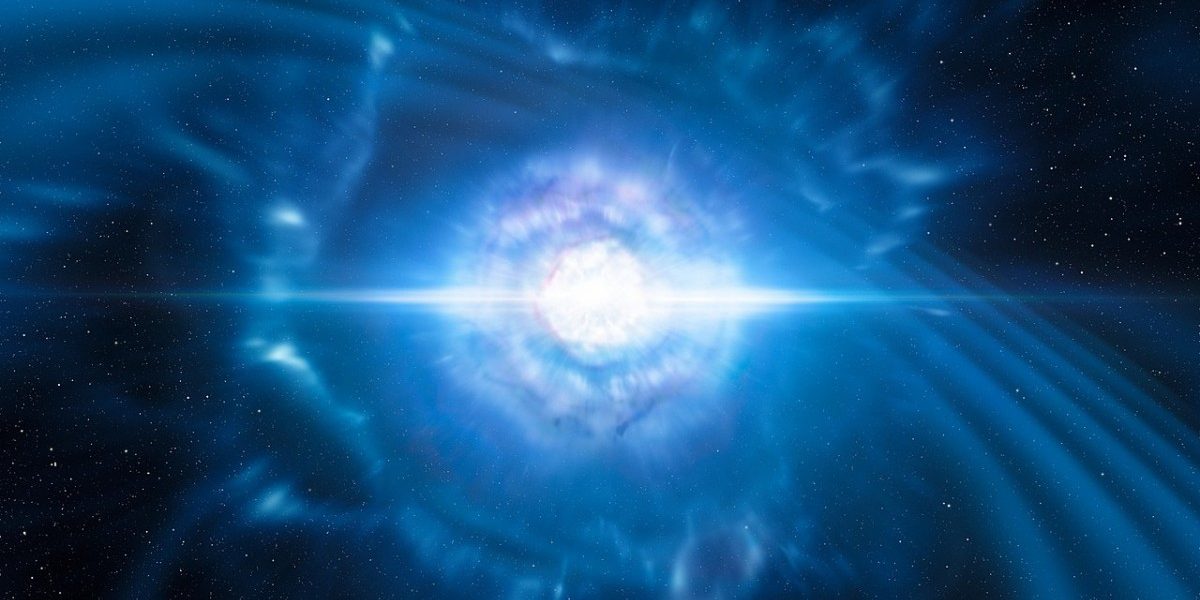 Fast-radio bursts (FRBs) have intrigued scientists since they were first detected by the Parkes radio telescope in Australia in 2007. These electromagnetic pulses are as elusive as they are spectacular, releasing as much energy in a millisecond as our Sun does in eighty years. Although a ‘spottable’ FRB occurs almost every minute, most radio telescopes miss them because of the instruments’ relatively narrow fields of view. This is a major reason why only less than a hundred of these electromagnetic pulses have been observed so far.

But a discovery published last week has sent a frisson of excitement among astrophysicists: a beam of radio waves – christened FRB 180924 – detected in 2018 has been tracked back to its home galaxy about four billion light-years away from Earth.

Only once before – in 2017 – have astronomers been able to track the source of an FRB: radio transmissions from FRB 121102 which flashed at certain intervals like an alarm clock going off repeatedly.

When the signals were analysed, they were found to have come from near the core of a dwarf galaxy three billion light years away from Earth. This is a region where a supermassive black hole lurks, which likely set off the pulses.

In contrast, FRB 180924, which was tracked down in 2018, was not a ‘repeater’ and astronomers slotted it in a catalogue of ‘one-off’ FRBs. This made finding its origin almost impossible. But on September 24, 2018, serendipity lent a hand to the cosmic sleuths when FRB 180924 flared up in space for barely a thousandth of a second. By sheer chance, all 36 antennae of the Australian Square Kilometre Array Pathfinder were pointed in the same direction where the radio pulse had come from.

Astronomers pooled the data from these telescopes with that of other instruments elsewhere in the world and let supercomputers crunch the numbers to locate the FRB’s origin. It was like identifying the width of a human hair from 700 feet away! The flash apparently came from a galaxy some four billion light years away from Earth, and it appeared to originate 13,000 light years from the galactic centre, far from any black holes.

Now that a ‘one-off’ FRB’s source has been localised, some scientists believe it strengthens the ‘ET phoning home’ theory. Astrophysicists Manasvi Lingam of Harvard University and Abraham Loeb of the Harvard-Smithsonian Center for Astrophysics even hypothesise the likelihood of extra-terrestrial civilisations using these beams to power large light-sails, which use lasers and microwaves as spacecraft ‘engines’.

“We do not yet have enough evidence to determine what phenomena explain the origin of FRBs,” Lingam told this author in an email interview. “One reason why Loeb and I thought about extra-terrestrial light sails is that they would produce a brief ‘flash’ of radio waves, which is slightly similar to the ‘burst’ of radio waves associated with FRBs.”

But more compelling, and cautious, hypotheses about FRBs attribute them to natural processes. “Extra-terrestrials (aliens) is one possibility but it is a more speculative option compared to other hypotheses involving neutron stars and black holes,” Lingam said.

Colliding neutron stars that generate violent explosions and warp the fabric of space-time, the birth of black holes, intense flares from magnetars (stars with powerful magnetic fields) or severe quakes on a magnetar’s surface could all send FRBs across the universe. FRBs could even be the signatures of a blitzar – a pulsar that exploded before collapsing into a black hole.

Whatever set off FRB 180924, the ability to determine its location will help astronomers trace more of these enigmatic energy pulses to their points of origin. But to detect multiple FRBs and understand their nature, wide-field radio telescopes like the next-generation Very Large Array, with more than 200 antennae spread across southwest US and northern Mexico, will be essential. With such ground-breaking instruments, it is not implausible that, someday, humans could learn to tap the enormous energy of FRBs.

Imagine science harnessing these powerful beams for stuff like deep space navigation! NASA’s autonomous X-ray navigation system already uses millisecond pulsars for exploring deep space. Spacecraft in low-Earth orbit depend on the Global Positioning System (GPS) satellite network to navigate. GPS signals become weaker with distance from Earth, unlike pulsars, which are easily accessible in deep space as well. A navigation system based on FRB signals would be many orders-of-magnitude more powerful than pulsars and, therefore, ideal for future spacecraft to find their way accurately among the stars.