If You're a Southern African Python, Being a 'Good' Mum Could Get You Killed

Of the approximately 3,400 species of snakes, not even 3% show some form of maternal care. The southern African pythons are an exception with a vengeance. 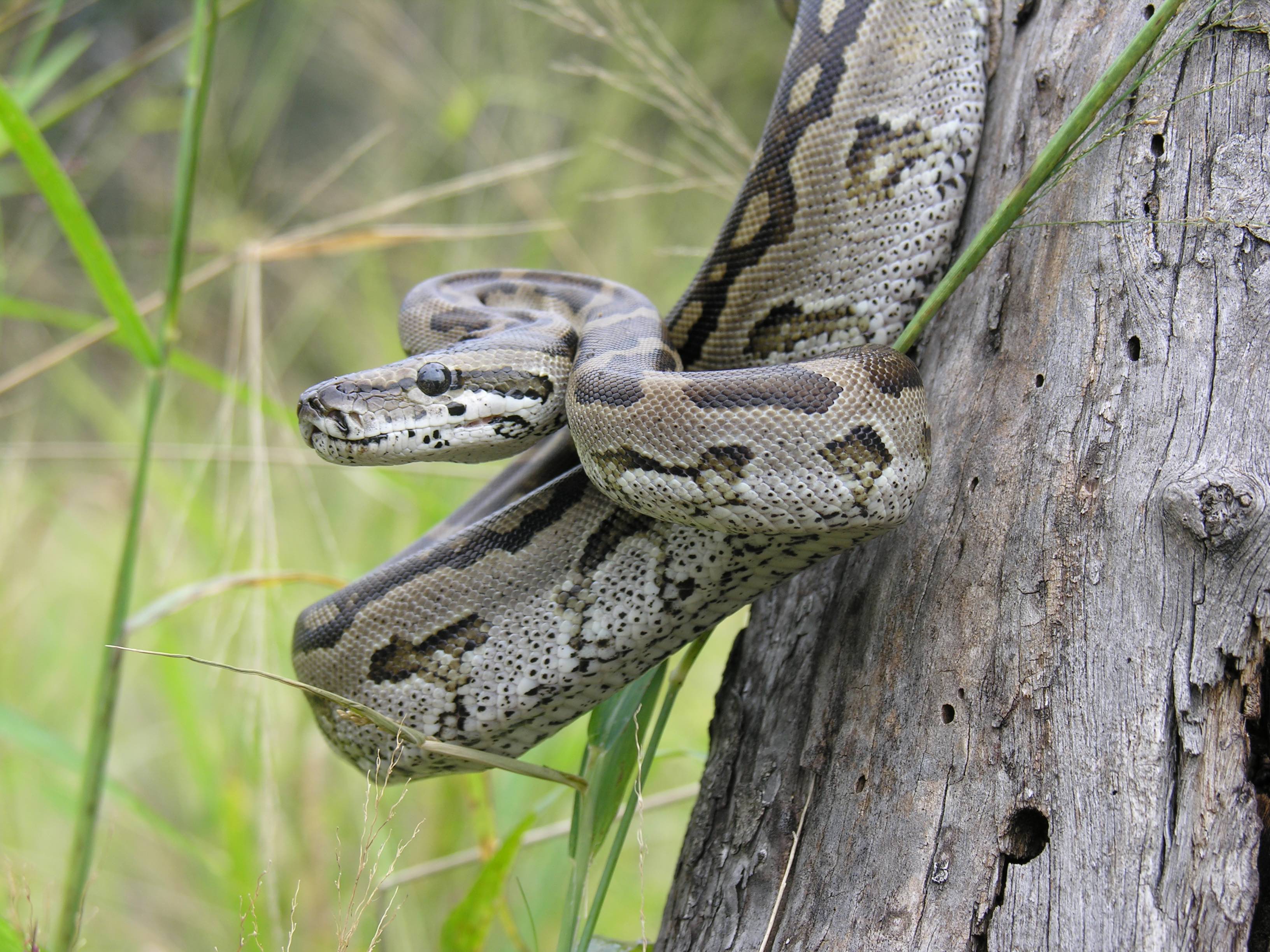 Southern African pythons (Python natalensis) set a new record for serpentine motherhood, taking care of their young at great cost to their health.

Most mother snakes take their jobs lightly. They find a safe refuge, lay their eggs and leave. If they are live-bearers, they vanish as soon as the last little one pops out. These newborns face the dangers of the big bad world on their own. Of the approximately 3,400 species of snakes, not even 3% show some form of maternal care.

King cobras go the extra distance, making a nest and guarding their eggs until they hatch. Mothers belonging to some species like the Indian rock python coil the full length of their muscular bodies around their mass of eggs. Throughout incubation, they shiver to keep the eggs warm. But that’s about it. They don’t stay with their young and protect them from the vagaries of life. No species of snake seems to take any further interest in the fate of their offspring. Over the years, herpetologists have found a few snake species that show themselves to be exemplary mothers.

Graham Alexander, a professor of herpetology and physiology at the University of Witwatersrand, South Africa, spent seven years tracking 37 male and female southern African pythons at the Dinokeng Game Reserve, about 40 kilometres north of Pretoria. 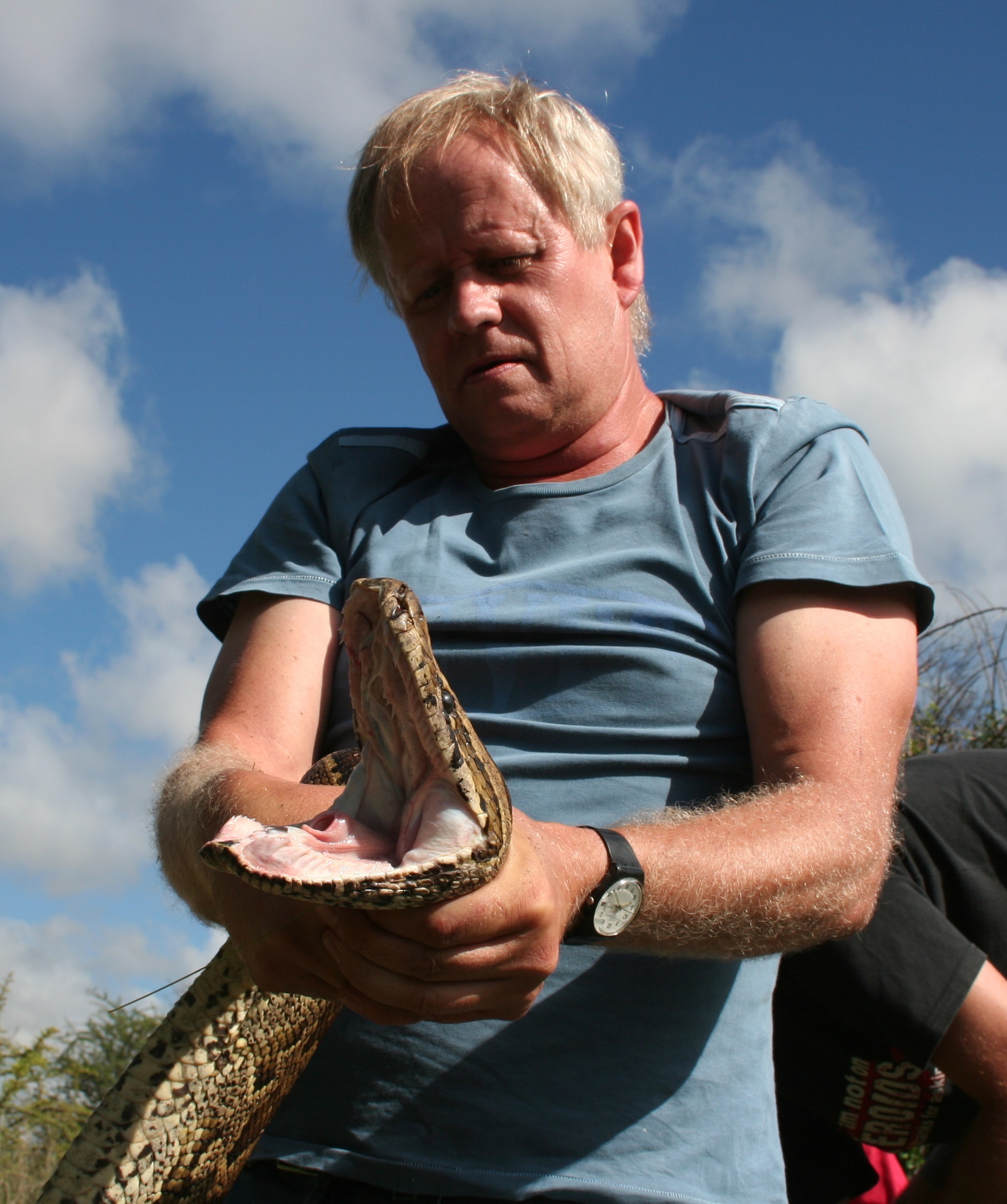 The arrival of winter chill in the southern hemisphere in June signals the start of the python breeding season. Females and their suitors travel as much as a kilometre or two from their regular haunts to areas riddled with burrows. Finding subjects for the study wasn’t that difficult. If one of them had a radio transmitter, it would lead the researcher to others. Such individuals earn the moniker ‘Judas snakes’.

Alexander observed ready-to-breed females turn stark black. They would not revert to their standard cryptic brown and tan colours until long after their breeding season ended. No other python changes its appearance so dramatically for reproduction.

Southern African pythons are the continent’s largest snakes, measuring up to five metres in length and 60 kilograms in weight. Single-handedly catching them can be a challenging enterprise. The strong ones slipped through Alexander’s hands and slithered down holes even as the professor struggled to hang on to their tails. He managed to overcome some into which he surgically inserted gadgets for tracking them and measuring their body temperature. His job didn’t end there. It was just the beginning of a punishing schedule.

Not only did he have courses to teach, but Alexander also had to drive 200 kilometres round trip every couple of days from his university in Johannesburg to the game reserve. As a single parent, he also had three young children to look after, so he took them along on his fieldwork. “I look back now and wonder how much danger I exposed my 5-year-old daughter to,” he says.

He was so pressed for time that he “had to run on the signal,” sometimes racing past hungry pythons lying in ambush. He got bitten thrice when the predators mistook him for an antelope. Thankfully for science, they realised their mistake and let him go. But one python started constricting his legs before Alexander could disentangle himself.

Two or three males hang around every would-be mamma, often resting while enveloped within her massive coils. Female pythons outgrow males and, as is typical of such species, males aren’t aggressive to each other. One resident landowner reported an entourage of 13 courting snakes following a female.

The females laze in the sun at the entrance of the burrows but flee underground at any disturbance. Their all-black maternity colouration could aid in the better absorption of the sun’s rays but also make them visible to any passing animals. But the males stand their ground unless a human approaches too close. Perhaps they think they are camouflaged and invisible.

Three months later, the males lose interest in sex and go on their way, leaving the females alone to handle parenthood. In other species, live-in relationships don’t last so long. Alexander doesn’t know why these male pythons spend months with females. Since every male has at least one rival, they may stay to make sure they get an equal chance of fathering the next generation, a behaviour called ‘scramble mating’. 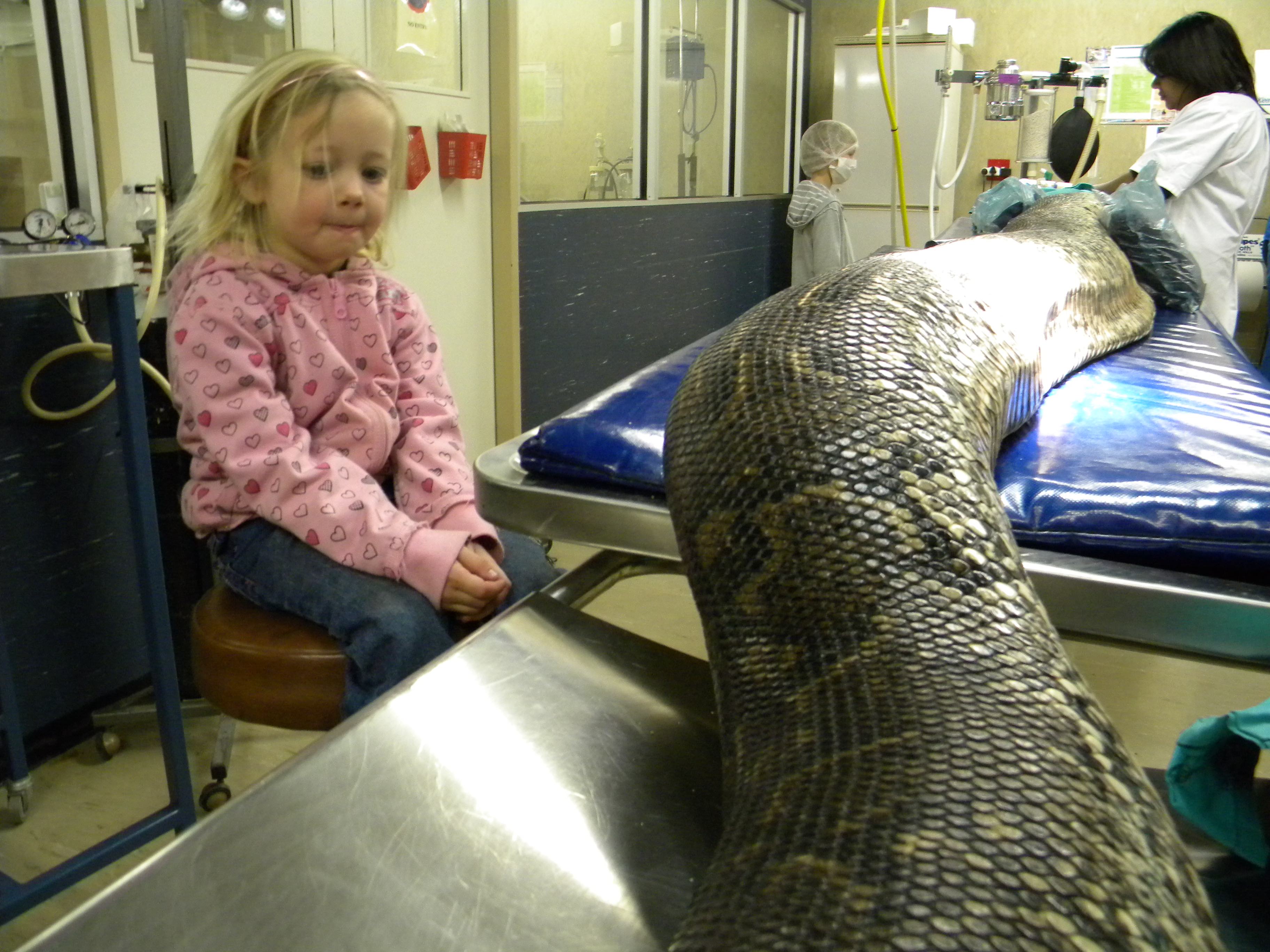 The females lay their eggs inside burrows made by aardvarks, warthogs, and porcupines. Alexander doesn’t know if any altercation does take place underground, but the mammals continue to use their subterranean chambers even after the reptilian intruders move in. He speculates the burrow owner and tenant may use different hollows, and all parties decide to give each other a wide berth.

Alexander couldn’t count how many eggs each python laid until after the hatchlings and their mother vacated the burrow. However, he monitored the goings-on inside the nesting cavity with an infrared video camera. When he broke into the chambers after their departure, he found the smallest clutch had 15 eggs and the largest, 74.

Although the mothers wrap around their eggs, they don’t rhythmically contract their muscles to raise their body temperature. Instead, two times a day, they lie at the entrance of burrow until they bake to 40ºC before returning to coil around their eggs, transferring the heat from their bodies. For the three-month incubation term, these massive mammas live an austere lifestyle, alternately sunbathing and curling around their precious loads. They don’t eat or drink.

In December, the warmest time of the year in South Africa, the young hatch. The baby snakes slit their leathery eggshells and poke their heads out, breathing air for two days before emerging. In other egg-laying species, this is the cue for mothers to leave and break their long fast.

Female Indian rock pythons, for instance, don’t even wait until their young hatch, abandoning their maternal duties about 12 days before the due date. The long months of starvation and thirst while tending to their eggs don’t seem to create any bonds.

But the emaciated southern African python moms stay put. The young take to basking in a dense mass during the day at the burrow entrance like their mothers before returning to the depths of their nest. At night, they rest in the dens within their mother’s embrace, absorbing heat from her body. These adults that had been shy earlier become defensive. When Alexander approached, they bunched their coils and prepared to strike, an indication that they might be ready to confront any predator.

Watch baby pythons leave their mother’s coils in the morning to bask near the burrow entrance.

Posted by The Alexander Herp Lab on Tuesday, 20 March 2018

After two weeks of this routine, the hatchlings slough their skins all at once and leave the safe confines of the nest. They are ready to face the world. Only now do the thin mothers crawl away to find a meal. They hunker down along game trails, waiting in ambush for a warm-blooded animal.

Recently-shed baby pythons basking near the entrance of the burrow

Posted by The Alexander Herp Lab on Monday, 19 March 2018

Time is of the essence because winter is around the corner. During the more than six months of starvation, they lose as much as 40 percent of their body mass. High body temperatures rev up metabolism. By toasting themselves every day, the mothers burn through their body’s reserves. Each effort at procreation drains female southern African pythons so much that they may take several years to regain peak condition.

Alexander writes that “fewer than half the adult females bred in any given year.” Some of them may wait until it is too late. One weak, scrawny female that couldn’t find prey in time died.

Why do they go to such extraordinary lengths endangering their own lives? Newborns cannot crawl well when their bellies are full of yolk. At this vulnerable stage, the mothers possibly shield them from many toothy jaws. Predators such as mongooses, meerkats and ratels could make short work of the youngsters.

Resting on their mothers’ warm coils may speed up the digestion of this protein store. Data from temperature loggers bear this out. Mother pythons raise their body heat more than 5ºC higher than other pythons. They trade their well-being to give their young a head start in life.

Harry Greene, an evolutionary biologist at Cornell University, and his colleagues wrote of live-bearing maternal rattlesnakes in the book Biology of the Vipers (2002). The authors describe mothers staying with their young for a few days and even chasing off the predatory southern black racer snake from their enclosure in the lab.

“As a bedrock natural historian,” says Greene, “of course I love [Alexander’s paper].” Alexander’s findings challenge the assumption that all large pythons incubate their eggs by shivering. His description of southern African pythons soaking up heat to warm their eggs and hatchlings raises new possibilities. “We have been vastly underestimating the behavioural complexity of snakes!”

Alexander suggests testing whether females become dark so they can warm up faster and also checking whether all the babies in a clutch have the same father. A litter of puff adder hatchlings, for instance, averages about three fathers, with one having as many as six dads. Southern African pythons may be similar.

Seven years is a long time to track snakes unless Alexander had an inkling of this unique behaviour. When a farm manager first told him he had seen a mother python with babies, he had dismissed that observation thinking the man had probably seen a large female with her smaller-sized suitors. A few other similar anecdotes convinced him that there was more going on.

His investigation is the first time a scientist has discovered an egg-laying snake extending her vigil to protect her offspring.

The study was published in the Journal of Zoology on March 8, 2018.