A rare cosmic alignment led to the detection of the star Icarus, which is 9 billion light years away from Earth 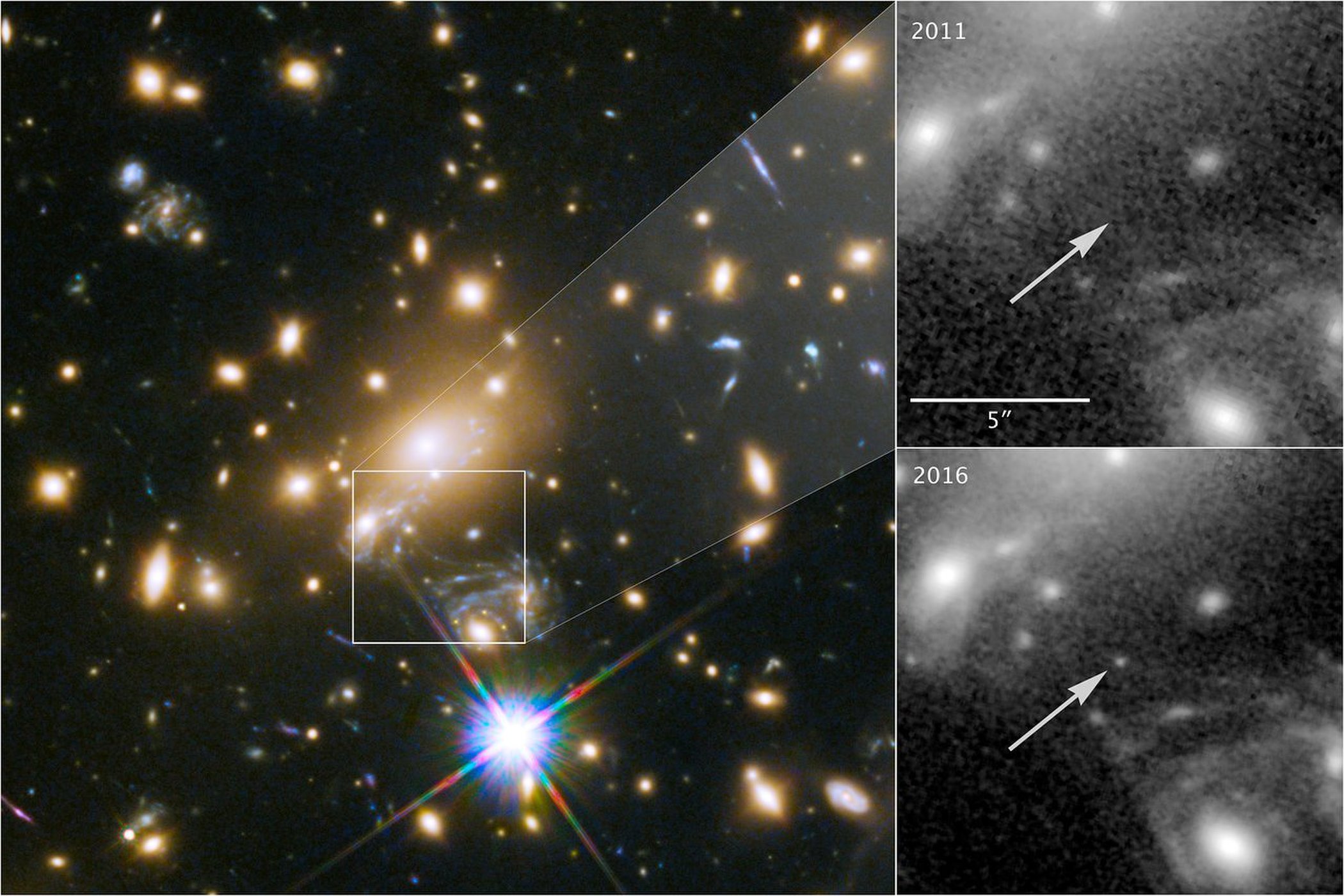 Looking into the far reaches of our cosmos, the Hubble Space Telescope detected a bright, blue star, much larger than our own Sun. What made the discovery special was the star’s distance: nine billion lightyears from Earth. In other words, the light the telescope detected was nine billion years old, almost three-fourths of the age of the universe itself.

The star has been called Icarus. Its technical designation is MACS J1149 Lensed Star 1 (LS1). Hubble spotted it when monitoring a supernova named Refsdal. The scientists operating Hubble then noticed a region in their field of view that was getting progressively brighter. It turned out to be Icarus.

“It is more than 100-times farther away than the next most distant individual star we can observe,” Patrick Kelly, the first author of the paper published in Nature Astronomy on April 2, told The Guardian.

While scientists have been able to spot galaxies farther away, this is the longest distance at which an individual star has been spotted. The farthest object the Hubble has imaged is Gn-Z11, a galaxy 13.4 billion lightyears from Earth, in 2016.

Icarus’s discovery was possible thanks to an astronomical phenomenon called gravitational lensing. This occurs when massive objects in the foreground bend and amplify the light originating from background objects, rendering them more visible.

Researchers were able to spot Icarus thanks to a galactic cluster called MACS J1149+2223 being directly between the star and the telescope. Normally, such a cluster would have resulted in a magnification of less than 600, according to Kelly said. But in a chance event, one of the stars in the cluster – of the size of the Sun – fell in position and contributed to additional magnification that brought Icarus to light.

This cosmic alignment, which boosted the brightness of Icarus by 2,000x, was “a larger telescope than we can possibly build”, according to co-author Alex Filippenko, an astronomer at University of California, Berkeley.

The team also expects that further movement of stars in the foreground galaxy could magnify Icarus by 10,000x.

The nature of the star

Kelly spotted Icarus in 2014 as a blip while observing the Refsdal supernova through Hubble. In data he gathered through 2016 and 2017, he had seen the tiny speck of light growing brighter. Its light was characteristic of a blue supergiant. Blue supergiants are much larger, hotter and thousands of times more luminous than the Sun.

The team knew that it was a star and not a supernova because the source wasn’t getting hotter or exploding, like one would “expect from gravitational lensing”.

However, Icarus itself no longer exists. Kelly told the Washington Post that blue supergiants are not expected to last for nine billion years and that Icarus is probably a black hole or a neutron star now.

The unique discovery of an individual background star also allowed researchers to test an idea related to dark matter. They wanted to check if dark matter, which is thought to make up a majority of the universe’s mass, was made up of primordial black holes many times the size of the Sun.

But Hubble data from the last 13 years suggested otherwise – as the “light fluctuations from the background star would have looked different if there were a swarm of intervening black holes,” according to a NASA release.

Icarus is expected to help us understand of how stars, especially the more luminous ones, evolve.