Why Scientists Are Confused About How Fast the Universe Is Expanding 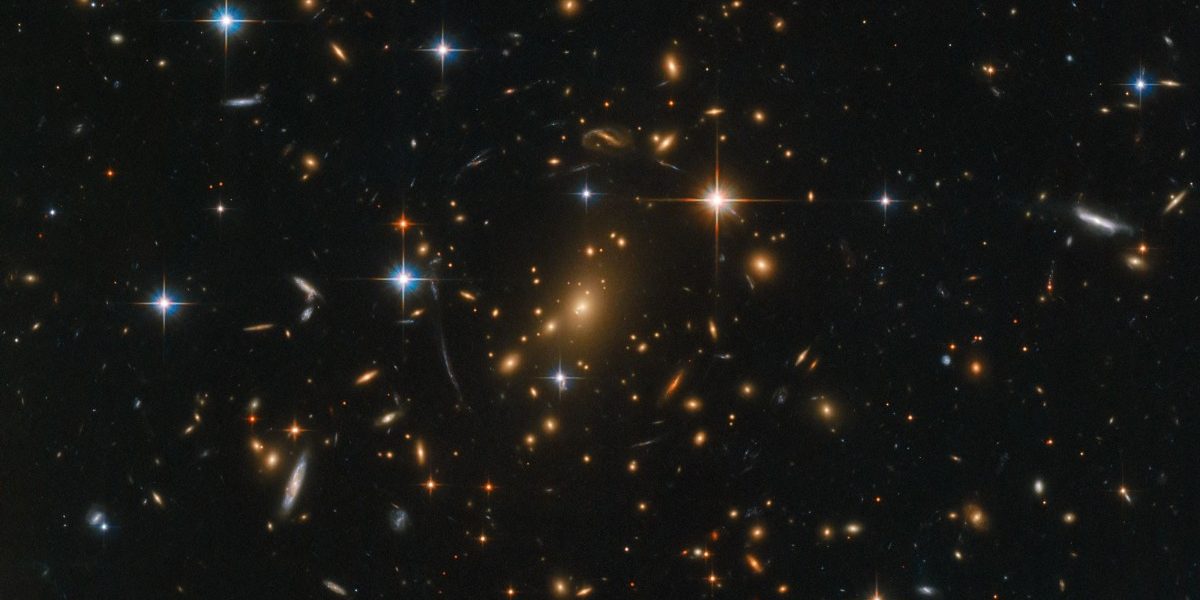 When you dive into it, scientific research isn’t as much a quest for the right answer as it is for one theory that can explain existing observations. As instruments and techniques improve in sensitivity and accuracy, new observations challenge our pre-existing models and allow us to find better, more accurate explanations.

The Hubble constant – a number that denotes how fast the universe is expanding – is going through a similar phase of disagreement. Scientists who used different ways to measure the constant have calculated different values, which is not supposed to happen and suggests we’re missing something. Indeed, many wonder if this might be occasion to revise our current understanding of the early universe, dark matter, particle physics, even the shape of the universe.

In 1927, an American astronomer named Vesto Slipher observed different frequencies of light, a.k.a. spectra, from 46 galaxies. He found that the spectra were all shifted towards the red end of the electromagnetic spectrum. The faster an object recedes from an observer, the more its spectrum appears red-shifted. Ergo, the galaxies were all moving away from Earth.

In 1929, Edwin Hubble calculated how fast each galaxy was moving away at a given distance. What he found was in line with the deduction of one of his peers in Belgium, Georges Lemaître: that the farther away a galaxy was, the faster it was moving away. This can be represented in a simple formula: v = Ho d. Ho is called the Hubble constant; the larger it was, the faster the universe would be expanding. However, the exact value of Ho has been hard to pin down since.

Also read: A Universe Out of Sight

It is relatively easy to measure how fast the galaxies are receding. The problem lies with measuring the distances to galaxies. Objects that are farther away appear dimmer, so if we know the intrinsic brightness of an object, we can compare that with the observed brightness and figure out how far away it is.

When Hubble calculated his eponymous constant, he obtained a value of 500 km per second per megaparsec (km/s/Mpc) – that is, objects 1 megaparsec away were moving away at 500 km/s.

In his time, astronomers used a type of stars called Cepheid variables, discovered by Henrietta Swan Leavitt in 1912, as distance indicators. The brightness of these stars varied in periodic fashion, so astronomers could deduce their current brightness simply by measuring the time elapsed between two brightness peaks.

Later, another class of objects presented itself as distance indicators. These were the Type Ia supernovae – a kind of end-of-life star explosion that had the same brightness irrespective of which star had died this way. When astronomers used these objects to calculate Ho, they found it to be only 50-90 km/s/Mpc. Initially, the instruments used to make these measurements weren’t very accurate, so people hoped the discrepancy would vanish with more sensitive instruments.

In 1998, other astronomers made a major discovery: that the universe’s expansion was accelerating. This was attributed to dark energy, an intrinsic energy of the vacuum of space, about which we know very little, that was pushing the universe apart. In 2015, scientists used data from the Planck satellite, which studied the radiation left over from the Big Bang, together with a popular theory that accounts for the effects of dark energy on the universe to calculate Ho to be 67.8 ± 0.9 km/s/Mpc.

This caused confusion: two precise techniques had two different values of a number that had to be the same throughout the universe.

In April 2016, an American astronomer named Adam Riess, one of the three scientists who had made the accelerating expansion discovery, and his team set out to try and resolve the issue. They studied Cepheid variables and Type Ia supernovae in nearby galaxies with great precision to calculate the value of Ho in the local universe, and then compare that to data from the Planck satellite.

It is as if we are not able to agree on how fast the universe is expanding.

Also read: Is the Universe As We Know it Stable?

Wendy Freedman, an astronomer at the University of Chicago, is known for her work on calculating the value of the Hubble constant. She used data from the July 2019 paper in a new attempt to stem the proliferation of Ho values. Ironically, she and her team ended up with a new number: her paper, due to appear in the Astrophysical Journal, presents Ho to be 69.8 0.8 km/s/Mpc.

These multiple distinct values are all very precise, and prompt us to consider modifying our current theories in cosmology and particle physics, among others, to explain them and offer potential sources of difference.

A robust scientific theory is one that successfully explains current observations and measurements as well as makes testable predictions. Scientific research is ultimately a process involving numerous checkpoints: each new discovery that disagrees with the current framework of our understanding of the world prompts us to modify it. So while the different values of the Hubble constant are frustrating, it is also an exciting time to be a cosmologist.

Sakhee Bhure graduated with a BS in astronomy and astrophysics from the Florida Institute of Technology. She is interested in writing about science.