Magnified image of the woman (left) and the man. They were placed in a supine position with arms and legs extended. The man's head faced towards the woman. The asterisk indicate the banded agate bead found near the right clavicle of the woman. Inset is the magnified image of a bead. Scale bar is 2 cm. Caption and credit: Anat Cell Biol. 2018 Sep;51(3):200-204

A group of archaeologists have found the remains of a man and a woman buried together at a 4,500-year-old site of the Harappan civilisation.

According to their peer-reviewed paper, their finding is “the first anthropologically confirmed case of coupled burial from a Harappan cemetery.”

The cemetery was located in modern-day Rakhigarhi, Haryana. This was the largest settlement in the Harappan civilisation of the 1,200+ sites, and housed tens of thousands of people. 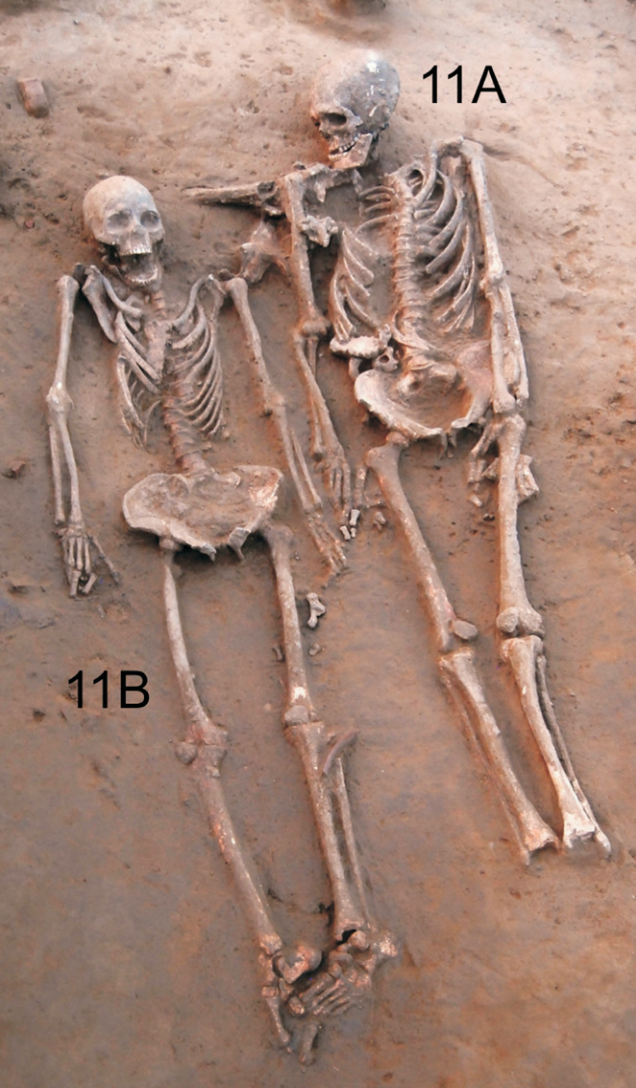 The two skeletons. Their heads were placed towards the north. The bones in the man’s feet were missing at the time of discovery. Caption and credit: Anat Cell Biol. 2018 Sep;51(3):200-204

Vasant Shinde, the group’s leader and an archaeologist at Deccan College, Pune, told BBC that the man and the woman were facing each other in an “intimate way” and that they “seemed to have died at the same time”.

The man was aged about 35 and the woman, about 25. The group hasn’t been able to discern their causes of death.

“The first archaeologically confirmed case” alludes to the fact that joint burials have been discovered before, but not necessarily coupled burials.

The researchers write in their paper,

For instance, a Harappan joint burial discovered at Lothal [in Gujarat] was regarded as a probable instance of a widow’s self-sacrifice demonstrative of grief over her husband’s death. Others contrarily claimed that it was difficult to estimate the sexes of the individuals, and that therefore, they might not have been a couple.

The self-sacrifice angle was never proven and has remained in the realm of speculation.

But the present study seems more conclusive, though not completely so, on the question of whether the man and the woman were indeed a couple. And that’s why the authors think their report is of particular “academic significance”.

They also emphasise that couple burials were not emblematic of how the Harappans treated their dead. It’s just that, in this case, the man and the woman are quite likely to have died at the same time, so were buried together.

As joint burials are important for inferring historical family structures and the broader society they represent, more studies on Harappan graves of that type are requisite.

According to BBC, the grave was about 500 cm deep. The man was about 5′ 8″ tall and the woman was 5′ 6″. A closer inspection of their bones didn’t throw up any signs of injury or other damage.

The grave also included a few earthen pots filled with food and jewellery. This is not unusual because the Harappans are known to have believed in life after death, and also because ‘royal’ burials are unheard of in the civilisation. 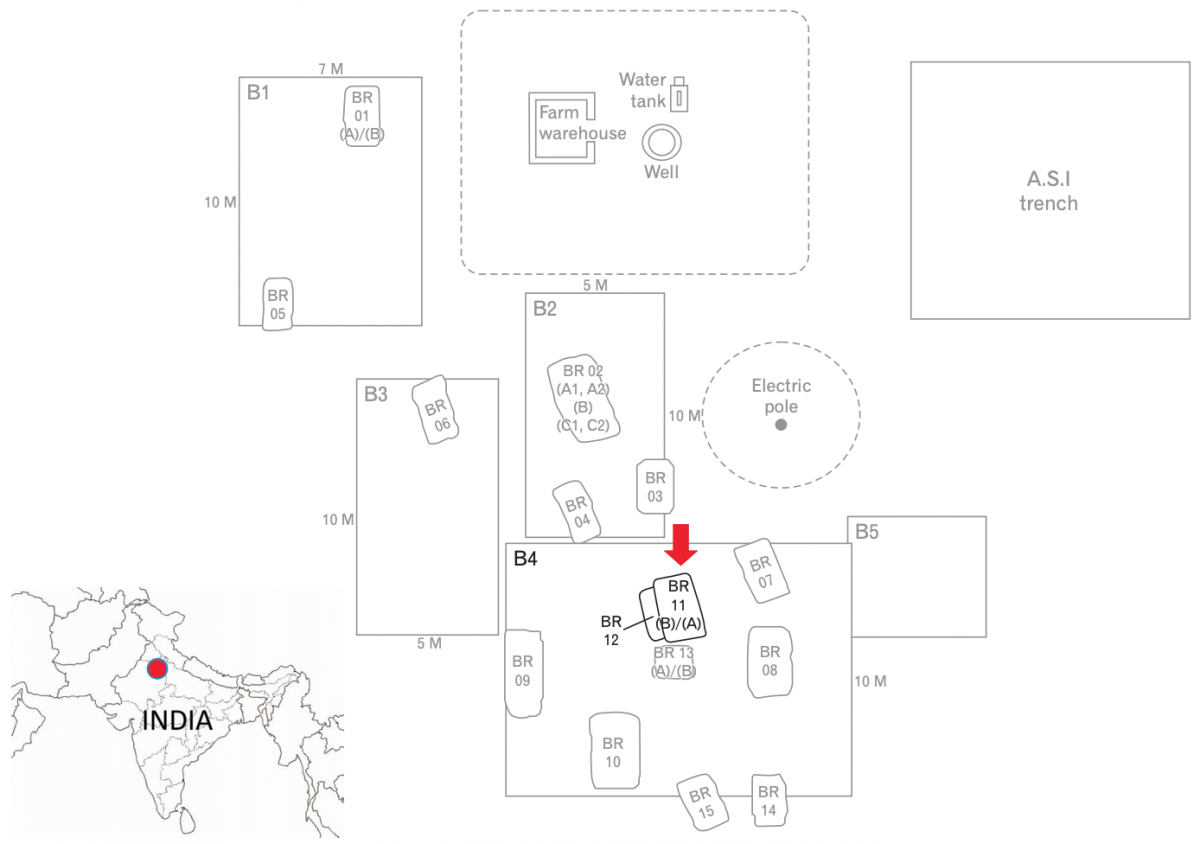 Archaeologists have discovered other ‘couple burials’ in different sites around the world. To quote from the paper:

In one case, archaeologists discovered in the Italian village of Valdaro a Neolithic burial in which grave the individuals seemed to be in an embrace. In another joint burial reported from Andronovo in the Novosibirsk region (Russia), the individuals were facing each other with their hands held. Another case is that of the Alepotrypa Cave (Greece), a Neolithic burial in which well-preserved 5,800-year-old skeletons were found embraced, their arms and legs interlocked. There have also been additional reports on ancient couples discovered in the Mesolithic Ganga Valley (India) and Chalcolithic Deccan (India), among still others.