The Exoplanet That Changed How We See the Solar System, and the Universe

The Nobel Prize for Didier Queloz and Michel Mayor is in recognition of their willingness to stand by their data, seeing a planet where others didn’t. 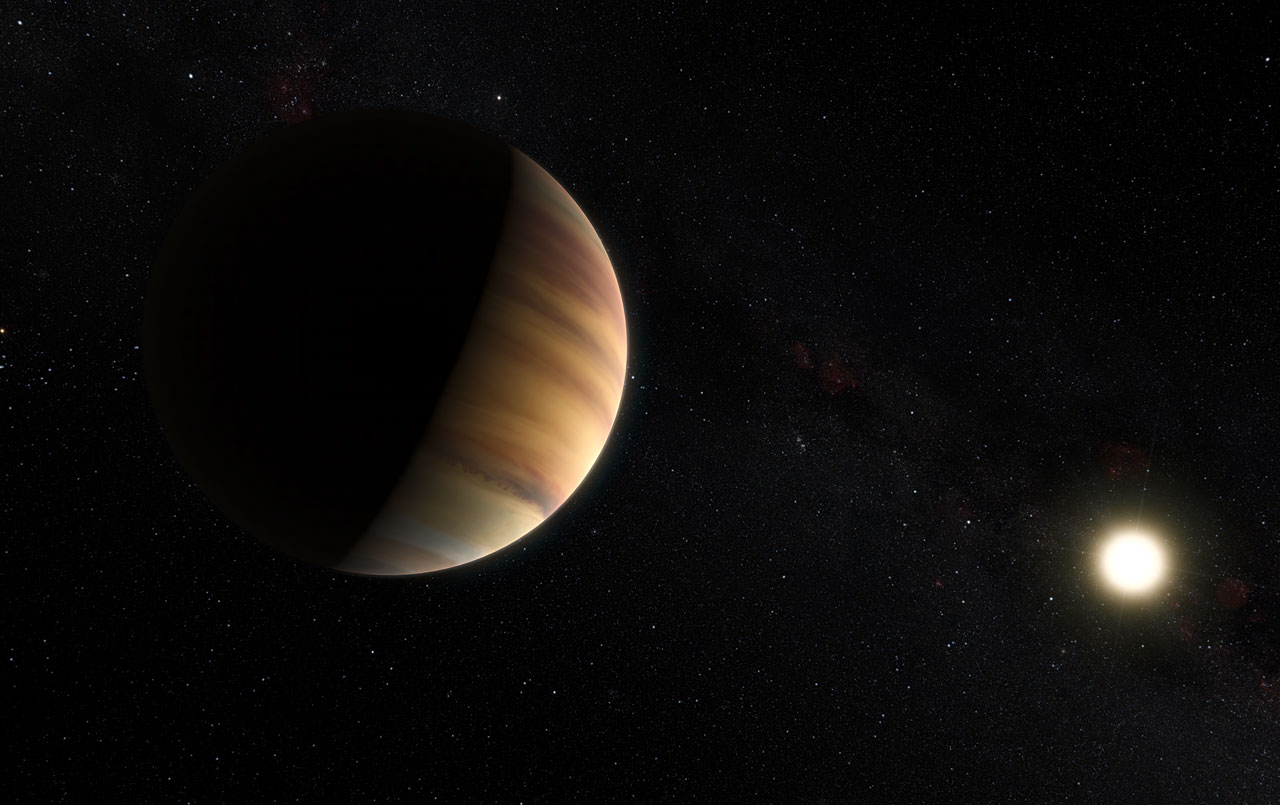 An artist’s impression of the exoplanet 51 Pegasi b. Photo: esoastronomy/Flickr, CC BY 2.0

In 1992, Aleksander Wolszczan and Dale Frail became the first astronomers to publicly announce that they had discovered the first planets outside the Solar System, orbiting the dense core of a dead star about 2,300 lightyears away. This event is considered to be the first definitive detection of exoplanets, a portmanteau of extrasolar planets. However, Michel Mayor and Didier Queloz were recognised today with one half of the 2019 Nobel Prize for physics for discovering an exoplanet three years after Wolszczan and Frail did. This might be confusing – but it becomes clear once you stop to consider the planet itself.

51 Pegasi b orbits a star named 51 Pegasi about 50 lightyears away from Earth. In 1995, Queloz and Mayor were studying the light and other radiation coming from the star when they noticed that it was wobbling ever so slightly. By measuring the star’s radial velocity and using an analytical technique called Doppler spectroscopy, Queloz and Mayor realised there was a planet orbiting it. Further observations indicated that the planet was a ‘hot Jupiter’, a giant planet with a surface temperature of ~1,000º C orbiting really close to the star.

In 2017, Dutch and American astronomers studied the planet in even greater detail. They found its atmosphere was 0.01% water (a significant amount), it weighed about half as much as Jupiter and orbited 51 Pegasi once every four days.

This was surprising. 51 Pegasi is a Sun-like star, meaning its brightness and colour are similar to the Sun’s. However, this ‘foreign’ system looked nothing like our own Solar System. It contained a giant planet much like Jupiter but which was a lot closer to its star than Mercury is to the Sun.

Astronomers were startled because their ideas of what a planetary system should look like was based on what the Solar System looked like: the Sun at the centre, four rocky planets in the inner system, followed by gas- and ice-giants and then a large, ringed debris field in the form of an outer asteroid belt. Many researchers even thought hot Jupiters couldn’t exist. But the 51 Pegasi system changed all that.

It was so different that Queloz and Mayor were first met with some skepticism, including questions about whether they’d misread the data and whether the wobble they’d seen was some quirk of the star itself. However, as time passed, astronomers only became more convinced that they indeed had an oddball system on their hands. David Gray had penned a paper in 1997 arguing that 51 Pegasi’s wobble could be understood without requiring a planet to orbit it. He published another paper in 1998 correcting himself and lending credence to Queloz’s and Mayor’s claim. The duo received bigger support by inspiring other astronomers to take another look at their data and check if they’d missed any telltale signs of a planet. In time, they would discover more hot Jupiters, also called pegasean planets, orbiting conventional stars.

Also read: Famous Exoplanet Detected In 1995 Found to Have Water In Its Atmosphere

Through the next decade, it would become increasingly clear that the oddball system was in fact the Solar System. To date, astronomers have confirmed the existence of over 4,100 exoplanets. None of them belong to planetary systems that look anything like our own. More specifically, the Solar System appears to be unique because it doesn’t have any planets really close to the Sun; doesn’t have any planets heavier than Earth but lighter than Neptune – an unusually large mass gap; and most of whose planets revolve in nearly circular orbits.

Obviously the discovery forced astronomers to rethink how the Solar System could have formed versus how typical exoplanetary systems form. For example, scientists were able to develop two competing models for how hot Jupiters could have come to be: either by forming farther away from the host star and then migrating inwards or by forming much closer to the star and just staying there. But as astronomers undertook more observations of stars in the universe, they realised the region closest to the star often doesn’t have enough material to clump together to form such large planets.

Simulations also suggest than when a Jupiter-sized planet migrates from 5 AU to 0.1 AU, its passage could make way for Earth-mass planets to later form in the star’s habitable zone. The implication is that planetary systems that have hot Jupiters could also harbour potentially life-bearing worlds.

But there might not be many such systems. It’s notable that fewer than 10% of exoplanets are known to be hot Jupiters (only seven of them have an orbital period of less than one Earth-day). They’re just more prominent in the news as well as in the scientific literature because astronomers think they’re more interesting objects of study, further attesting to the significance of 51 Pegasi b. But even in their low numbers, hot Jupiters have been raising questions.

Also read: What Have We Learnt About Exoplanets From the Kepler Mission?

For example, according to data obtained by the NASA Kepler space telescope, which looked for the fleeting shadows that planets passing in front of their stars cast on the starlight, only 0.3-0.5% of the stars it observed had hot Jupiters. But observations using the radial velocity method, which Queloz and Mayor had also used in 1995, indicated a prevalence of 1.2%. Jason Wright, an astronomer at the Pennsylvania State University, wrote in 2012 that this discrepancy signalled a potentially deeper mystery: “It seems that the radial velocity surveys, which probe nearby stars, are finding a ‘hot-Jupiter rich’ environment, while Kepler, probing much more distant stars, sees lots of planets but hardly any hot Jupiters. What is different about those more distant stars? … Just another exoplanet mystery to be solved…”.

All of this is the legacy of the discovery of 51 Pegasi b. And given the specific context in which it was discovered and how the knowledge of its existence transformed how we think about our planetary neighbourhoods and neighbourhoods in other parts of the universe, it might be fair to say the Nobel Prize for Queloz and Mayor is in recognition of their willingness to stand by their data, seeing a planet where others didn’t.