The Hidden Mutations That Could Help You Evolve Better

Noted evolutionary biologists like Stephen Jay Gould and others began to pay attention to the role of cryptic mutations in the mid-20th century but scientists didn't have the tools to study them until recently. 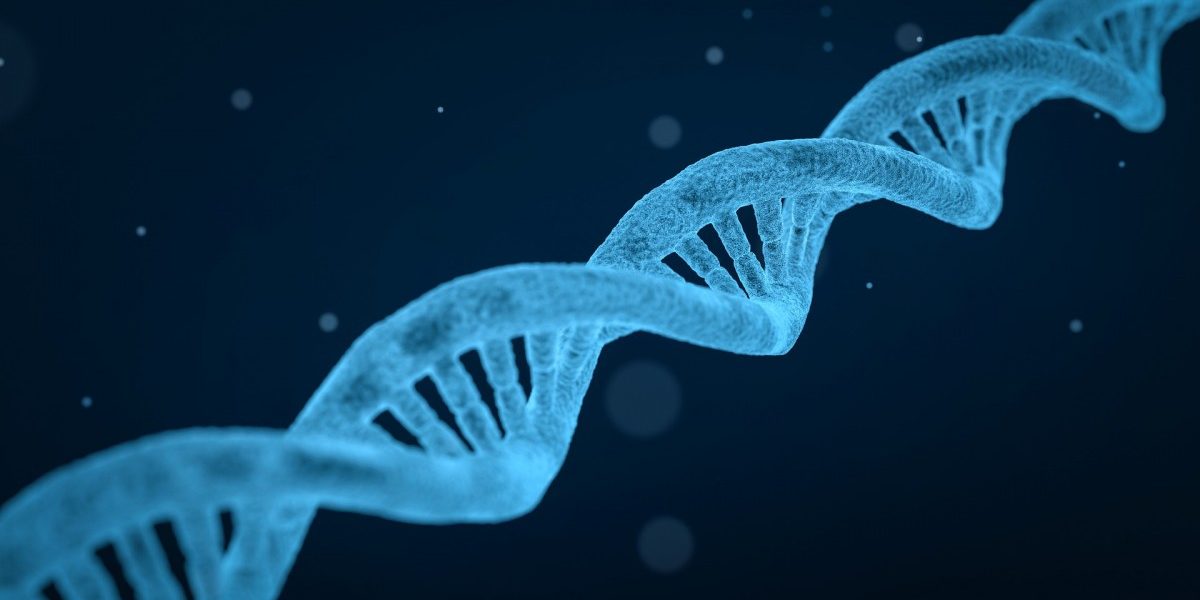 Since Charles Darwin published his book On the Origin of Species in 1859, we’ve known that biological differences between individuals of the same species, a.k.a. variation, drives evolution. However, Darwin had accounted only for the visible differences, and scientists have since found that there’s more to the story.

There’s a kind of hidden variation that has stayed out of sight, called cryptic variations. They are the result of mutations in an organism’s genome that don’t affect the organism’s visible traits (when they first occur) – but they are there nonetheless.

These hidden genetic changes are thought to be important for evolution to work. But apart from the results of a few computer simulations and some scattered observations, scientists don’t know much about how cryptic mutations work.

A new study by Andreas Wagner, an evolutionary biologist at the University of Zürich, and his colleagues tries to understand just this. The team worked with populations of Escherichia coli, a bacterium found in the human gut, that carried a gene called yfp that made a protein called YFP that allowed it to glow yellow.

First, the researchers mutated the yfp gene in different ways and then picked those E. coli whose glow deviated the least from the original yellow. They did this over and over, each time tightening the selection. This way, they were able to put together an E. coli population that contained numerous cryptic mutations and still retained the original yellow glow.

Next, they began selecting for E. coli that glowed green. This way, the E. coli would have to adapt to a new environment and in the process the effects of their cryptic mutations could come to light.

The team also found that the E. coli that had accumulated cryptic mutations adapted using novel strategies they wouldn’t have been able to use if the mutations didn’t exist. It was almost as if the mutations prepared the creatures to be able to evolve in different ways in the face of a changing environment.

The larger an organism is, the more types of mutations it can harbour simply because it has more DNA molecules that can be mutated. But this also means it is harder for scientists to track and study these mutations and their effects.

However, Wagner is confident that what they’ve seen on one part of the E. coli genome could apply to the whole thing: “What you’re going to see on the small scale of a protein is going to be much more prominent on the larger scale of an entire genome.”

Noted evolutionary biologists like Stephen Jay Gould and others began to pay attention to the role of cryptic mutations in the mid-20th century but scientists didn’t have the tools to study them until recently. 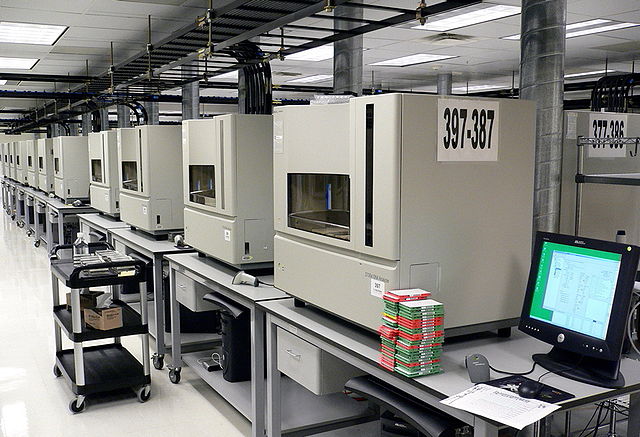 A row of DNA sequencing machines. Caption and photo: jurvetson/Flickr, CC BY 2.0

Christopher Marx, an evolutionary biologist at the University of Idaho, told The Wire that up until 2004, “experimental evolution was kind of like population genetics without the genetics”. There was no way to track the subtle signals of cryptic mutations in the sea of all mutations using the traditional methods of genetics. But things changed, according to Marx, when genetic sequencers showed up about a decade ago.

Studies like Wagner’s are expected to help resolve a longstanding debate in evolutionary biology. Around five decades ago, evolutionary biologists were split into two camps: the neutralists and the adaptationists. The neutralists argued that random neutral mutations were responsible for an appreciable fraction of variation within a population. The adaptationists contended that the population actively selected for adaptive traits, giving rise to the variation.

“What we’ve learned since is that whether a mutation is neutral or whether it is good or bad can change,” Wagner said. “And it can change depending on the environment and the context of other mutations that occur around it.” This strikes at the heart of cryptic variations, so “we should take a more nuanced perspective on neutral mutations.”

An esoteric debate isn’t the only thing at stake; there are practical applications, too, if only on the horizon. For example, protein engineers could use cryptic mutations to build better proteins. “Here’s a recipe for them: create populations with a lot of cryptic variation and expose them to new selection pressures,” Wagner suggested, “and that [could] accelerate the evolution of new, interesting and potentially important protein phenotypes.”

Such proteins could be quite useful for devising new pharmaceuticals as well as in the production of biofuels.

Much of what we know about cryptic mutations has been gleaned only in the last decade or so, and there’s a long way to go. Now “we know the mutations, which is great,” Marx said, “but we have to figure out what they mean.”