Cosmology Without Philosophy Is like a Ship Without a Hull

The cosmological principle is fundamental to our understanding of how the Universe evolved, expanding from a uniform, hot plasma and cooling to form the intricate cosmic web we can now see through our telescopes. 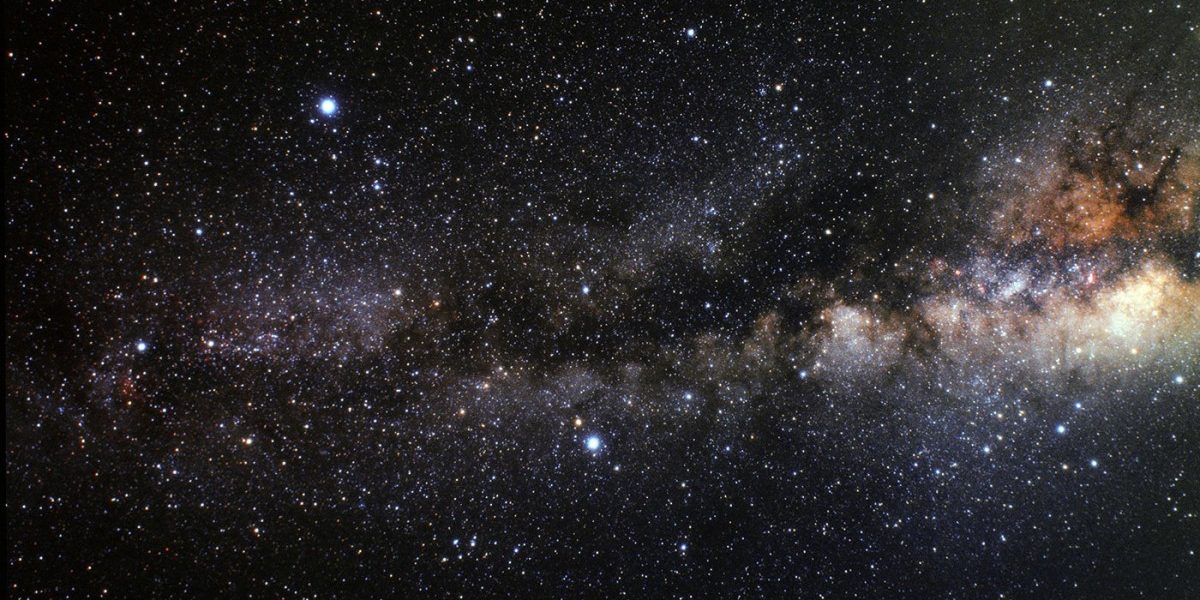 Like astronomy, the study of celestial objects, cosmology can only really test its theories via observation, rather than experimentation. Courtesy: NASA

What is it with the philosophy-haters in astrophysics and cosmology? From the late Stephen Hawking’s claim that ‘philosophy is dead’, to Steven Weinberg’s chapter-long jeremiad ‘Against Philosophy’ in Dreams of a Final Theory (1992), plenty of physicists and astrophysicists think that philosophy is useless, or at least useless to science. At the same time, Hawking and his co-author Leonard Mlodinow put forward an approach to scientific enquiry called ‘model-dependent realism’ in The Grand Design (2010), while Weinberg’s book argues passionately – and philosophically – against logical positivism and metaphysics. If it’s so useless, why have Hawking and Weinberg – and Neil deGrasse Tyson, Lawrence Krauss and other anti-philosophites – so often engaged in philosophical discourse?

Despite what the haters might think, all areas of science confront questions that can’t be answered within the process of science itself. Whenever scientists examine the best way to test a theory or wonder how scientific models relate to reality, they’re doing philosophy. But in its unique position as the study of the whole of existence, cosmology, in particular, is full of philosophical puzzles and positions.

In fact, there’s a philosophical belief hiding at the very heart of cosmology. The cosmological principle states that, on large scales, the Universe is homogeneous (looks the same at all locations) and isotropic (looks the same in all directions). For example, the view from a ship in the middle of the ocean would be isotropic but, when land is in sight, the view is not the same in all directions. The ocean surface itself is homogeneous, perhaps, until you get near the shore.

The cosmological principle is fundamental to our understanding of how the Universe evolved, expanding from a uniform, hot plasma and cooling to form the intricate cosmic web we can now see through our telescopes. To assume homogeneity and isotropy everywhere, one must first average over insignificant, smaller differences, such as whole planets and even galaxies. The cosmological principle is thus a statistical principle: it is true only if you apply it to large-enough scales.

But even then, it might not be true. The Universe need not be homogeneous; Albert Einstein’s theory of gravity works just fine if it isn’t, and gravity causes structures to grow over time, exaggerating tiny initial differences. (Whether these initial differences came from the ‘quantum fluctuations’ of virtual particles popping into and out of existence, or some other – weirder? – theory is unresolved.)

So scientists are left in a state of hesitant acceptance. The cosmological principle is foundational to how we describe the evolution of the Universe, yet so far we’ve been unable to prove that it’s necessarily true. Attempts to measure whether the Universe is homogeneous – or at what scale it becomes homogeneous – have met with mixed results. But cosmological isotropy has indeed been observed: the Cosmic Microwave Background radiation, emitted from everywhere in the Universe a few hundred thousand years after the Big Bang, is isotropic to one part in 100,000. Analogously, our ship in the ocean might see tiny differences, such as little choppy waves, but the view is largely isotropic.

Now, it’s possible to get isotropy without homogeneity. To an observer in the centre of a spherical distribution of matter, things look the same in all directions, but such a distribution need not be homogeneous. However, many cosmologists are content to believe that homogeneity at some scale exists, whether or not it’s been measured – because with the help of a non-empirical, philosophical principle, homogeneity logically follows from isotropy.

This is known as the Copernican principle, which states that there are no privileged observers – we are not in a special place in the Universe, and the centre is certainly a very special place. By this principle, the Universe must be isotropic everywhere, from all vantage points and not just ours – and in order for that to be true, the Universe must be homogeneous as well. If every ship sees a view that looks isotropic, there must be no land to make things look any different, so the ocean must be the same at each location.

The significance of these positions in cosmology is just one way in which the discipline piggybacks on philosophical arguments. Like astronomy, the study of celestial objects, cosmology can only really test its theories via observation, rather than experimentation. We cannot run experiments on the Universe as a whole, any more than we can explode a star in a lab. (Even if we could explode a star in a lab, one might take the philosophical position that we shouldn’t.) But while astronomers are building telescopes to observe millions of galaxies or a billion stars, there is only one Universe (or, if you must, only one multiverse). Furthermore, we’re stuck with one vantage point on it, and can observe only a limited (though very large) volume of the Universe. These limitations mean that philosophical choices will always play a role in building and testing cosmological theories.

Besides matters of method, the content of cosmology raises philosophical questions about the nature of existence. Cosmology deals with beginnings, in the most fundamental way possible. Did the Universe begin in the initial singularity of the Big Bang? Did time itself? (And does that question even make sense?) Or do singularities – points of localised infinity, such as black holes – signify a problem with our theories? Perhaps we should prefer cyclical cosmologies, in which the Big Bang was preceded by the demise of some past universe, out of which our own Universe was born. And if it’s not possible to reproduce the conditions of the early Universe – if these high energies are inaccessible to any conceivable particle accelerators we could possibly build – how do we even go about addressing these puzzles?

It’s not necessarily the cosmologist’s job to ponder or answer such questions, much as it’s not the job of a philosopher of science to come up with a ‘theory of everything’. But cosmologists might benefit from a more willing collaboration with their philosophical fellow-travellers. With so many scientists stuck on theories such as Popperian falsification, and as particle physicists and cosmologists wade in muddy anthropic reasoning about multiverses, we could sure use some help. The growing number of philosophy of cosmology initiatives might be a sign that the outlook is improving, notwithstanding the haters. The example of the cosmological principle reminds us that cosmology is full of philosophical choices, whether we realise it or not.