Controversy and Confusion Over The Hindu's Report of Bengaluru Scientists' Study

The study had found that a type of virus called filoviruses could have jumped from bats to humans in the South Asia region based on blood samples obtained from individuals in Nagaland. 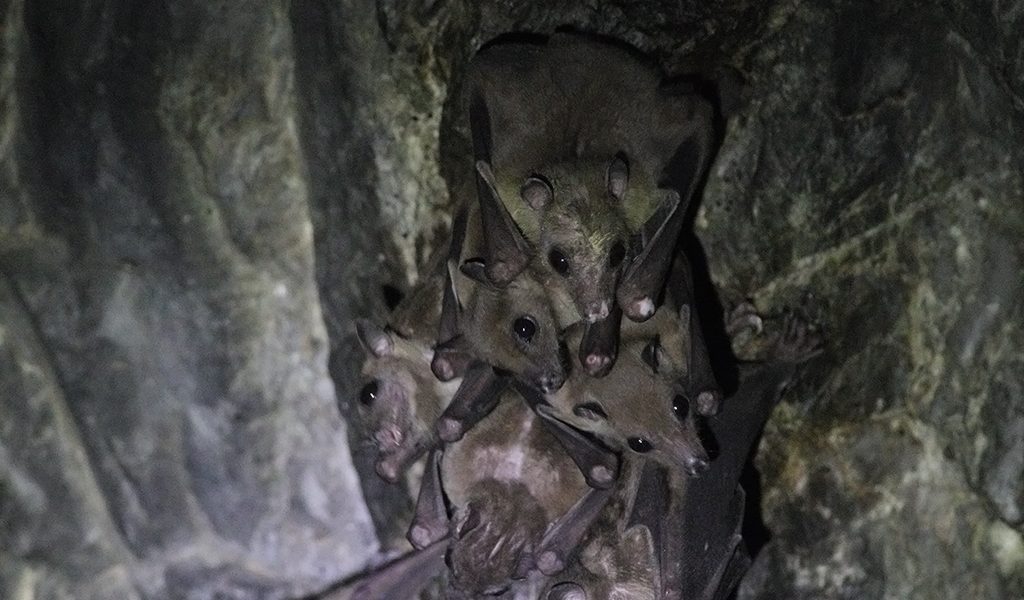 A controversy erupted on the morning of February 3 after The Hindu newspaper reported that the government had ordered an inquiry into a study by scientists from Bengaluru – among other places – published on October 31, 2019, implying major procedural irregularities. While the report wasn’t clear, rumours surfaced during the day that the issue may have had to do with lack of informed consent.

Later in the day, however, the National Centre for Biological Sciences (NCBS), the institute that the Bengaluru scientists are affiliated with and which is funded – among other sources – by the Department of Atomic Energy, issued a statement rejecting the unspecified allegations and elaborating on the issue.

The study had found that a type of virus called filoviruses, which includes the Ebola and Marburg viruses, could have jumped from bats to humans in the South Asia region based on blood samples obtained from individuals of the Bomrr clan in India’s Nagaland.

Every year, the Bomrr smoke a cave full of bats of two species; as the mammals exit through the mouth, they are hunted and killed. In 2017, the research group, led by the scientists from NCBS, sensed an opportunity to study bats and humans together in a limited area. They obtained blood samples from 85 members of the Bomrr, with written consent in their native tongue. They also obtained kidney, lung and spleen samples from the two species of bats inhabiting the cave.

Aside from a team from NCBS, members of the study group also included researchers from the Duke-National University of Singapore (Duke-NUS) Medical School. According to the NCBS statement, the samples the NCBS team had obtained “were tested at NCBS using technologies supplied by Duke-NUS. The test results were shared with the Duke-NUS team to compare with the data obtained from their Southeast Asian studies.”

As The Wire reported at the time, “When the researchers chemically analysed filovirus strains from the humans and the bats, they found the samples from [one bat species] displayed the same reactivity pattern as that from the humans. This suggested that bats and humans had exchanged the virus but the virus hadn’t affected the humans.”

David Hayman, a professor of infectious disease ecology at Massey University, New Zealand, had elaborated on the implications, for The Wire: “First, there may be more than one type of virus circulating in this region of Asia, but it is not clear what they are yet, because this study detected antibodies and not the viruses themselves. Second, key … groups of people can be at risk of infection.”

The study was published in the reputed open-access journal PLOS Neglected Tropical Diseases. (The Hindu report mentioned that this journal was “originally established” by the Bill and Melinda Gates Foundation; this is partly true: the journal was founded in 2007 by American paediatrician Peter Hotez with support from the Gates Foundation, under the Public Library of Science, a nonprofit publisher. As an open access journal, it levies an article-processing charge of $2,350 per accepted paper, with assistance/waivers on a case-by-case basis.)

Accompanied by a graphic entitled ‘Steeped in secrecy’, The Hindu wrote in its report, “The study came under the scanner as two of the 12 researchers belonged to the Wuhan Institute of Virology’s Department of Emerging Infectious Diseases, and it was funded by the US Department of Defence’s Defence Threat Reduction Agency (DTRA). They would have required special permissions as foreign entities.”

This special permission is provided by the Indian Council of Medical Research (ICMR), in the form of an approval by the Health Ministry Screening Committee (HMSC). Specifically, HMSC approval “is required for clinical trials and observational studies, where there is foreign collaboration and money will be transferred into India” (source).

Wuhan has been in the news of late thanks to the 2019 novel coronavirus, or 2019 nCoV, whose first recorded case of infection was registered in this city, the capital of China’s Hubei province, in December 2019 and whose spread through China and then 23 other countries has prompted the World Health Organisation to declare a “global health emergency”. However, contrary to the news report’s headline – ‘Coronavirus: Wuhan institute’s study on bats and bat hunters in Nagaland to be probed’ – the NCBS study does not concern 2019 nCoV in any way.

Also read: 2019 Novel Coronavirus: How We Got From the First Case to Today

The Hindu also wrote that the ICMR had concluded its review and had submitted its findings to the Union health ministry. Mukund Thattai, the head of academics at NCBS and a computational cell biologist, told The Wire that the institute had not received a copy.

By 7 pm in the evening, the news report had fanned rumours on Twitter about Indians being unwitting “guinea pigs” (see here and here for examples) in experiments by Chinese and American researchers.

In its clarificatory statement, NCBS wrote:

“Researchers from the Wuhan Institute of Virology were not directly involved in the study. They were listed co-authors ONLY because they supplied reagents critical to the study to Duke-NUS. This is standard practice for scientific authorship. The corresponding author of the study is affiliated to Duke-NUS. Therefore, the funding statement of the paper mentions funding obtained by Duke-NUS from the US DTRA. NCBS is not a direct recipient of research funds from DTRA.”

Thattai told The Wire that the “primary applicant” on the US Department of Defence grant “was the Duke-NUS principal investigator, with the NCBS researcher as collaborator,” and that “those funds went directly to Duke-NUS.”

However, he continued that “there were funds transferred from Duke-NUS to NCBS as part of the joint study reported in the PLOS paper, and Duke-NUS also provided analytic reagents.” He also said the Department of Atomic Energy had approved the study and had “given security clearance to the Duke-NUS collaborator. But the ICMR brought to our notice that this still requires, in addition, an HMSC/ICMR approval.”

That the research group had not obtained HMSC approval for this particular corpus of funds could have triggered the inquiry. However, The Wire couldn’t independently confirm this possibility; ICMR officials, including Balram Bhargava, the director general of ICMR, had not responded to multiple requests for comment at the time of publication.

An ICMR team is believed to have already visited the institute “and reviewed the study,” according to Thattai, and submitted another corresponding report to “the relevant authorities”. In sum, “we are fully cooperating with their recommendations,” Thattai said, adding that the institute’s ethics committee will in future flag “requirement for this permission in such cases, in addition to DAE permission”.