Chemistry Nobel for Lithium-Ion Batteries That Power Smartphones to Spacecraft

Thus far, 183 people have been awarded the chemistry prize, of which only five have been women. 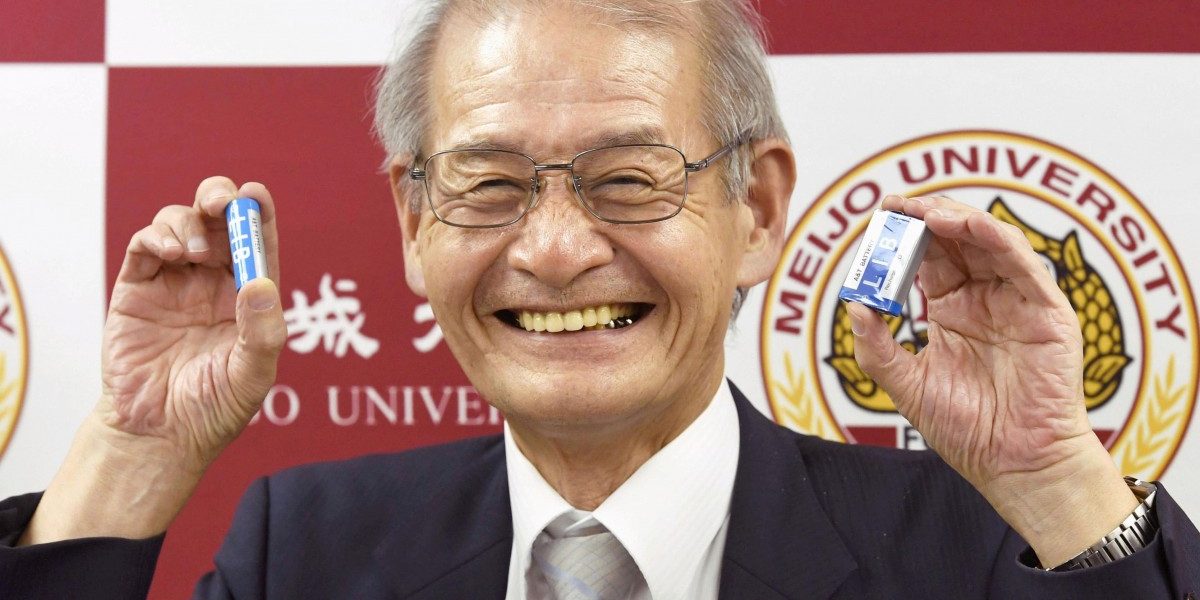 The 2019 Nobel Prize for chemistry has been awarded to John B. Goodenough, Stanley Whittingham and Akira Yoshino for the development of lithium-ion (Li-ion) batteries.

With this award, Goodenough becomes the older laureate to have won the prize at 97.

Li-ion batteries have powered the modern information and communication technologies revolution because they are small, light-weight, safe to use and are rechargeable.

A presentation at the Nobel Forum accompanying the announcement called the invention of this class of batteries “phenomenal”.

Lithium is the least dense metal in the periodic table and is highly electropositive, i.e. willing to give away one of its electrons from each atom. These properties work in the battery’s favour, and Goodenough, Whittingham and Yoshino worked on ways to capitalise on them to build a battery that has since become ubiquitous in modern life.

Whittingham discovered that titanium disulphide was a good cathode to use in a battery because this compound’s lattice structure allowed lithium ions to move through easily. Additionally these two materials work also well together to give rise to a substantial battery voltage of 2 volts.

However, Li’s reactivity with titanium disulphide made the combination unsuitable. Scientists first figured they would simply replace lithium with a different metal, but they soon realised that the high voltage the battery provided could be achieved only with lithium ions in the picture.

Around 1980, Goodenough discovered that cobalt oxide was an even better cathode. He also found that a battery made of titanium disulphide anode and cobalt oxide cathode could provide up to 4 volts when lithium ions were the charge providers, thanks to the affinity of the oxygen atoms in cobalt oxide for lithium ions.

Later in the 1980s, Yoshino found that petroleum coke, composed of multiple layers of carbon atoms, was a suitable anode for lithium-ion batteries that helped keep it rechargeable, light as well as maintain the high potential difference between the cathode and the anode.

These men’s contributions together gave rise to the modern configuration of the Li-ion battery. In this battery, the anode and cathode alternative swap ions depending on whether the battery is being charged or discharged. Both titanium disulphide and petroleum coke, later graphite, have atomic lattice adept at caging and releasing lithium ions without much hassle.

Scientists and engineers have developed a variety of applications for Li-ion batteries, from the small to the large, all the way from storing energy derived from solar cells to powering the lander and the rover on the Chandrayaan 2 mission. They’re set to become even more popular with the advent of electric vehicles.

In the lead up to the prize’s announcement, Chemistry World had analysed data about the chemistry Nobel Prize winners over the last 100 years and found: “The ‘average’ chemistry Nobel laureate is a US man, called Richard, John or Paul. He is 57 years old and at an institution in California. His prize-winning work was published 16 yrs ago in Nature or JACS, and has been cited 529 times to date.”

It has been common knowledge that Goodenough was due a Nobel Prize for a long time, and the batteries research community might have heaved a sigh of relief that he received the prize in his time (the Nobel Prizes for the sciences can’t be posthumous).

This aspect of the Nobel Prizes, together with many others that observers have flagged over many years but have been becoming increasingly noticeable, cast long shadows on these prizes’ claim to be the most prestigious of their kind in their respective fields.