He was a ‘rooted cosmopolitan’, engaging with the world but happiest in his native land, keen to democratise knowledge through the use of his mother tongue and that of the people around him. 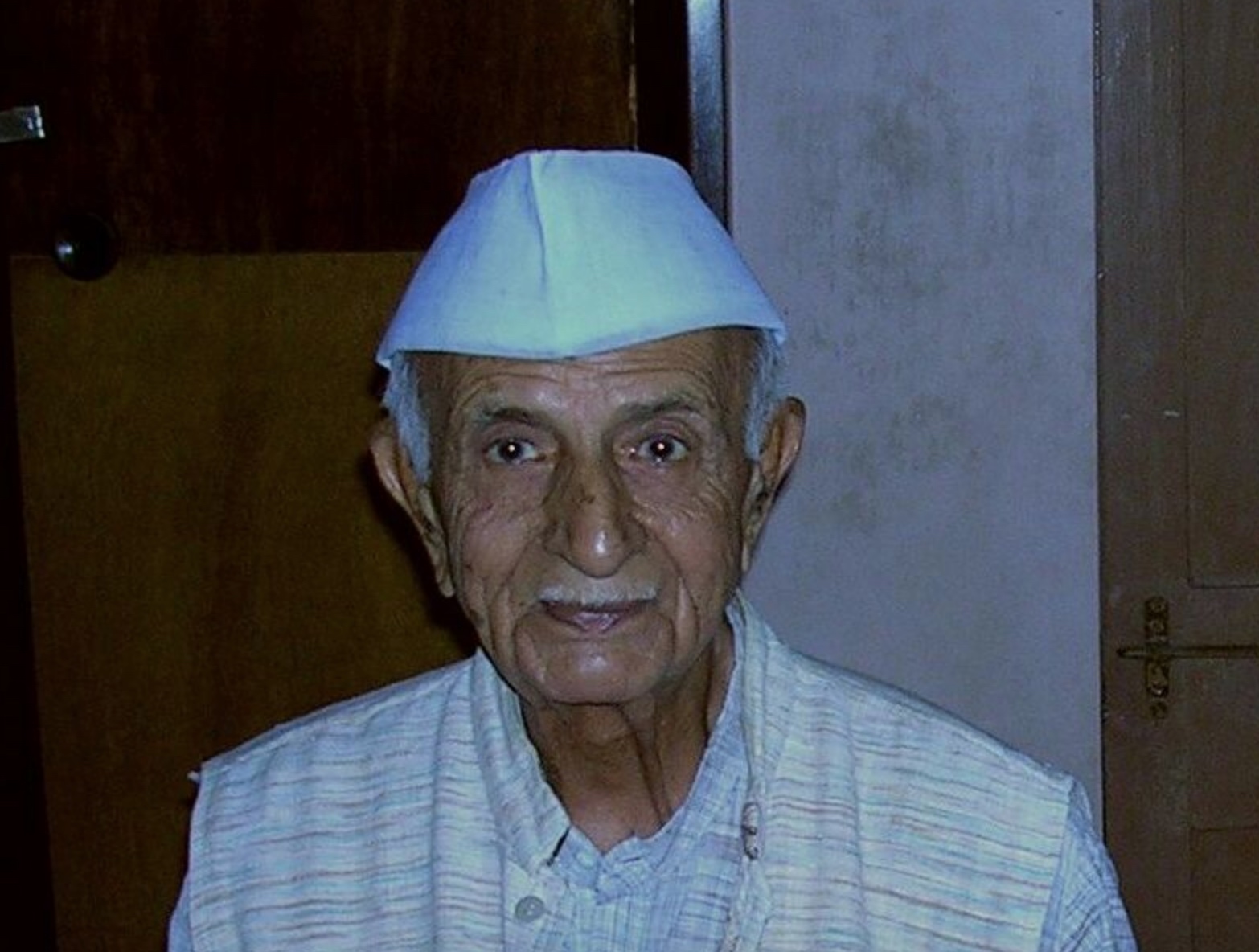 Aparajith Ramnath
History
The Sciences
27/May/2018

Consider a massive, spherical star radiating large amounts of energy in outer space. How does the gravitational field around it behave? Of several possible questions that could be addressed by applying Albert Einstein’s revolutionary theory of general relativity, propounded in 1915, this was an important one. And the solution, known as the Vaidya metric, was first obtained by the mathematician and theoretical astrophysicist P.C. Vaidya (1918-2010), whose birth centenary occurred earlier this week.

The theory of general relativity (GR) is expressed as ten ‘field equations’ valid across the universe, which admit certain exact solutions under certain simplifying assumptions. The first exact solution came soon after the theory was unveiled, when the German scientist Karl Schwarzschild described the field around a spherical, non-radiating body in space.

It was to be another 26 years before Vaidya worked out the solution for a radiating spherical body in 1943. In the 1960s, radio telescopes discovered of quasars (a.k.a. quasi-stellar radio sources) at the centre of faraway galaxies generating enormous amounts of energy. As Vaidya later recalled, “Newton’s theory was found inadequate to describe the highly intense gravitational field of these objects and one needed the General Relativity of Einstein.”

Vaidya’s solution in particular was ideally suited to study these situations, and he was thus pitchforked into the world of high-energy astrophysics.

He would go on to make important contributions at the intersection of GR and astrophysics over the following decades, working on topics like supermassive objects and black holes in addition to exact solutions. Working alone or with his research students, he published regularly in journals like Nature, Physical Review Letters, Astrophysical Journal and Current Science.

Vaidya was also an institution-builder. As a founding member of the Indian Association for General Relativity, he played a key role in bringing together a community of Indian scientists working in the field – a stellar line-up that includes names such as C.V. Vishveshwara, Naresh Dadhich and Jayant Narlikar, the last of whom went on to become the first head of the Inter-University Centre for Astronomy and Astrophysics (IUCAA), Pune.

While the earliest centres of GR research in India were clustered around V.V. Narlikar (Jayant’s father) and N.R. Sen, Vaidya had a huge influence on the next generation. Along with the Calcutta mathematician Amal Kumar Raychaudhuri, he was seen as a guiding light by Indian GR scholars, who dedicated a Festschrift to both men in 1985.

P.C. Vaidya was clearly a scientist of the first rank, part of a tradition that runs from Einstein through to Stephen Hawking to the experimental scientists at LIGO and elsewhere, who recently detected gravitational waves for the first time. And yet – although I am a historian of science by training and profession – I had never heard of Vaidya until a couple of months ago, when a colleague mentioned his name during the course of a public lecture on the life and work of Hawking.

This may well say something about my ignorance – but an unscientific poll suggests that there may be more to it. A colossus in Gujarat, P.C. Vaidya never quite became a household name across India like C.V. Raman, Meghnad Saha, S.S. Bhatnagar, Subrahmanyan Chandrasekhar or Homi Bhabha.

What explains this? The context in which he built his career, the unusual life choices he made, surely had something to do with it. Various sources enable us to reconstruct that career, including Vaidya’s Gujarati memoir, Chalk ane Duster, and short biographical sketches by his relatives and associates.

Prahlad Chunilal Vaidya (PCV to some, Vaidya saheb to others) was born in 1918 in Shahpur, a village in the princely state of Junagadh. The second son of a postal official, he lost his parents early and grew up under the care of relatives in nearby Bhavnagar, attending the Alfred High School there until 1933.

His brother, Madhusudan, then got a job as a schoolteacher in Bombay, and PCV completed his schooling there. He then attended the Ismail Yusuf College in Jogeshwari before doing his BSc (and later MSc) in mathematics at the Royal Institute of Science. He won a distinction as an undergraduate and topped the University of Bombay as a postgraduate student.

A formative influence at this time was a series of lectures delivered at the Bombay University in 1937 by V.V. Narlikar, the eminent Cambridge-trained professor of the Banaras Hindu University. It was in these lectures that PCV first heard that the gravitational field of a radiating star had yet to be described in GR terms.

Despite his academic record, there was an element of serendipity in the way PCV’s research career began. PCV had, along with his brother, been influenced by Gandhi’s precepts when in Bhavnagar. Now, after a short stint as a college teacher in Rajkot, he made an unconventional career move. In 1941, he went back to Bombay to run a Gandhi-inspired voluntary organisation called the Ahimsak Vyayam Sangh, meant to train satyagrahis.

It was a heady time for many young Indians, as Indian leaders – protesting against Britain’s unilateral involvement of India in the Second World War – launched the Quit India movement. Disappointingly for Vaidya, the Vyayam Sangh was disbanded as a result of the ideological bind that its moving force, Prithvi Singh, found himself in. Singh had communist leanings and could not bring himself to oppose the British, who were allied with the Soviets.

Finding himself at a loose end, PCV’s mind harked back to Narlikar. He wrote to him in Benares asking if he could come and work with him as an informal research student. Relying on his savings, PCV took his young family to Benares, where he worked under Narlikar’s guidance and published a number of papers from 1942. One of these was his first big breakthrough, a paper that appeared in Current Science (the journal of the Indian Institute of Science) in 1943. Titled ‘The External Field of a Radiating Star in General Relativity’, this was the paper that announced the Vaidya metric to the world of science.

Vaidya would work out further implications in papers published in the early 1950s. It is no wonder that in his memoirs, Vaidya refers to his annus mirabilis with Narlikar as (quite literally) a ‘Kashi Yatra’ that equipped him not for an afterlife but for the rest of his present life.

When his funds ran out, Vaidya got a job teaching in a college in Surat. He later enrolled as a research student at the just-opened Tata Institute of Fundamental Research (TIFR) in Bombay, where he completed his PhD research in 1948. TIFR’s star was rising and Vaidya had the opportunity to work with Homi Bhabha. But – incredible as it sounds to us today – he had to leave Bombay because he couldn’t find a suitable house for his family.

PCV then became a professor at the newly opened Vitthalbhai Patel College in the emerging educational township of Vallabh Vidyanagar near Anand, Gujarat. In an IUCAA/Vigyan Prasar documentary film on his life, he talks about how, in the early days, he taught classes in a room without a roof. But the foundation he helped lay was strong. As his nephew Arun Vaidya (also an eminent mathematician) once wrote, PCV came to be known not just for his research but also for his active role as an organiser of sports and other student activities. Perhaps his Vyayam Sangh days had not been in vain.

After further stints in other colleges, Vaidya helped set up the mathematics department at Gujarat University (1959), where he would stay for the rest of his working life. Here he groomed several research students over the years before being offered administrative roles. In 1971, he became chairman of the Gujarat Public Services Commission, and in 1977 a member of the Union Public Services Commission, before taking over as vice-chancellor of Gujarat University.

Despite his stature in the world of scientific research and the high positions he occupied, Vaidya never lost sight of his roots. A lifelong Gandhian, he was marked out by his khadi kurtas, white Gandhi cap and a preference for the bicycle as a mode of transport. The institutions he was most proud of setting up were geared towards improving the teaching of mathematics at all levels, from the grassroots up.

These include the Gujarat Ganit Mandal (est. 1963), which continues to be a vibrant organisation, and the journal Suganitam, set up the same year, a vital resource for maths teachers and students. How revered PCV was by colleagues, students and acquaintances can be judged from the wide range of tributes that appeared in a 120-page special issue of Suganitam upon his death in 2010.

Vaidya came of age as a researcher at a time when the newly independent Indian state was investing heavily in science. The Council of Scientific and Industrial Research (CSIR) had an expanding network of laboratories, the space programme was taking shape and the atomic energy programme was showered with prestige and funding. Yet all of these had a strongly utilitarian orientation, whereas Vaidya was involved in more ‘basic’ research.

As a physicist colleague suggested to me, PCV’s field of GR was also an esoteric one, taught but rarely even in postgraduate physics programmes in India. Clearly it did not capture the imagination of the masses in the same way as atomic energy and rockets did. The result was that PCV spent virtually his entire career away from the acknowledged centres of science – whether in the Indian metropolitan cities or in universities abroad – and his research contributions were understood by a relatively small circle of scientists.

Yet Vaidya’s career was a product not only of these circumstances, but also of his active choices. By all accounts, PCV never yearned to be in the public eye. He was a ‘rooted cosmopolitan’, engaging with the world but happiest in his native land, keen to democratise knowledge through the use of his mother tongue and that of the people around him, a ‘constructive worker’ in the Gandhian tradition of his youth.

Even in the late 1990s, when the editor of the Bulletin of the Astronomical Society of India wrote to him, he mused with disarming modesty: “I have all along been regarding myself as a teacher and I earned my livelihood by teaching mathematics all these years. … When the premier astronomical society of the country considers me as an astronomer of repute I felt proud and started some introspection to find out how this mathematics teacher was moulded into an astronomer.” Perhaps it was a transformation that was written in the stars.

The author wishes to thank Sharik Laliwala for research assistance and help with sources in Gujarati, and Prof. Raghavan Rangarajan for a helpful conversation.