Before his untimely death at the age of 35, Shivaramakrishnan Pancharatnam conducted outstanding research in optics and the study of waves. 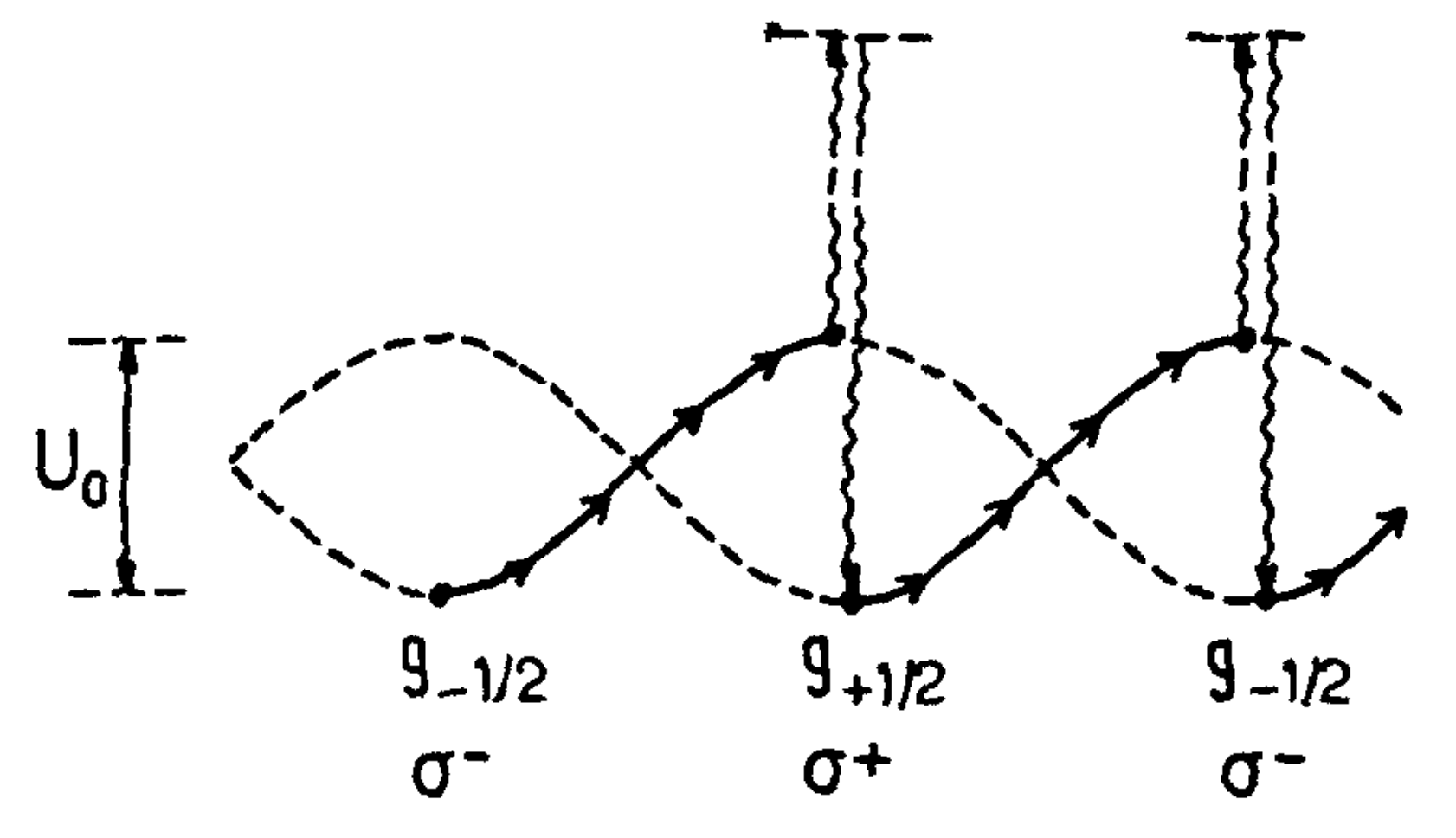 Scientists recently combined one atom of sodium (Na) and one of caesium (Cs) to form one molecule of NaCs, achieving the most precisely controlled chemical reaction in history. They were able to achieve this using a fascinating bit of technology called a magneto-optical trap. While the trap itself has a sophisticated design, its essential modus operandus mimics a deceptively simple technique called Doppler cooling.

In turn, techniques like Doppler cooling rely on precisely tuned lasers that scientists use to manipulate individual atoms to do their bidding. Although such lasers didn’t exist in the early and mid-20th century, a part of what we know about their usefulness in trapping, cooling and guiding individual atoms was derived from the research of Shivaramakrishnan Pancharatnam, an Indian physicist from that period. Pancharatnam was born in West Bengal, conducted outstanding research in optics and wave mechanics at the Raman Research Institute, Bengaluru, under the guidance of C.V. Raman, and then at St Catherine College, Oxford, alongside George W. Series, until his untimely death at the age of 35 in 1969. To grasp the significance of his work, Doppler cooling is a useful place to start. 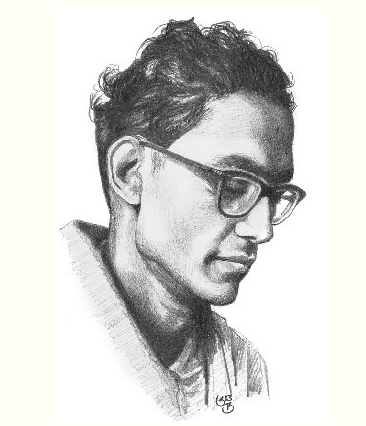 If a laser is shined on an atom that is moving towards the source of light, then the atom will absorb a photon (due to the Doppler effect). Because of the conservation of momentum, the atom ‘acquires’ the photon’s momentum as well, and its own momentum drops. The laser is tuned such that its frequency imparts the atom with a photon that kicks one electron to a higher energy state. When the electron drops back down to its original state, it emits the photon, and the atom spits it out.

The emitted photon’s recoil gives the atom another momentum ‘kick’ (a la Newton’s third law), but because it happens in a random direction, the atom has been effectively slowed in the direction it was originally moving in. By repeating this process over and over, an atom can be slowed down considerably (from hundreds of metres per second to a few centimetres per second), dragging its kinetic energy down as well in the process.

Since the kinetic energy of a set of atoms defines the temperature of the group, this Doppler cooling can effectively cool atoms down. The technique is most suited for atoms that have a simple electronic structure – where, for example, the electrons don’t have more than two possible states to be in: the ground state and one excited state. The applicability of of Doppler cooling is limited when this isn’t the case. Additionally, there is also a Doppler cooling limit when the technique is used because the atom’s kinetic energy can’t be lowered below the recoil temperature imparted by the departing photons.

One alternative is called Sisyphus cooling. Instead of constantly removing the kinetic energy of an atom, Sisyphus cooling induces a conversion of kinetic energy to potential energy and then removes that. This is done using a combination of lasers to create a jagged potential gradient such that an atom in motion is forced to move from a region of lower potential to one that is higher.

Imagine this ‘jag’ as a series of mountains. The atom moves up the first mountain, in the process of which its kinetic energy is converted to potential energy. At the summit, an optical pump – a technique similar to Doppler cooling – removes this potential energy, dropping the atom to a state with lower energy than it had before climbing the mountain. And because the atom is still in motion, it begins to climb the second mountain, after which it is left with even lower energy.

Once the atom has crossed a series of mountains, successive conversions of kinetic to potential energy, and successive pump-outs of this potential energy, leave it with very little energy to call its own. In short, it has been cooled to a sub-Doppler temperature. The title of ‘Sisyphus’ is self-explanatory at this point: like the Greek king cursed to roll a boulder uphill only for it to roll back down as he neared the peak, the atom is also forced to climb uphill only for the optical pump to send it back down each time.

Interestingly, Claude Cohen-Tannoudji, the French physicist who devised Sisyphus cooling and won a piece of the physics Nobel Prize in 1997 for it, published a paper in Current Science on the subject in 1994. This issue of Current Science was dedicated to the work of Pancharatnam, noted for his work in optics. The foreword, penned by Series, with whom Pancharatnam worked from 1964 at St Catherine’s College, states,

[He] made some outstanding contributions to optics, first, in the fifties, in the area of polarisation and coherence phenomena in the classical regime, and then, in the sixties, in the study of atoms simultaneously interacting with resonant radiation and low frequency magnetic fields. His work in the latter area drew international attention before it was cut short by his early death at the age of thirty-five. … But it is fair to say that his work received renewed attention and acclaim only after the recognition, in the eighties, that he had derived and used the concept of geometric phases in his studies of the interference of polarised light.

Such interference of polarised light is what is used to create the sinusoidal potential surface in Sisyphus cooling.

Cohen-Tannoudji acknowledges Pancharatnam’s research as part of the foundation on which more advanced cooling/trapping techniques, like the Sisyphus, rest. From his paper,

All Pancharathnam’s works were done at a time where the only light sources available for optical pumping experiments were spectral lamps, excited by DC or microwave discharges and emitting a light with a broad spectral width and a weak intensity. The spectacular development of tunable laser sources, which started in the early seventies, stimulated several experimental and theoretical studies. … A new research field, called laser cooling and trapping of atoms, has appeared and is expanding very rapidly. … In this special issue dedicated to the memory of S. Pancharathnam, I would like to briefly describe two examples of recent developments which, I am sure, would have pleased him, because they use concepts which were quite familiar to him.

Pancharatnam is most well known for independently discovering the geometric phase in the study of waves in 1956.

All waves can be described by their phase and amplitude. When the values of both parameters are changed at the same time and in incremental fashion, one can observe the wave evolving through different states. In some cases, when the phase and amplitude are cycled through a series of values and brought back to their original, the wave looks different from what it did at the start. The effective shift in phase is calling the geometric phase.

The British physicist Michael Berry was able to provide a generalised description of the geometric phase in 1986, and it has since been commonly known as the Berry phase. He, too, had published an article in that issue of Current Science, in which he acknowledges that he couldn’t properly appreciate the relevance of Pancharatnam’s paper on the geometric phase until he visited Sivaraj Ramaseshan in Bangalore in 1987. Berry’s article concludes thus:

Now, as we remember Pancharatnam’s untimely death in his creative prime, and celebrate his youthful achievements, it is time to look again through all his work. Who knows what further delicious physics this will reveal?

Delicious indeed. Modern science – such as one that can guide two atoms, manoeuvred one by one, step by step, to strike a chemical bond under the watchful gaze of physicists trying to build better quantum computers – stands on the shoulders of many giants. One of them was Pancharatnam.