Locked in a Meteorite, Memories of How Our Sun Behaved in Its Youth

Meteorites are spacefaring museums preserving physical and chemical information from a long-gone era. 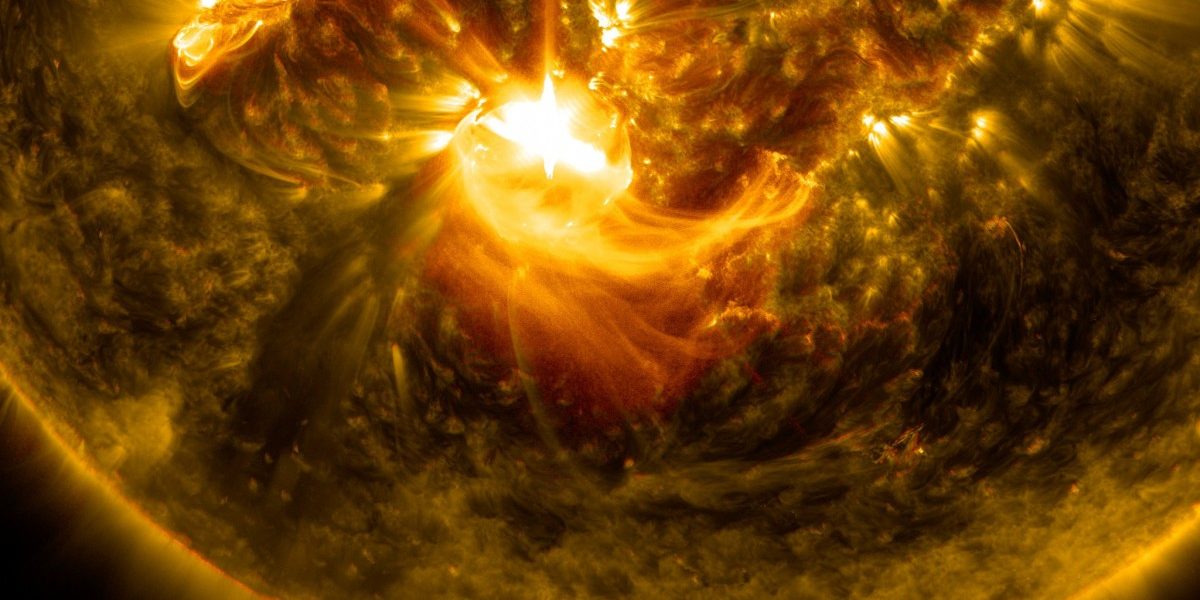 The formation and evolution of our Solar System is one of the cornerstone problems of modern astronomy.

One widely accepted yet incomplete model suggests that a portion of large and dense molecular cloud collapsed at a point, to form a protostar and a protoplanetary disk surrounding it. As this proto-Sun evolved to a more stable form, the gas and dust surrounding it cooled and coagulated to form small and large bodies that we see today as asteroids, comets, rocky planets and gas giants.

Scientists say that the Solar System matured to its present form about a million years from its birthdate. Today, it is around 4.5 billion years old, nearly midway in its lifecycle.

The first solids formed within the infant system’s hot bakery, and the calcium-aluminium-rich inclusions (CAIs) among them can help us figure out what exactly happened in those early years. CAIs can be found only inside the bodies of chondritic meteorites, and consist primarily of refractory oxides and silicates of calcium, aluminium, magnesium and titanium.

Because these meteorites first formed at the time the Solar System was going through its birth pangs, they contain the same abundance of elements and their isotopes as was prevalent at the time. So they are a sort of spacefaring museums preserving physical and chemical information from a long-gone era.

This detail is important because of beryllium.

Hydrogen, helium, and some lithium-7 – the lightest elements – formed shortly after the Big Bang. All the other elements and their isotopes could technically form within the wombs of stars – and they all did with the exceptions of lithium, beryllium and boron. The nuclei of these elements have very low binding energies to be able to form inside a star.

Nuclear physicists have found that the beryllium-9 and beryllium-10 isotopes in space must have been formed by spallation reactions – in which energetic hydrogen and helium atoms bombard heavier atomic nuclei and break them down into lighter atoms, including those of beryllium.

“Bombardment of carbon and oxygen atoms in the protoplanetary disk by [energetic solar particles] emitted in superflares lead to the formation of various beryllium isotopes,” Ritesh Kumar Mishra, a cosmochemist at the Heidelberg University, Germany, told The Wire.

Recent advances in stellar nucleosynthesis have prompted scientists to consider two new production pathways for beryllium-10: the supernova explosions of low-mass stars and radiation from a young Sun.

Before coming to Earth, meteorites typically spend millions of years roaming outer space, where they are exposed to cosmic rays and other high-energy particles, thus contaminating their CAI content. So before analysing the meteorites, scientists make some corrections in their analysis to account for the actual abundance of the elements during the Solar System’s formation.

The planetary science community has suspected that the beryllium-7 isotope must have formed with beryllium-9 and beryllium-10 when the Solar System was itself being formed. However, they didn’t have evidence to validate their doubts. Beryllium-7 is a short-lived, and now extinct, nuclide, with a half-life of just 53 days, so by now it should have decayed into lithium-7, a more stable isotope.

However, older studies couldn’t properly account for the relative abundance of various isotopes and couldn’t trace any signatures of beryllium-7 in the form of an excess amount of lithium-7.

Recently, Mishra and Kuljeet Kumar Marhas, a planetary scientist at the Physical Research Laboratory (PRL), Ahmedabad, analysed samples from the 21-kg Efremovka meteorite that fell over present-day Kazakhstan in 1962. The Efremovka meteorite is one of the most pristine meteorites on Earth – i.e. one of the best museums of the elements of the early Solar System.

Also read: A Planetary Scientist and Her Box of Pre-Solar Grains

As the authors write in their paper,

A late (~0.5 [million years ago]) superflare with X-ray luminosity … that irradiates precursor solids of CAI … can simultaneously explain the isotopic, petrographic and diffusivity constraints, and the model calculations. Such a superflare can provide the required flux of ~1010 protons cm-2 s-1 … to produce the observed isotopic abundance in the CAI.

“The nascent Sun was very dynamic and hyperactive,” Mishra said. “It used to emit superflares a million-times stronger than the strongest-ever-observed flare.”

Mishra and Marhas also found evidence to suggest that the CAIs, after formation, would have been pushed to distances 1-1.5-times the Sun-Earth distance, where they would have cooled and become trapped in other minerals that formed the present-day asteroids.

Unlike contemporary astrophysics, where one is obliged to observe and conclude, the current study highlights the experimental side of the astronomical sciences. Mishra and Marhas performed their analyses and experiments with a cutting-edge instrument called the secondary ion mass spectrometer (NanoSIMS), only one of which is available in India – at PRL, where Marhas works.

A highly sophisticated instrument, “NanoSIMS first generates the specimen from the meteorite sample by bombarding it with heavy ions,” Mishra said. “Then, it is employed to study and analyse the specimen without destroying the whole sample.”

This study provides a clearer picture of how the Sun behaved in its younger years. It also brings us a big step closer to understanding how the Solar System formed.

Mywish Anand is a winter intern at the Kodaikanal Solar Observatory. He has a masters degree in computational physics from the Central University of Punjab, Bathinda.