Abdus Salam the Physicist Won the Nobel Prize. Salam the Pakistani Elevated it.

If political opportunism hadn't contrived until the end to keep Salam out of Pakistan, he could have been his country's Abdul Kalam. 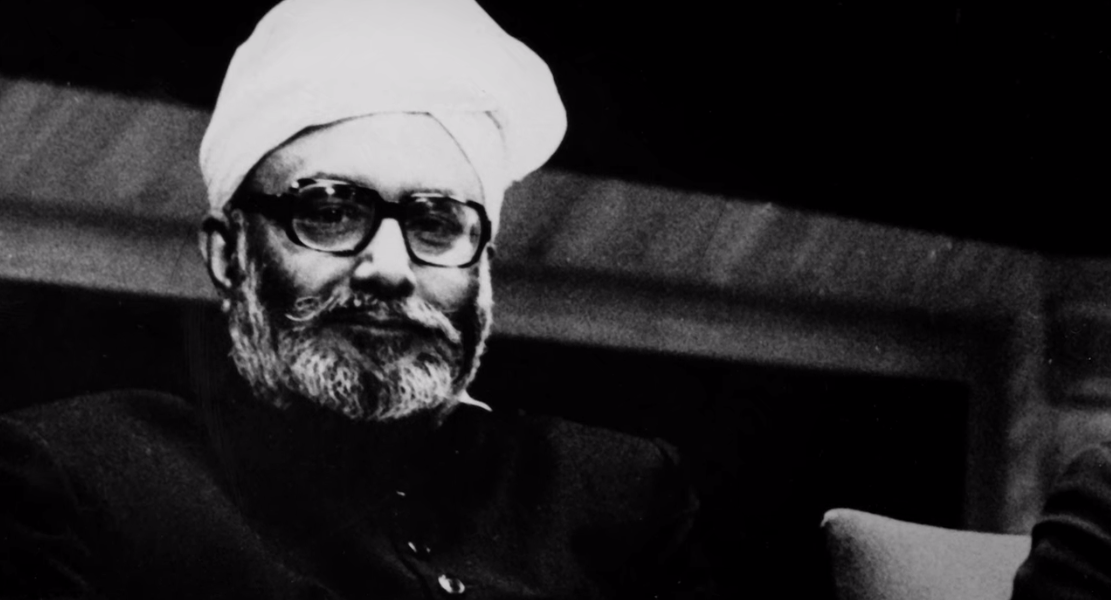 A screenshot of Abdus Salam from 'Salam – The First ****** Nobel Laureate'. Source: Netflix

Awards are elevated by their winners. For all of the Nobel Prizes’ flaws and shortcomings, they are redeemed by what its laureates choose to do with them. As we wait to find out the names of this years’ winners, to be announced this week, it may be useful to recall the life and work of the Pakistani physicist Abdus Salam (1926-1996), who accorded the prize more meaning than it had been designed to hold.

A good starting point is Salam – The First ****** Nobel Laureate, a documentary on Netflix about Salam’s life and work. The stars in the title stand for ‘Muslim’. The label has been censored because Salam belonged to the Ahmadiya sect, whose members are forbidden by law in Pakistan to call themselves Muslims. The documentary, directed by Anand Kamalakar, was first released in January 2018.

After riots against this sect broke out in Lahore in 1953, Salam was forced to leave Pakistan, and he settled in the United Kingdom. His departure weighed heavily on him even though he could do very little to prevent it. He would return only in the early 1970s to assist Zulfiqar Ali Bhutto with building Pakistan’s first nuclear bomb. However, Bhutto would soon let the Pakistani government legislate against the Ahmadiya sect to appease his supporters. It’s not clear what surprised Salam more: the timing of India’s underground nuclear test at Pokhran in 1974 or the loss of Bhutto’s support, which had demoted him to a second-class citizen in his home country, both within months of each other.

In response, Salam became more radical and reasserted his Muslim identity with more vehemence than he had before. He resigned from his position as scientific advisor to the president of Pakistan, took a break from physics and focused his efforts on protesting the construction of nuclear weapons everywhere.

Salam himself believed he wouldn’t have solved the problems he did that won him the Nobel Prize if he hadn’t identified as a Muslim. This conviction unified at least in his mind the effects of the scientific, cultural and political forces acting on him: to use science as a means to inspire the Pakistani youth, and Muslim youth in general, to shed their inferiority complex, and his own longstanding desire to do something for his country. His idea of success included the creation of more Muslim scientists and their presence in the ranks of the world’s best.

The documentary isn’t much concerned with Salam’s work as a physicist. This is good because the film instead offers a view of his life that his identity as a figure of science often sidelines. By examining Pakistan’s choices through Salam’s eyes, we get a glimpse of a prominent scientist’s political and religious views as well – something so many have become reluctant to acknowledge.

As with Srinivasa Ramanujan, one of whose theorems was incidentally the subject of Salam’s first paper, physicists saw a genius in Salam but couldn’t tell where he was getting his ideas from. Salam himself – like Ramanujan – attributed his prowess as a physicist to god.

It’s possible the Netflix production was conceived to focus on the political and religious sides of a science Nobel laureate, but it puts itself at some risk of whitewashing his personality by consigning the opinions of most of the women and subordinates in his life to the very end of its 75-minute runtime. Perhaps it bears noting that Salam was known to be impatient and dismissive, sometimes even manipulative. He would get angry if he wasn’t being understood. His singular focus on his work forced his first wife to bear the burden of all household responsibilities, and he had difficulty apologising for his mistakes.

The physicist Chris Isham says in the documentary that Salam was always brimming with ideas, most of them bizarre, and that Salam could never tell the good ideas apart from the sillier ones. Michael Duff continues that being Salam’s student was a mixed blessing because 90% of his ideas were nonsensical and 10% were Nobel-Prize-class. Then, the producers show Salam onscreen talking about how physicists intend to understand the rules that all inanimate matter abides by:

To do this, what we shall most certainly need [is] a complete break from the past and a sort of new and audacious idea of the type which Einstein has had in the beginning of this century. 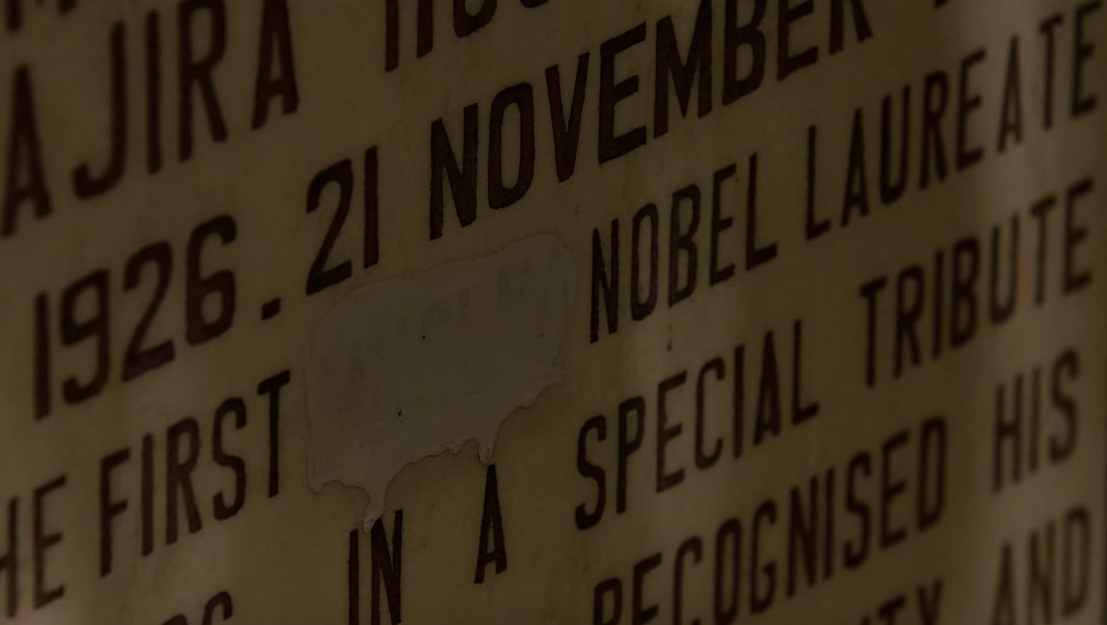 This echoes interesting but not uncommon themes in the India of today: the insistence on certainty, attacks on doubt and the declining freedom to be wrong. There are of course financial requirements that must be fulfilled (and Salam taught at Cambridge) but ultimately there must also be a political maturity to accommodate not just ‘unapplied’ research but also research that is unsure of itself.

Almost no country has stopped theoretical physicists from working on what they wished. (Benito Mussolini even set up a centre that supported such research in the late-1920s and Enrico Fermi worked there for a time.) However, notwithstanding the relatively meagre resources theoretical physicists need to work, an explicit bar may not be the only thing to fear. Some scientists have expressed the anxiety that – if Hindutva radicals have their way – even the fruits of honest, well-directed efforts might be ridiculed and non-applied research becomes implicitly discouraged.

Salam got his first shot at winning a Nobel Prize when he thought to question an idea that many physicists until then took for granted. He would eventually be vindicated but only after he had been rebuffed by Wolfgang Pauli, forcing him to drop his line of inquiry. It was then taken to its logical conclusion by two Chinese physicists, Tsung-Dao Lee and Chen-Ning Yang, who won the Nobel Prize for physics in 1957 for their efforts.

Salam would eventually win a Nobel Prize in 1979, together with Steven Weinberg and Sheldon Glashow – the same year in which Gen. Zia-ul-Haq had Bhutto hung to death after a controversial trial and set Pakistan on the road to Islamisation, hardening its stance against the Ahmadiyas. Since the general wanted to court the US against its conflict with the Russians in Afghanistan, he cast himself as a liberal figure by decorating Salam with the government’s Nishan-e-Imtiaz award.

Such political opportunism contrived until the end to keep Salam out of Pakistan even if, according to one of his sons, it “never stopped communicating with him”. This seems like an odd place to be in for a scientist of Salam’s stature, who could have been Pakistan’s Abdul Kalam, helping direct national efforts towards technological progress while also striving to be close to the needs of the people. Instead, as Pervez Hoodbhoy remarks in the documentary, “Salam is nowhere to be found in children’s books. There is no building named after him. There is no institution except for a small one in Lahore. Only a few have heard of his name.”

In fact, the most prominent institute associated with him is the one he set up in Trieste, Italy, in 1964: the Abdus Salam International Centre for Theoretical Physics. Salam had wished to create such a place after the first time he had been forced to leave Pakistan because he wanted to support scientists from developing countries. “Salam sacrificed a lot of possible scientific productivity by taking on that responsibility,” Weinberg says. “It’s a sacrifice I would not make.”

Salam also wanted the scientists to have access to such a centre because “the US, USSR, UK, France, Germany – all the rich countries of the world” couldn’t understand why such access was important, so refused to provide it.

India’s Nobel laureates haven’t had to contend with such obscurity. One reason was Jawaharlal Nehru’s “insistence on scientific temper” in independent India’s formative years. Another is that India has mostly had a stable government for the past seven decades.

Also read: When Will Pakistan Get Its Slice of the Moon?

More pertinently, we keep remembering our laureates because of our ill-founded perception of the  Nobel Prizes themselves as the ultimate purpose of human endeavour and as an institution in and of itself. But it is just one recognition, a signifier of importance sustained by a bunch of Swedish men who have been as susceptible to bias and oversight as the gatekeepers of any other historically significant award have been.

However, as Salam (the documentary) reminds us, the Nobel Prize is also why the world remembers Abdus Salam, even if Pakistan does not, instead of the many, many other Ahmadi Muslim scientists that Pakistan has disowned over the years, never communicated with again and never decorated with the Nishan-e-Imtiaz. If Salam hadn’t won the Nobel Prize, would we think to recall the work of any of these scientists?

This is why it is heartening that Salam won a Nobel; more importantly, the Nobel Committee should be glad it picked Salam, too, for he elevated it to a higher place than it could have been intended for.

A different version of this article was originally published on the author’s blog.