50 Years Ago: India’s First Heart Transplant in the Time of Nehruvian Science

In 1968, India was still recovering from a debilitating colonial rule, was highly dependent on foreign aid for food and was fighting to eradicate smallpox. But such a state of affairs did not stifle the ambitions of P.K. Sen. 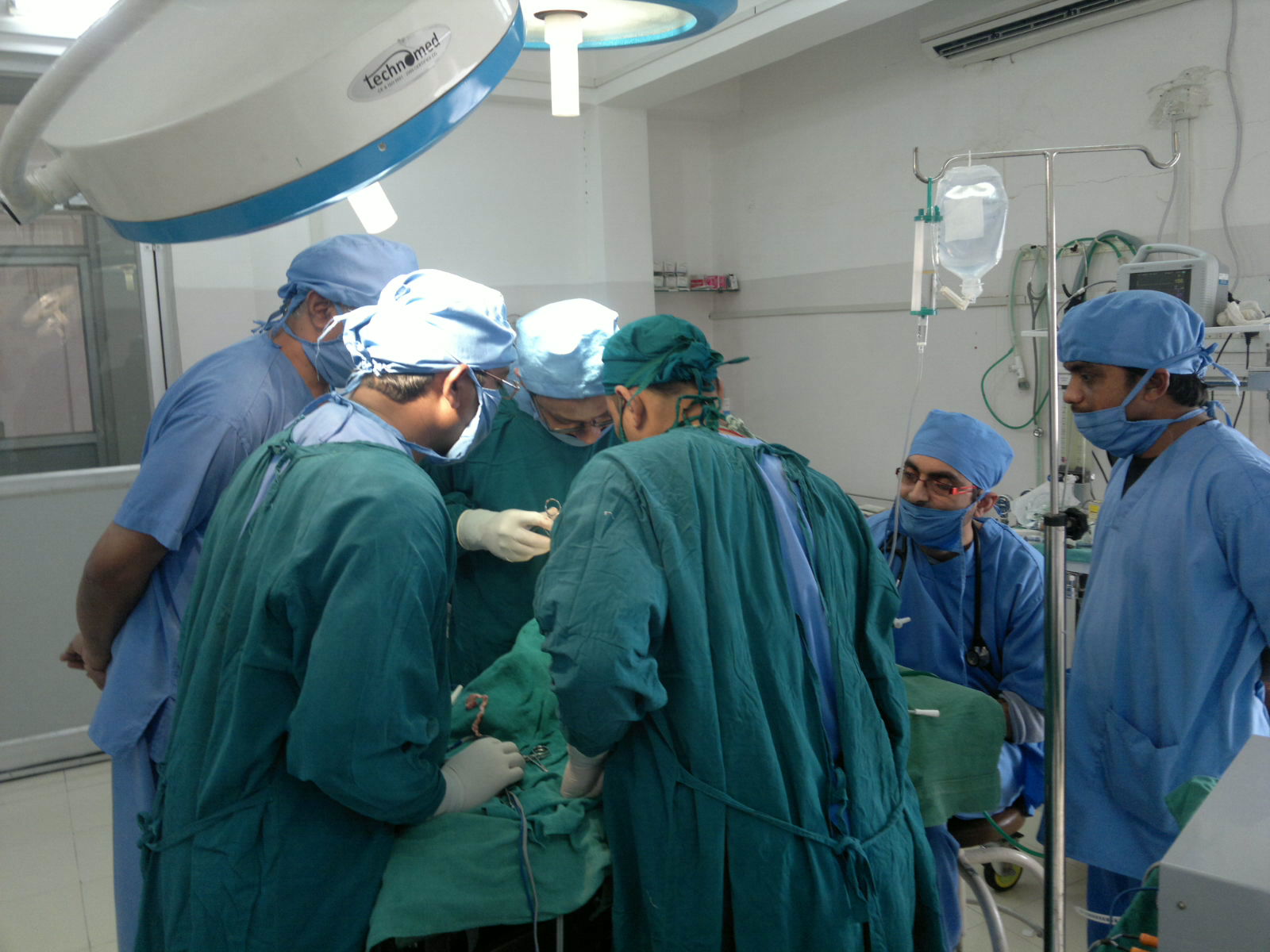 Earlier this year, we passed an important date: the 50th anniversary of India’s first heart transplant. A quick Google search for ‘first heart transplant in India’ yields results mostly discussing the first successful procedure, conducted in August 1994 at the All India Institute of Medical Science (AIIMS), Delhi, by surgeon P. Venugopal and his team. But for the first cardiac transplantation in India, one needs to go back a few decades as well as southwest several hundred kilometres.

It is not a widely known fact that Prafulla Kumar Sen and his team performed India’s first heart transplant in Bombay in February 1968, despite it having been a momentous occasion. For P.K. Sen – and for Kavita Sivaramakrishnan and David S. Jones, both historians of medicine who have extensively researched the history of the cardiac surgery in India – this is a story of adventurers and of buccaneers.

Sen’s was a time when independent India was rapidly warming to modern science, propelled in particular by the patronage of Jawaharlal Nehru, the country’s prime minister until 1964. When Sen decided to make cardiovascular history around early 1968, large scientific projects had already entered public imagination as modern ‘temples’ a la Nehru. In fact, Sen had previously performed India’s first ever operation on the heart itself, in 1952, to cure a rheumatic mitral valve.

For transplantation, Sen and his team honed their skills on canine hearts for several years. Sen visited top medical centres in the US and Russia through the 1950s and 1960s, maintaining regular communications with surgeons there and even hosting some in Bombay. He also imported devices and technologies from North America and Europe and tweaked them to suit domestic conditions conditions. The Rockefeller Foundation provided most of the funding for Sen’s foreign visits and for training his team. (Another group of researchers who received funding from the same source during this time included M.S. Swaminathan.)

After years of practice and deliberation, Sen’s team performed their (and India’s) first cardiac transplantation in February 1968. Sen became the fourth surgeon in the world to attempt a heart transplant, before in fact any surgeons in England, France, Canada, Australia, Japan or the Soviet Union. And he did it only within three months of the world’s first heart transplant. Unfortunately, the patient died soon after surgery, but the response to the procedure indicated that while the patient was lost, laurels were won. The Times of India, for example, proudly noted that “Indian doctors have the ability” to carry out this “newest feat of cardiac surgery”, while Sen’s peers from around the world sent congratulatory messages. In September the same year, Sen attempted another transplant; this patient, too, didn’t live for more than a few hours after.

As with most complex medical procedures, there are no clear right or wrong interpretations here. The patients who underwent these surgeries were already in highly morbid states and it was likely that they would have succumbed to their ailments irrespective of the operations. In fact, early transplant operations everywhere had fared so miserably in terms of patient survival that, in September 1971, Life magazine came out with a report titled ‘The Tragic Record of Heart Transplants: A New Report on an Era of Medical Failure’.

Sen’s feat had its Indian critics too. A contemporary surgeon, for example, wrote to the Times of India that “In their enthusiasm to put India on the cardiac map of the world, our surgeons should not forget that unsuccessful operations, for want of adequate post-operative care, technical expertise or organisation, would be tantamount to playing with human lives.” Nevertheless, Sen’s team had made the world sit up and take note.

Looking back at this episode from 2018, some features stand out – such as a poor India’s rich aspirations vis a vis science. India in 1968 had still been recovering from a debilitating colonial rule, was highly dependent on foreign aid for food and still struggled to eradicate smallpox. Such a state of affairs did not, however, stifle the ambitions of some.

These patriotic aspirations were best expressed by N. Banerjee, editor of the Journal of the Indian Medical Association. For the question of whether India should undertake such “risky and expensive” operations, he asserted that “India must”. It was essential to conduct “high quality work in the medical field” to reduce the gap between India and the rest of the world, and a consciousness for such work could be created only through “top-class medical centres” with full freedom and adequate finances. Indeed, many of India’s highly respected autonomous institutes, including the Indian Space Research Organisation, have their origins in this notion of Nehruvian self-sufficiency, and which we today fashionably call ‘Make in India’.

After Sen’s two operations in 1968, it wasn’t until 1994 that a heart transplant was attempted – this time successfully – in the country. This 26-year delay had its reasons. One, there was a general worldwide moratorium on heart transplants after the initial enthusiasm of 1968, as the number of failures piled up, ethical controversies intensified and surgeons awaited more reliable and safer techniques to overcome rejection reactions. Another reason was the glacial pace of change in the Indian judicial and legal systems. Heart transplantation necessitated the removal of hearts from ‘brain-dead’ patients, and that required India to formally recognise and authorise declaring patients as brain-dead. This shift in approach began only in the early 1990s, and P. Venugopal’s transplant operation in August 1994 was its first beneficiary.

The general disappearance of government centres (except AIIMS) from transplant innovation and procedures is also noteworthy. In 2015, Sen’s karmabhoomi of Mumbai saw its first successful heart transplant – but in a private, corporate hospital. Last month, Kolkata celebrated its first heart transplant, which also happened in a private hospital. A trajectory once embarked upon in the dingy but ambitious wards and offices of a corporation hospital (King Edward Memorial Hospital, Mumbai) is now dominated by the private sector, and that says something about how India’s healthcare system has evolved and where it is headed.

Importantly, as has been shown by the surgeon Sanjay Nagral, this state of affairs puts India’s poor at a disadvantage when it comes to life-saving transplants.

Another relevant aspect of Sen’s work in an India permeated with a regressive nationalist milieu is his forward-looking patriotism. We do not know much about his personality and philosophy, but his writings, speeches and work suggest a tendency towards a patriotism that emphasises the improvement of the present and the creation of a better future. This was and is an important counter to the tendency of imagining a better future by obsessing over and ‘reviving’ a glorious past (real, exaggerated and or made-up). Among other things, the latter obsession often ends up diverting precious public funds away from promising research and driving promising researchers out of India.

In a country where constitutionally responsible ministers are busy marrying frogs to bring rains on the one hand while scientists are lamenting the sorry state of research on the other, such tales of the scientific temper could provide some succour to besieged, protesting scientists.