They won the prize for research using directed evolution to produce enzymes for new chemicals and pharmaceuticals. 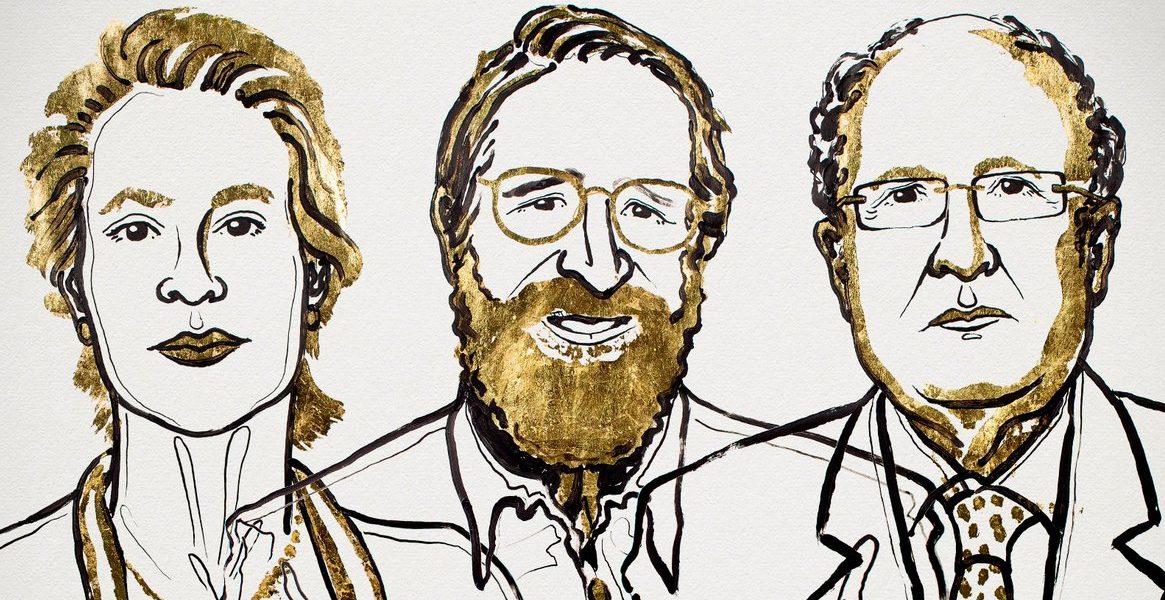 Arnold, only the fifth woman to win a chemistry Nobel, was awarded half of the 9 million Swedish crown ($1 million) prize while fellow American Smith and Winter of Britain shared the other half.

“This year’s Nobel Laureates in Chemistry have been inspired by the power of evolution and used the same principles – genetic change and selection – to develop proteins that solve mankind’s chemical problems,” the Royal Swedish Academy of Sciences said in a statement.

Arnold is the second woman to win a Nobel prize this year after Canada’s Donna Strickland shared the physics award on Tuesday.

The uses of enzymes, developed by her, include more environmental-friendly manufacturing of chemical substances, such as pharmaceuticals, and the production of renewable fuels for a greener transport sector.

Smith developed a method using a virus that infects bacteria to produce new proteins while Winter used the same method for the directed evolution of antibodies, with the aim of producing new pharmaceuticals.

Frances Arnold, awarded the 2018 #NobelPrize, conducted the first directed evolution of enzymes, which are proteins that catalyse chemical reactions. Enzymes produced through directed evolution are used to manufacture everything from biofuels to pharmaceuticals.@francesarnold pic.twitter.com/TGRxgjEHzv

2018 #NobelPrize laureate George Smith developed a method known as phage display, where a bacteriophage – a virus that infects bacteria – can be used to evolve new proteins. pic.twitter.com/roX8uOFICe

The prizes for achievements in science, literature and peace were created and funded in the will of Swedish dynamite inventor and businessman Alfred Nobel and have been awarded since 1901.

For the first time in decades, the Nobel line-up will not feature a literature award this year after a rift within the Swedish Academy over a rape scandal involving the husband of a board member left it unable to select a winner.

The science and peace prizes are selected by other bodies. Chemistry is the third of this year’s Nobel Prizes after the winners of the medicine and physics awards were announced earlier this week.