The concert, jointly organised by Airports Authority of India and SPIC-MACAY, was ostensibly cancelled due to "exigencies". But a campaign by right-wing trolls against Krishna's participation might be the actual reason. 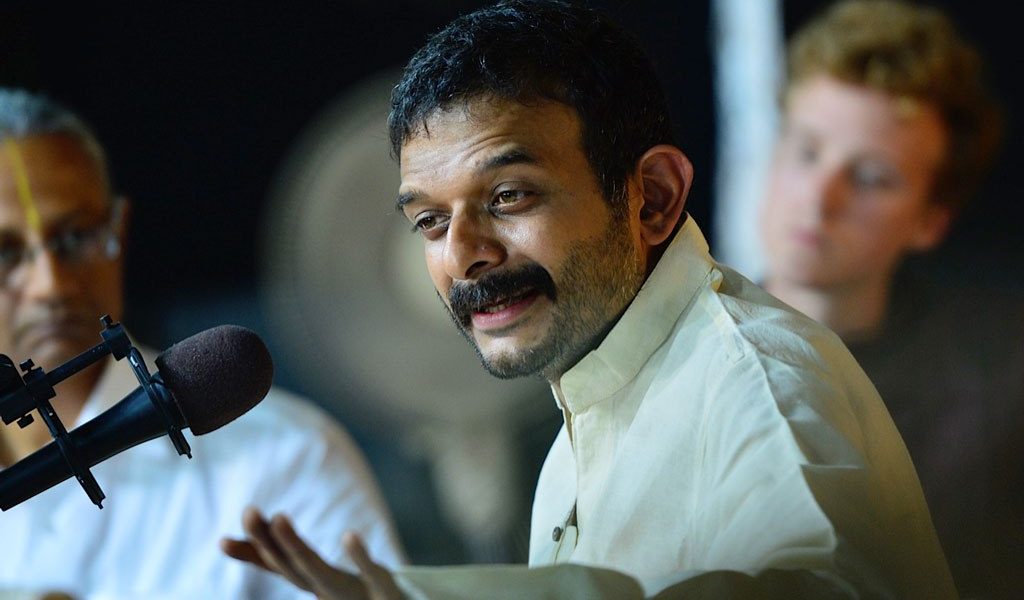 New Delhi: A concert jointly organised by Airport Authority of India (AAI) and SPIC-MACAY scheduled for November 17 in Delhi has been cancelled, allegedly due to criticism from right-wing trolls over the participation of Carnatic singer T.M. Krishna.

Krishna has been at the receiving end of abuse from the right-wing for lending his voice to Christian Carnatic songs. He has been called “anti-India”, “converted bigot” and “Urban Naxal” among other things.

According to the Indian Express, the concert was to be part of a two-day “Dance and Music in the Park” festival at Nehru Park in Chanakyapuri. AAI made the announcement on November 5, on its Twitter handle, sharing details about the performers over the following week.

Krishna’s participation was announced on November 10. However, late on Tuesday night, cultural body SPIC-MACAY was informed by an email that the concert had been called off because of “some exigencies of work”. “…we are not in a position to go ahead with the dance & music concert jointly organised with SPIC MACAY on 17th and 18th November, 2018 at Nehru Park, New Delhi. Hence, we request you to kindly postpone to a new date and inform all concerned. The new date will be discussed with SPIC-MACAY soon,” the email said.

Krishna said he would be willing to perform at any other venue on the same day, adding, “Give me a stage anywhere in Delhi on November 17, I will come and sing. We just can’t let ourselves be cowed down by this kind of threats.”

However, AAI chairman Guruprasad Mohapatra denied the concert was cancelled due to the right-wing campaign against Krishna. “We have some issues. Some exigency has come up and we are not free that day. Whatever note we have given in the media, that is all, there is nothing more I want to say on this,” Mohapatra told the Indian Express.

AAI’s invitation had been retweeted by Krishna on Monday, which prompted trolls to target the government body. Bureaucrats and senior government functionaries were tagged by the trolls, including railways minister Piyush Goyal and civil aviation minister Suresh Prabhu. The trolls accused Krishna of being “anti-India”.

Krishna was previously informed by SPIC-MACAY that the concert would go ahead despite the Twitter campaign against his participation. “However, the situation changed by Wednesday evening, and AAI clarified that the concert had been postponed and the new dates would be announced shortly. Besides Krishna, dancers Sonal Mansingh and Priyadarsini Govind, and sitarist Shahid Parvez Khan were to perform at the weekend event,” the Indian Express reported.

Also Read: Those Who Talk of Plagiarism in Carnatic Music Know Not About the Tradition

Krishna has been target of Hindutva groups and right-wing trolls because of his views on secularism and caste prejudice in music. Earlier this year, a temple in Maryland in the US was forced to cancel his concert after Hindutva groups accused him of singing Christian hymns. Other Carnatic musicians too have been forced to cancel their concerts because of alleged “anti-Hindu” sentiments because of their participation in Christian Carnatic music concerts. Christian Carnatic is an established genre of music that has been active since at least the 19th century.

Writing for The Wire, Krishna had said,”The noise and fury created over the rendition of Christian lyrics in Carnatic mode has swallowed any possibility of a serious or sane conversation.”