Three Lessons Olivia Newton-John Taught Me About Music – And Life

'There was something about her voice, her way with a song. Through her phrasing and timbre, there was always a personal appeal to her singing.' 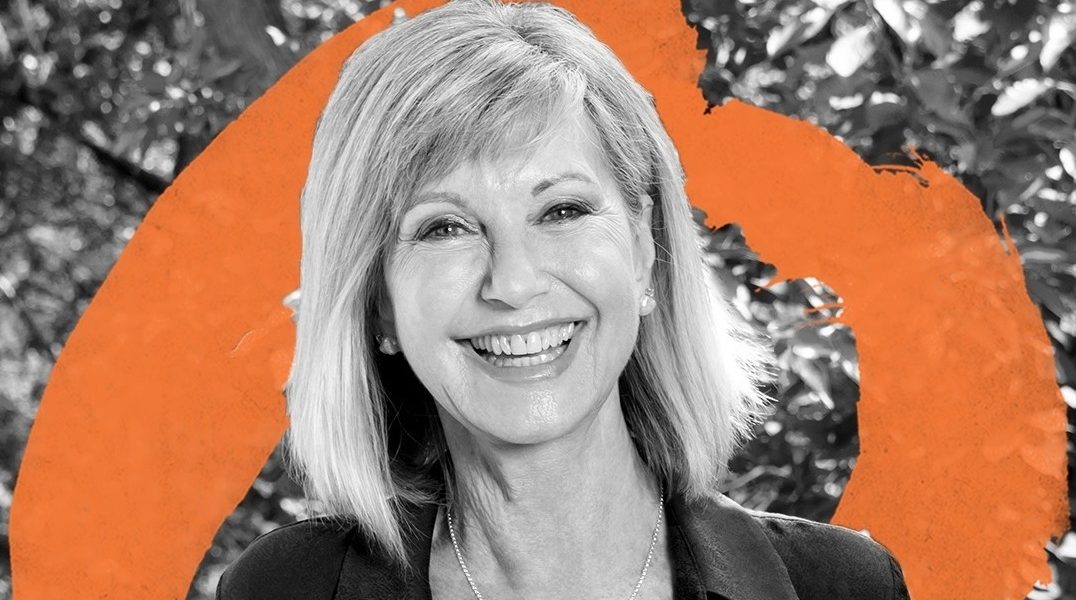 My default mental image of Olivia Newton-John is from the mid-1970s: long, flowing floral dresses; long, centre-parted light brown hair; big inquisitive eyes; and, when called for, an irresistible smile perfect for the cover of TV Week.

It seemed like the counterculture had passed her by.

But even in the heights of my hippie and punk-inspired (imagined, toothless) rejections of society and a perceived mainstream, I respected Olivia, a figure so ubiquitous in popular culture during my first 20 years on the planet it feels natural to call her by her first name.

There was something about her voice, her way with a song. Through her phrasing and timbre, there was always a personal appeal to her singing.

Like heatstroke in December-through-February, Olivia was part of the Australian landscape. The country felt a little less hostile for her being in it – or beamed into it from the northern hemisphere, while we claimed her as “ours”.

There was a big sister who understood and sympathised.

1. What she taught me about murder

Despite all this, Olivia did contribute to a certain loss of innocence.

Some of us are unlucky enough to encounter death personally as children; for the rest it will be a song or a TV show, a passing remark or a news item.

Newton-John’s recording of the folk ballad ‘Banks of the Ohio’ was released in 1971. It concerns the protagonist luring their loved one down to the river to stab them through the heart.

I held a knife against his breast
As into my arms he pressed
He cried: My love! Don’t you murder me
I’m not prepared for eternity.

I can’t think of an earlier exposure to the idea of death, let alone murder. I associate it with the tinny sound of a portable AM radio. I have the honeyed tones of ONJ forever linked to the visceral realisation one human being could wilfully kill another.

Heavy metal and hip hop are the traditional punching bags of parents worried about harmful content. But people let their guards down around ONJ.

2. What she taught me through a cover band

Shaggin’ Wagon, a cover band of mine instigated around 1993, did what it said on the label: rocked the hell out of songs from the 1970s.

We combined relatively obscure minor chart hits – say, ‘Silver Lady’ by David Soul, or ‘Ebony Eyes’ by Bob Welch – with what we thought of as a classic lineage of power pop by the likes of Big Star, The Soft Boys, The dB’s, The Sweet and Abba.

There was always a smattering of hard rock – Kiss, Alice Cooper – and Australian artists like The Numbers, Models and Dragon. Though the repertoire was always changing, there were a few big crowd pleasers to bring the house down.

One of mine, as part-time singer, was ‘Hopelessly Devoted to You’. What started as half a joke I took to with gusto. It is a great song, with a fantastic key change from A major in the verses to F major in the chorus via a devastating G minor chord.

“There’s nowhere to hide,” wallows the protagonist on that pitiful chord, harmonically so removed from the plaintive longing of comfortable A major we’ve swooned through thus far.

I started to search for other Olivia songs. I picked up a 45 of ‘A Little More Love’ and realised it was a kind of masterpiece; like ‘Hopelessly’ it was composed by longtime Newton-John collaborator John Farrar.

It is another beautifully structured song, somewhat labyrinthine. Even now I find it a thrill to play on the guitar.

Despite my party trick of (usually) being able to hit the high F at the end of ‘Hopelessly’, sustaining the upper octave required for the choruses of ‘A Little More Love’ was beyond me.

The attempt further educated me about the technical demands Olivia shrugged off. The range is so wide that no matter how I transposed it, I could not pull off both low verses and high choruses.

I already knew she was good – and I’d never claim to be anywhere near ONJ’s league – but this was further proof being learned by my body.

3. What she taught me about the girl-next-door

Olivia wasn’t entirely convinced about ‘Physical’. She loved the song but wondered: could she get away with it?

Tired of the flirtation and game-playing, the protagonist wants to get down to it: “There’s nothin’ left to talk about unless it’s horizontally”.

The record was banned in Utah and South Africa due to its explicit content (!). The video further fanned the flames, with its closing “gay scene” (two guys leaving the gym holding hands).

Every bit of controversy just further hyped what was a superlative pop record. ‘Physical’ topped the US charts for 10 weeks in 1981 and was one of the biggest songs of the decade. And if ‘Physical’ wasn’t enough, the follow up single was ‘Make a Move On Me’.

You’d be forgiven for sensing a theme.

Physical, the album, is about more than a seasoned pop star trying on a slightly more risqué persona. None of the six images of Newton-John on the cover feature her looking at the camera, or even with her eyes open.

She does not challenge the camera or voyeur with her direct gaze, and so may be seen to be offering herself as an object to be consumed; the assumption along this line of reasoning is she avails herself of the male gaze.

I find it more compelling to consider her lost in her body. The viewer, the whole world outside her physical sensation, is irrelevant.

Despite the fact the music remains eminently accessible, she is not looking to her audience for approval.

‘Physical’ is the definitive statement of independence – from country music radio, from her pre-1978 image as girl-next-door, from a certain level of conservatism in her audience.

She even cut her hair.

John Encarnacao is a musician and lecturer, Western Sydney University