Auction houses are hoping that these results have been caused more by over-ambitious pricing than by deeper economic worries. 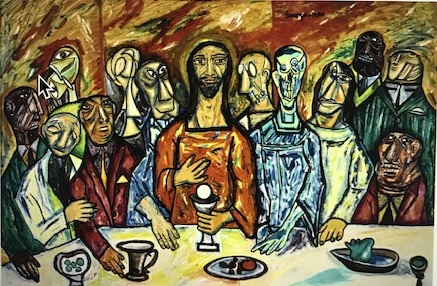 India’s economic woes and civil unrest appear to have had a negative effect on Indian art auctions, with three sales organised by Sotheby’s, Saffronart and AstaGuru producing unexpectedly poor results and failing to meet targets. Works on the front covers of two of the auctions failed to sell.

This is a significant setback because the artists were leading names such as Tyeb Mehta, S.H. Raza and M.F. Husain from the Bombay-based Progressives Artists’ Group of the late 1940s and 1950s, who dominates the top end of the Indian art auctions.

Only Pundole, a long-established Mumbai gallery, has had a successful auction, which is achieved by restricting the number of lots and prices and by choosing works that have not been offered at auctions recently.

Such a slump has not been seen for some years. Part of the reason will have been India’s declining rate of economic growth, which now stands at 4.5% compared with 8% last year, and the failure of the Narendra Modi government to provide the necessary boost while at the same time driving divisive Hindu nationalist policies that are causing unrest across the country.

Sotheby’s was the first to hit problems in Mumbai on November 15 with a live auction that failed to gain momentum as the evening proceeded. 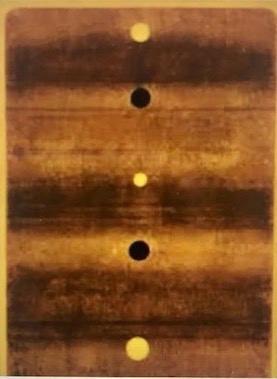 Bidding on the top lot, a 60in x 40in abstract oil on canvas by V.S. Gaitonde, stopped at Rs 14 crore ($2m), well below an estimate believed to be around Rs 21 crore. This seemed surprising, coming after a successful Rs 26.9 crore ($3.79) sale, including buyer’s premium, of a Gaitonde in a Saffronart live Delhi auction in September.

The best result came for a depiction by F.N. Souza of The Last Supper (a favourite subject for Indian artists) that was sold for Rs6.86 crore ($960,000), well above the top estimate of Rs5 crore.

The auction’s sales totalled only Rs23.8 crore ($3.36m) compared with estimates of around Rs37 crore, and twelve of the 61 lots failed to find a buyer. That was far below the result of Sotheby’s first Mumbai auction in November last year when it notched up a total of $7.9m.

The sharp drop illustrates the vagaries of showpiece auctions in Mumbai – Christie’s withdrew from its pre-Christmas sales after a poor showing two years earlier.

Pundole came next with a live Mumbai auction on December 5. It had sensed about three months earlier that the market was weakening, so it reduced the number of lots it was offering to 40 compared with 88 in its previous sale four months earlier. Only two of the 40 had been seen in recent auctions. The prices were also lower than usual with a top estimate of Rs3 cores ($420,000) compared with four times that amount in August.

That work, an 82in x 176in acrylic on canvas by M.F. Husain titled 3Ms (Mad Onna, Mother Theresa, Mad Huri), was being sold by a member of the artist’s family so was being offered for the first time. It beat its top estimate with a hammer price of Rs3.5core, while a 38in x 23in oil on board by F.N.Souza sold for Rs3 core, double its middle estimate.

Next came a more ambitious two-day online auction by Mumbai-based Saffronart, the current market leader in South Asian modern and contemporary art, that closed on December 10 with four of the top six lots failing to meet their reserve prices.

Also read: ‘An Instrument is a Personal Thing’: Shubhendra Rao Hits Out at Air India For ‘Damaging’ Sitar

The two that did sell were both by S.H.Raza, the best being $462,000 (Rs3.23 crore), but works by M.F.Husain and Bhupen Khakhar, a currently fashionable gay artist, failed. Saffronart’s auction total was $1.8m (Rs12.66 crore) with 76% of lots sold that contrasted with previous better results.

Finally, in this run of auctions, Mumbai-based AstaGuru’s two-day online sale ended on December 20, having failed to sell its catalogue cover work, a striking 59in x 35.5in acrylic on canvas from Tyeb Mehta’s Rickshaw Puller series with an estimate of Rs 20 to 25 crore ($2.88m-£3.6m). 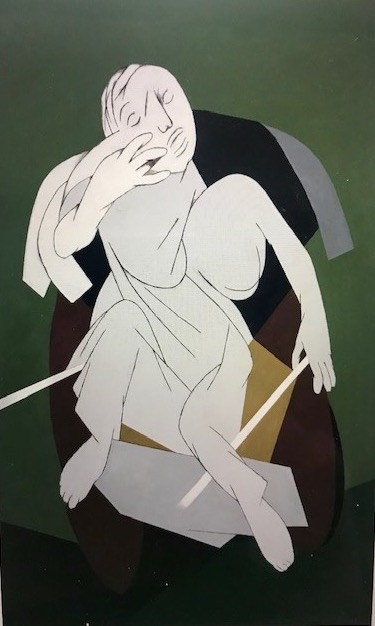 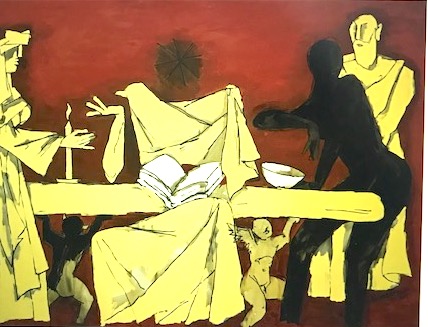 The auction houses are hoping that these results have been caused more by over-ambitious pricing than by deeper economic or other worries, and that interest and sales will pick up at the annual India Art Fair at the end of January and then with sales in the spring.

The article was originally published on the blog Riding the Elephant. You can read it here.