Why ‘The Scream’ Has Gone Viral Again

Artist Edvard Munch depicted despair provoked by disease in turn-of-the-century works. In these coronavirus times, his iconic image speaks to our anxieties about illness and societal collapse. ‘The Scream,’ by Edvard Munch, hand-coloured lithograph version from 1895. Photo: Munchmuseet/CC BY

Few works of art are as iconic as The Scream, by the Norwegian artist Edvard Munch (1863–1944). The combination of an open mouth, eyes wide open and two hands raised to cheeks has become a near-universal signifier of shock and existential fear, helped along by 1990s movie franchises such as Scream and Home Alone. Not to mention the scream emoji 😱.

In these “coronatimes,” The Scream has taken on new significance, summoned once again to represent our anxieties of illness and death, of economic recession and of societal collapse.

Most of these coronavirus Scream images tap into our collective fears and transform them through humour. But there are more poignant images as well. Consider a “social distancing” Scream created by Hrag Vartanian, editor-in-chief of the art site Hyperallergic.

Vartanian digitally altered the image so that only a single lone individual remains in the background.

“I wanted to create something jarring that reminds us to look at familiar things in new ways, just like we’re doing with our lives in the era of social distancing.” And then there’s 2020 Plague Expulsion Rite, a photo collage by Shenzhen-based photographer Wu Guoyong. After collaborating with Luo Dawei, who runs the photo platform Fengmian, to curate a series of family portraits of Chinese New Year in quarantine, Wu gathered together 3,500 images of lockdown to create a collective Scream.

After numerous sketches and some false starts, Munch completed a first version of The Scream in 1893 while living in Berlin, where his avant-garde circle enthusiastically received it as an embodiment of modern angst bordering on mental illness.

Carefully conceived for maximum emotional effect, Munch intended the work to be a powerful image that would represent an intense emotional experience that he had while walking along a fjord in his native Norway. He also tried to put that experience into words:

“I was walking along the road with two friends — the sun was setting — I felt a wave of sadness — the sky suddenly turned blood-red. I stopped, leaned against the fence tired to death … My friends walked on — stood there quaking with angst — and I felt as though a vast, endless scream passed through nature.”

Also read: ‘Quarantine’: A 1940 Story on a Sanitation Worker and His Mission

Munch created three more versions of The Scream, a lithograph and a pastel in 1895, and another painting, probably in 1910.

The Scream has a dramatic history. The 1893 version was stolen and then recovered in 1994. Ten years later, the 1910 version was also stolen and recovered, albeit damaged. In 2012, the pastel version was auctioned for the record sum of nearly US$120 million. Now, as reported by the Guardian, conservators recommend that the 1910 painting practise its own physical distancing to avoid further damage from human breath.

Throughout his long career, Munch often represented the despair and fear provoked by deadly diseases not yet well understood by modern medicine, including tuberculosis, syphilis and influenza. A staring, open-mouthed figure, often alienated from its body, recurred in those representations. 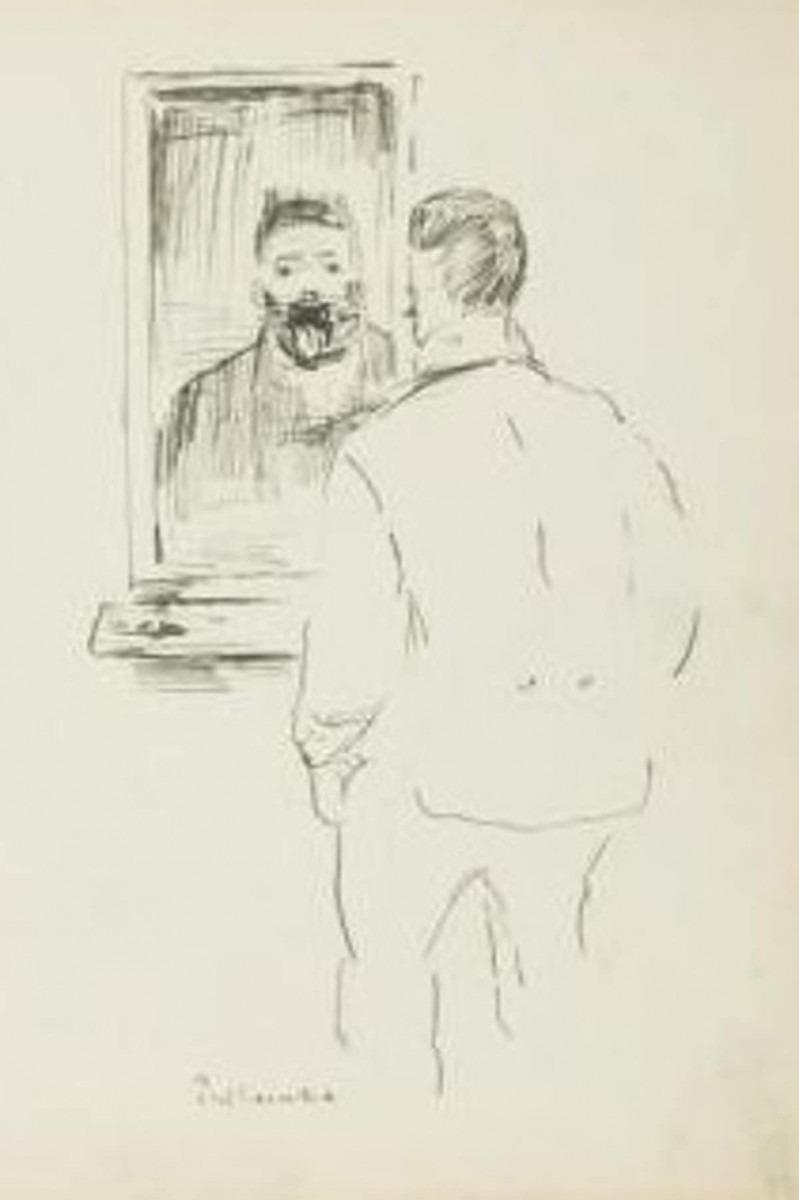 Before The Scream, Munch produced a drawing in one of his early sketchbooks, probably a self-portrait, and captioned it “Influenca.” A figure doubled, frightened and frightening, looks back at us from a mirror. His eyes are wide open and his tongue is sticking out. Perhaps he is saying “aaahhh” and waiting for a diagnosis.

Also read: How the Movie Industry Is Finding Solutions During the Lockdown

Munch suffered from lung and bronchial problems throughout his life, possibly related to the tuberculosis that killed his mother and sister when he was a child. In 1919, he was one of the few artists to respond to the worldwide flu pandemic. In a large self-portrait simply titled Spanish Flu, the artist turns his head to the viewer, eyes strangely vacant, and opens his mouth to … what? Speak? Cough? Gasp for breath? Scream? The Scream gained its cult status only after the artist’s death in 1944.

While the full story of its emergence into popular culture remains to be told, key early moments are probably a Time magazine cover from 1961 with the banner “Guilt & Anxiety,” and a 1973 book by Reinhold Heller about Munch’s iconic painting. In recent years, The Scream has been used to raise awareness of climate change, to critique and protest Brexit as well as the presidency of Donald Trump in the United States.

Anxiety about nuclear proliferation also speaks through The Scream. In 2009, graphic designer Małgorzata Będowska transformed the instantly recognisable nuclear hazard sign into an iconic mashup for the poster Nuclear Emergency. The striking design has since become commonplace at anti-nuclear events.

We might turn to the arts to soothe ourselves in times of crisis and stress. But in those same times, history has shown that art can help us to express or deal with difficult emotions, including those stemming from our experiences of illness.

The internet-enabled global circulation of The Scream is intensifying in an age of political instability and a pandemic enabled by globalisation. The increasing virality of The Scream demonstrates the ongoing need for a common visual language to communicate and to cope with what many fear the most: the shared vulnerability of having a body that might become ill, suffer and die.

Allison Morehead is Associate Professor of Art History and in the Graduate Program in Cultural Studies, Queen’s University, Ontario.