Veena Sahasrabuddhe, Vocalist Who Stood at the Threshold of True Glory

Sahasrabuddhe released the Gwalior tradition from its shackles even while remaining true to it. 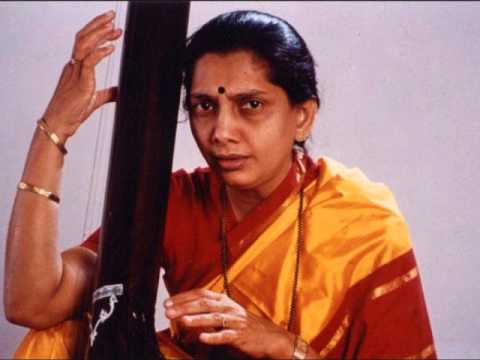 Oddly, for a woman who was extensively trained in tabla and known for playing the instrument on occasions when her accompanist didn’t turn up on time for a concert, she couldn’t keep the beat that day. Her hand movement felt uncharacteristically sluggish and she complained to her husband that she was slowing down.

Barely months later, her doctors would detect the onset of Progressive Supranuclear Palsy, a rare degenerative disease that would prematurely rob India of one of its finest Hindustani vocalists. In the late hours of June 29 this year, the shining light of the Gwalior gharana dimmed forever.

“Her elfin frame belied the formidable power of her music,” says Shruti Sadolikar Katkar, the noted singer of the Jaipur Atrauli gharana and vice-chancellor of the Bhatkhande Sangeet Vishwavidyalaya in Lucknow.

Sahasrabuddhe’s sinuous, dedicatedly cultivated voice was so striking that she rarely, if ever, had to resort to displays of virtuosity. Characteristic of a forgotten sensibility that’s not often seen among the new breed of artists, her music was shorn of gimmickry. Yet it captivated millions of ordinary listeners.

“She appealed to both the lay person and the learned,” says her Jaipur contemporary Padma Talwalkar. Sahasrabuddhe, it is almost universally acknowledged, had the rare ability to instantaneously capture the audience’s attention and to hold it rapt till the very end of the mehfil, or musical gathering.

“Her vocal range was expansive,” vocalist Devaki Pandit says. “She would begin her concerts with a very extensive alapi [the free-flowing improvisatory opening section], accentuating the bhava or deep disposition of the raga, in the lower octave. But as she progressed, she would sustain the elaboration with stunning, emphatic flourishes.”

But she never embellished her khayal with unnecessary murkis (inverted mordants) or harkats (swift movements). In fact, she cautioned against their excessive usage, saying they brought an unwelcome flimsiness to classical music.

“For dignified khayal presentation, alankars (ornaments) such as meend (glide), gamak (curve) and as (longing) are needed. Even within these, meend is of prime importance,” Sahasrabuddhe wrote in an academic essay for the Open University, giving us a glimpse into her approach.

It made her music at once dramatic, yet meditative and soulful. Her singing was also a beautiful amalgam of all the various gharanas that shaped her syntax.

Born in 1948 into a musical family that drew its instruction from the great Vishnu Digambar Paluskar –  who was the guru of her father, Shankar Shripad Bodas – the young Sahasrabuddhe’s home in Kanpur was a melting-pot of melodic influences. Even though her training through those years was primarily in the Gwalior tradition, she learnt from all the visiting stalwarts who graced her father’s home.

“Her tana kriya [melodic pattern] was influenced greatly by the Jaipur tradition, but her alapi, for instance, was distinctly borrowed from Kirana,” explains Pandit, of how this give-and-take shaped her musical grammar.

In that sense, Sahasrabuddhe was inventive but never defiant, treading the fine line between tradition and novelty while never quite diluting the ethos of classicism. She went far beyond the shackles of gharana ideologies, but, in her own words, remained a ceaseless learner, a lifelong student of music.

She would go anywhere to seek out what she wished to hone.

Having never been trained in the Agra style, she imbibed its distinguishing techniques by listening to an old LP of Manik Verma’s Raga Jog Kauns, which she regularly performed in her unique style thereafter.

At the peak of her popularity, and long after storming the stage as a performing artist, she approached the prima donna of Hindustani classical music, the whimsical Kishori Amonkar, for lessons in Raga Rageshree. She venerated the towering genius of Amonkar and Kumar Gandharva, and the latter’s nirguni bhajans (the genre of devotional singing that emphasises the material formlessness of God) became a marked addition to her bhajan repertoire.

“She was a scholar,” says Sanjeev Abhyankar, the young maestro of the Mewati gharana. Sahasrabuddhe and Abhyankar’s mother Shobha did their doctorate degrees together, and among Veena’s chief academic interests were the lesser known ragas such as Mudriki Kanada or Charju Ki Malhar. The subject of her PhD was the tarana, however, that fast-paced composition of unintelligible syllables and words based on Persian phonemes said to be invented by Amir Khusro – a form of which she remained an unmatched master.

“Quite unlike anyone else, her tarana was khayal-numa [reminiscent of khayal]. It had great range and variety, with renditions in vilambit  (slow tempo) madhya  (medium) and drut laya (fast tempo). It was soft at times and impressively vigorous at other times. It suited her luxurious, full-throated timbre,” says Abhyankar.

A generous but uncompromising teacher

For all her soaring creative accomplishments, though, Sahasrabuddhe remained a down-to-earth person, wonderfully free from artistic caprice.

“She was so involved in our lives that our children still haven’t grasped how great their mother was,” her husband Hari, a professor at IIT Kanpur, told me at their Pune home.

“My mother once found the great Veena Sahasrabuddhe perched atop a stool, trying to clean the cobwebs on the ceiling fan,” remembers Abhyankar. “She was really quite unassuming.”

This is a view endorsed by her innumerable disciples. Between juggling a full family life and a grueling concert schedule, it is remarkable how quickly Sahasrabuddhe grew to be a highly sought-after guru, training a number of students in the traditional gurukul style.

Surashree Joshi, who trained under her for 14 years, characterises her as a “generous teacher, who never held back”. Sahasrabuddhe at a lecture-demonstration, explaining the difference between three ragas with the same scale. Credit: youtube

“Veena Tai would tell us that the easiest and fastest way to overcome a technical hurdle is to repeat the trouble-maker a countless number of times until one is completely worn out,” recounts Janhavi Phansalkar, a Dhrupad practitioner currently training under the Gundecha Brothers. (“You can take a small break if youstart dying,” she had added fairly, noticing our unnerved and horrified expressions at one of her heart-wrenching narrations of how she had practiced)”.

As her debilitating disease took over, Sahasrabuddhe retreated from the stage. But she continued to teach her older shishyas or disciples, and even took on the odd new one who insisted they wouldn’t go elsewhere – a testament to her dedication to music. When even teaching became impossible, she got her husband to set up a small stage in the living room. She’d sit quietly in a corner and make her students perform for her, gesturing to them when they made a mistake.

“Until two months ago, we’d have performances regularly in the evenings,” Hari told me. “She couldn’t sing, but she still had a lot to give.”

It’s a tragedy she went so soon. At age 67, a great Hindustani performer is generally at the threshold of even greater glory. And that greater glory certainly wouldn’t have evaded Sahasrabuddhe had she lived on.