He belonged to the first post-Independence generation of artists and created one of the most dense and sustained bodies of dramatic writing Indian theatre has ever witnessed. 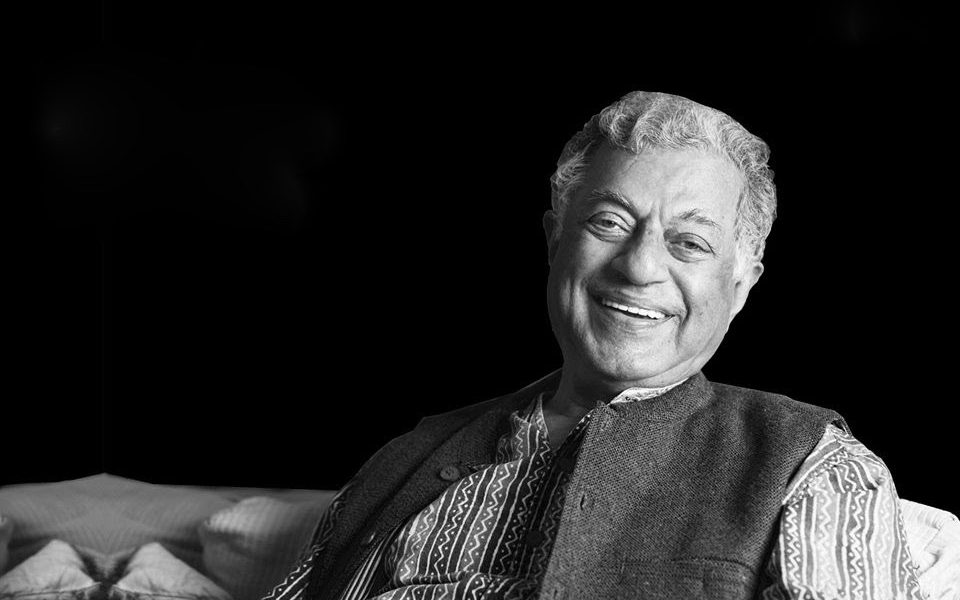 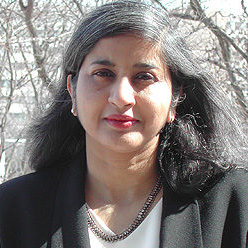 I first met Girish Karnad in April 1986, at the Chicago home of our close mutual friend A.K. Ramanujan, who had organised the Festival of India literary conference on the University of Chicago campus that month.

Like many other urban Indians of my generation who had an interest in serious cinema, I knew Karnad as the lead actor in Pattabhi Rama Reddy’s Samskara (1970), Shyam Benegal’s Nishant (1973) and Manthan (1976).

As a PhD student working on a dissertation on the Restoration and eighteenth-century British theatre at that time, I was also dimly aware that he had written a couple of groundbreaking plays – Tughlaq (1964) and Hayavadana (1971) – but had not read either of them.

The conversation during that evening in 1986 was therefore not about Karnad’s work, but about Indian literature in general – like many other conversations my husband, Vinay Dharwadker, and I had with him and Ramanujan in 1987-88, while he was a Fulbright Fellow at the University of Chicago.

I could not have imagined then that the systematic attention I began paying Karnad’s work in the theatre and other media around 1990 would gradually transform my own life as a scholar and critic, making modern and contemporary Indian theatre (rather than the Anglo-American traditions) my primary fields of expertise.

I could also not have foreseen that this long association would be one in which friendship and scholarship informed and balanced each other perfectly (a rare experience for a professional academic).

For 30 years, in published essays, interviews, lectures, conference presentations, and especially the Introductions to the Collected Plays (3 vols., 2005-2017), I have taken stock of Karnad’s multidimensional artistic life again and again, at various points in his evolving career.

Today the circle is complete, and as I contend with the news of his passing in Mangalore, where I am visiting members of my family, the singular nature of his achievements comes into focus with a sharp finality.

Karnad belonged to that first post-Independence generation of Indian artists who had to rethink everything – the distant as well as the recent past, the relation of tradition to modernity, the relationships between the major Indian languages, including English, the interdependencies of print and performance, the role of theory and criticism in the arts, the inherited conventions of representation in theatre and film, and the competing claims of artistic seriousness and commercial success. 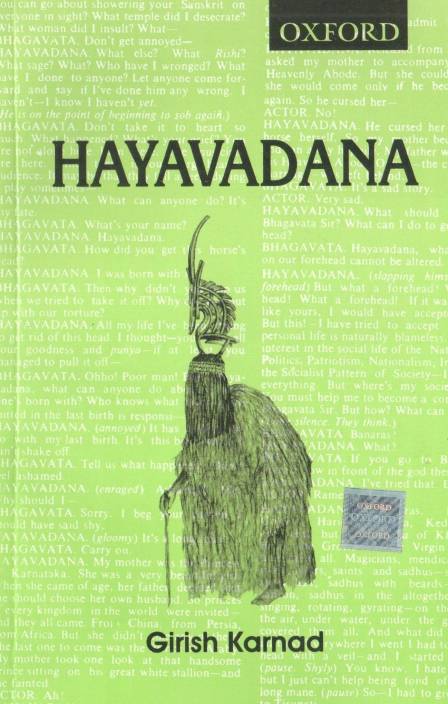 His distinctive contribution to this generational effort was to use myth, history, folklore and contemporary urban life as four-fold narrative resources to which he could return throughout his career. However, Karnad positioned himself firmly in the present even when he was immersed in past narratives, so that the past could always speak to the present with spareness and clarity.

In plays such as Yayati (1961), The Fire and the Rain (1994), and Bali (2002), myth functions both as an archetypal narrative open to renewal, and a structure of meanings worth exploring in itself because it offers opportunities for philosophical reflection without the constraints of realism or the necessity of a contemporary setting. The drama form also demands that myth be humanised and structured around fully imagined interpersonal relationships.

Karnad’s history plays, from Tughlaq in 1964 to Tale-danda in 1989 and The Dreams of Tipu Sultan in 1997, are even more resonant examples of how the past and the present are bound up together. Each play draws extensively on the written historical record; each creates fictional counterparts and/or a fictional structure for its real-life characters; each encourages its viewers and readers to ask how history is written, transmitted, and accepted as valid knowledge about the past, and to see how institutionalised history is unsettled by competing forms of historical knowledge.

By creating complex ideological and intertextual connections between history, historiography and fictional structures, these plays intervene actively in the overall discourse of history, and hence form an important part of the revisionary thrust of the post-independence period.

Karnad’s use of folk narratives was equally radical and relevant. In the social-realist urban drama of male playwrights such as Vijay Tendulkar, Mahesh Elkunchwar, and Mahesh Dattani, the experience of women characters is overwhelmingly that of oppression, marginalisation, exploitation, violence, and even death.

In contrast, in plays such as Hayavadana and Naga-mandala (1987), women are objects of desire as well as desiring subjects, and want something other than what society has ordained for them. The very presence of such desire violates the norms of feminine behaviour and disturbs established notions of propriety.

In the world of folk culture as created by Karnad, women have the power to speak, act, and control the fate of men, and they are the prize for which men willingly or unwillingly sacrifice themselves. The various kinds of urban dystopias that he evokes in “realist” contemporary plays like Broken Images (2004), Wedding Album (2009), and Boiled Beans on Toast (2014) underscore further the relative freedom of the countryside, even as they mourn the destruction of that sphere in the juggernaut of the neoliberal city.

Over nearly 60 years, these versatile narrative sources enabled Karnad to create one of the most dense and sustained bodies of dramatic writing among his post-Independence peers – but he stood out even further because of the many other levels of complexity he brought to his artistic life. For example, he persistently described playwriting as the vocation that best expressed his self-perceptions and abilities, and the identity of playwright as his chosen literary identity, despite a multifaceted engagement with the media of film, television, and video, and a larger-than-life presence in the public realm.

As an actor, director, screenplay-writer, high-profile administrator, and public figure Karnad was a “celebrity” for more than three decades, but as the double honour of the Jnanpith Award and the Saraswati Samman (India’s two most prestigious literary prizes) confirmed in 1999, Karnad also made very serious claims on our literary attention. He thus appears to have maintained a unique separation and balance between his contributions to “high”, “popular,” and “official” culture – between the responsibilities of authorship and the demands of the marketplace as well as the public sphere.

The catalogue of Karnad’s exceptional talents does not end here. After Michael Madhusudan Dutt (1828-1873), he is the only truly bilingual playwright in modern and contemporary Indian theatre; the translator of all of his own work from Kannada into English and vice versa; an important commentator on the nature and contexts of his drama; an iconic figure in the multilingual performance culture of our time; and a principled public intellectual who spoke truth to power, often at the expense of his own safety.

In an essay titled “Theatre in India” which first appeared in the journal Daedalus (1989), Karnad offered an elegant commentary on the challenges confronting his generation in Indian theatre, and the impulses and questions that led to the writing of major plays such as Tughlaq and Hayavadana.

In general, he used the forms of the newspaper or journal interview, the essay, and the author’s introduction to comment extensively on his own new plays, the broader trajectory of his work, and the direction of both modern and contemporary Indian theatre.

It is also important to recognise that Karnad’s translations of his own plays from and into Kannada and English are only a small part of the process by which his work has circulated within and outside India, and has acquired an enduring afterlife. Again, works such as Tughlaq and Hayavadana are showpieces of multilingual circulation-through-translation, including between them every major Indian language, as well as European languages such as Hungarian, Spanish, Polish, and German.

Even as I enumerate the many ways in which Karnad transformed contemporary Indian theatre and culture, I am aware that a tribute to him could go on indefinitely. One way to conclude, then, is to cite my conclusion to the Introduction to Vol. 3 of his Collected Plays:

“Any one of the major features of his work—myth or history or folklore or contemporary life as subjects, realism or anti-realism as modes, English or Kannada as source languages, theatre or film or television as creative mediums —would have sustained a lifelong career in drama, theatre, and performance. The singularity of Girish Karnad’s larger-than-life presence in post-independence drama is that he has engaged with all of them, enriching contemporary Indian and world theatre in immeasurable  ways.”

Aparna Bhargava Dharwadker is Professor of English and Interdisciplinary Theatre Studies at the University of Wisconsin-Madison, and has published extensively on Girish Karnad’s work in the theatre.