Saving a Life and Conserving an Art: India's Bahurupiya Fall on Hard Times

With the coming of television, publicly-performing traditionally skilled communities like the Bahurupiyas have been displaced. 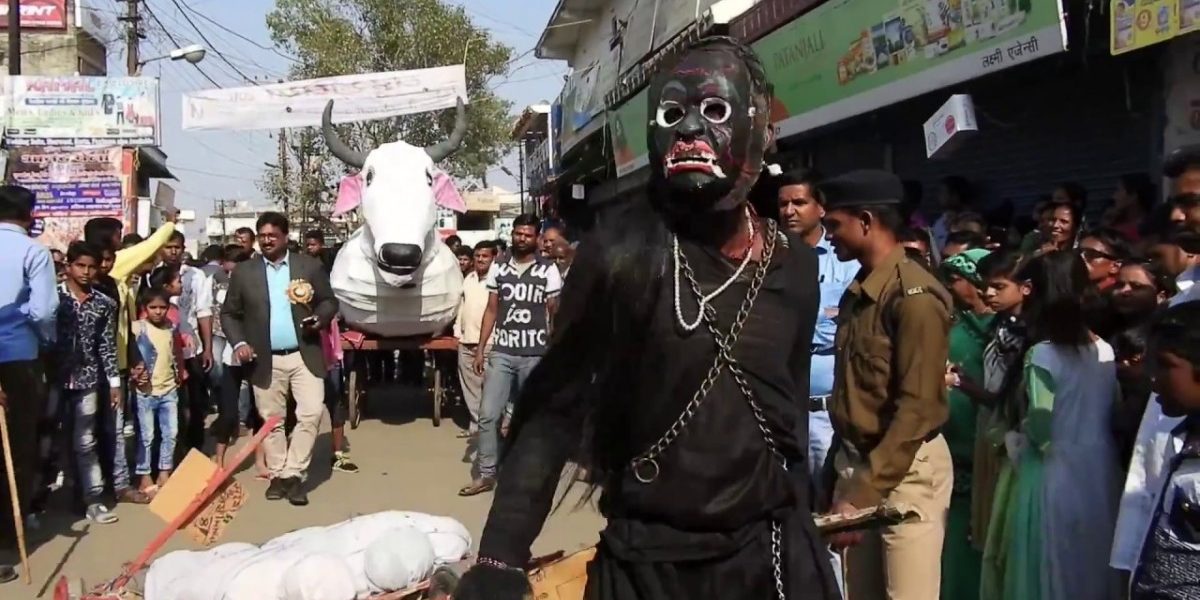 A week ago, on a cold winter morning sat about 50 men with white turbans and wrinkled faces, but with eyes – though tired – shining with intelligence. They were gathered in the assembly hall of Gupteshwar Temple in Dausa, Rajasthan. A hanging banner read “Bahurpiya Samahro: Bahurupiya Sangharsh Samiti aapka istakabal katri hai” : The gathering of Bahurupiya (Bahu- many Rupiya- forms) – traditional impersonator artists – who collected to address the difficulties of their community.

It was a young Bahurupiya, Shamshad Khan, who, along with other young men of the community, contributed money and braved to organise this meeting. A poster for the event. Credit: Shailaja Kathuria

Those of them who spoke, referred to their earlier patrons and lost days of glory where they were patronised by royals and traders of various provinces. Itinerant by nature, the Bahurupiyas roam from one village or town to another enacting – in remarkably satirical commentaries – on well-known personalities, mythical figures and events wherein they assume the character and enact the role. They perform to create awareness on social happenings and much more. In turn, the rural audiences gave, and still give, grains – sometimes cash – with which these brilliant artists scarcely get by.

With the coming of television, such publicly-performing traditionally skilled communities are displaced. Today, as one of them said, their art form is on a ‘ventilator’. Most do not have any land; they have but this one skill. A skill which is not part of the Skill India framework.

Some are lucky get work during the wedding season, craft melas like Surajkund and through the Zonal Cultural Centres. After the season ends, they go back to performing in rural areas and struggle to survive. Other than being marginalised and struggling, these artists carry the stigma that has gone with the word ‘Bahurupiya’ – which is generic for a cheat. Unfortunately, with the passing of time, as less and less is known about the art, public ignorance has fuelled this mistrust. Despite these challenges, if the craft is surviving, it is only because of the indomitable spirit of the artists, their love and belief in their art and talent. These are also precisely the very reasons  this art form has great potential.

The meeting a week ago was well underway when a man supported by several others was brought to the dais. As he assumed his seat, prominent community members ran to touch his feet and garlanded him. His dark face was in pain and yet his eyes shined with determination. He was a living-legend among the community – Shivraj Bahurupiya. 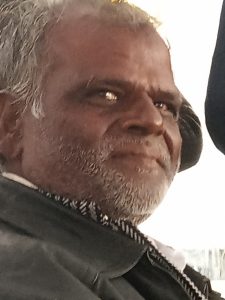 Decorated with a variety of national and state awards, such as the one from the Western Zonal Cultural Centre, the Dausa Award by News Today and the Mahatma Jyoti Ba Phule National Award in Nagpur, among others, he has represented India in various domestic and international festivals.

A supreme artist, he is perceived as the father of the community who brought the Bahurupiya’s in Northern India together, compiled a group to promote the clean India campaign, encouraged women and other community members to take to education and fought to create more job opportunities for his community.

Five years ago, as he was participating in the Republic Day parade in New Delhi, he collapsed only to wake up to kidney failure. Ever since, he has been on dialysis and owes Rs 10 lakh in debt. His wife, whose kidney matches his blood type, is a prospective donor. But he requires about Rs 7 lakh for the transplant.

Towards the end of the meeting, Shivraj took the microphone and spoke with firm resolve, “Do not lose hope, I am with you, and I will see that our art-form and we survive.” As the crowd dispersed, he quietly wiped a tear, and asked his son: “Will I?”

It’s important to draw attention to the vast number of marginalised traditionally skilled communities. They need health support systems, artist identity cards and it would work to their advantage to expand the repertoire of the characters they play to include more contemporary ones – even if they are caricatures – so that their art is reconnected to contemporary markets. There are many Bahurupiyas who are entertaining their audiences with new roles already.

Also read: Building a Theatre That Responds to Its Surroundings

Secondly, in addition to their solo performances, working-in new formats, sharing performance spaces with other characters and working as communicators for social change will enhance their art. 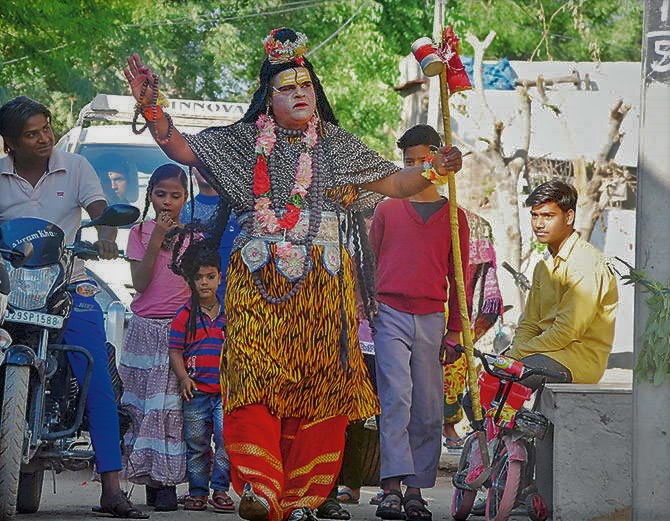 A step in the right direction will be for the state to come forward to help Shivraj. Furthermore, formulating a policy to address the preservation and propagation of the arts and traditional skills would act as a firm cultural policy statement – on which is still non-existent.

Shailaja Kathuria is Director, Centre for New Perspectives – a non-profit organisation which works with traditional creative and cultural communities to reconnect with contemporary markets ensuring the preservation of an intangible heritage.