Review: Getting Mosh Pit Access to the Beatles' Experience in India

For the true Beatles fan, Ajoy Bose has delivered a lovely, lasting gift in his book 'Across the Universe: The Beatles in India'. 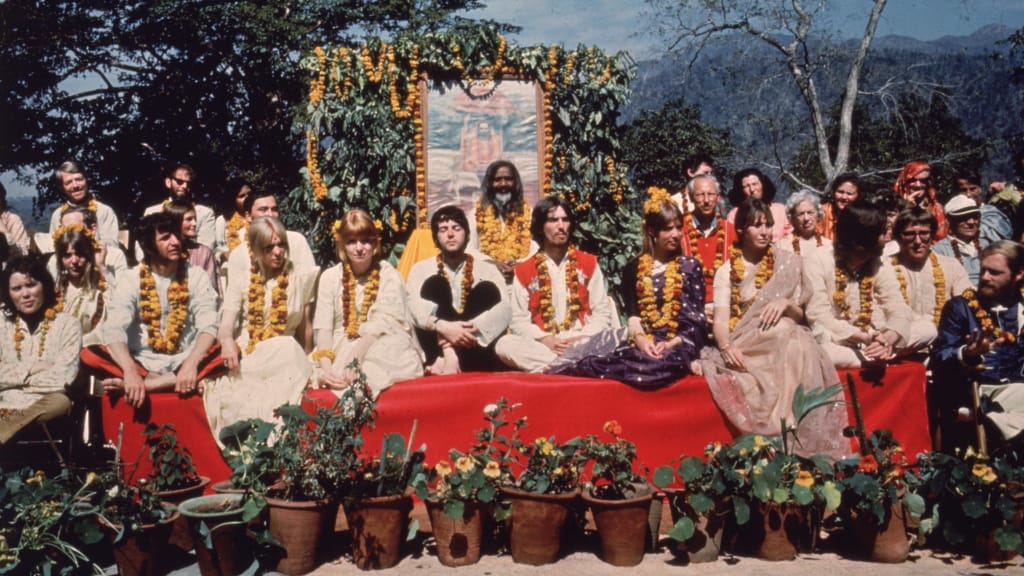 A group photo of The Beatles and their partners with Maharishi Mahesh Yogi at his ashram in Rishikesh in 1968. Copyright: Paul Saltzman 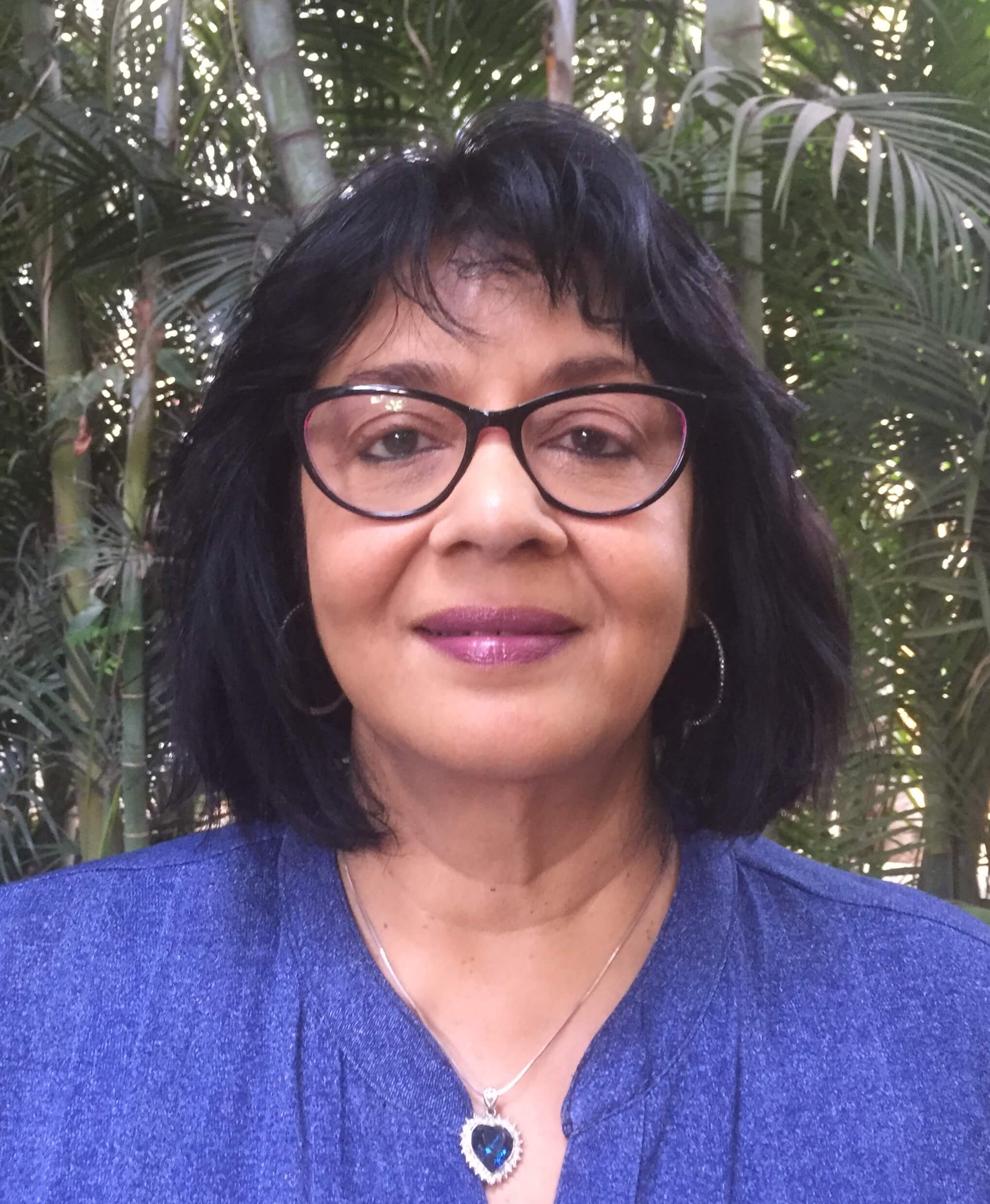 Back in the mid-70s, I was lead singer with the band ‘Human Bondage’, at a disco called Wheels at the Ambassador Hotel in New Delhi.

One night, in the middle of our set, our keyboard player (the late) Steve Law became hugely agitated. This was not a good thing because Steve also doubled up as a bass player, using his left hand.

“Radha, that’s George Harrison,” he whispered to me in a loud aside during the guitar player’s solo. He pointed in the direction of a grubby-looking, long-haired and bearded bloke sitting at the back of the room with another guy. Being short-sighted from birth, I couldn’t be a 100% sure, but there was a strong resemblance.

When we took a break, Steve pounced on the poor guy. Pretty soon some of the others in the band followed. Then the staff and everyone else all piled on to George Harrison who was probably either coming from or headed to Rishikesh. I hovered in the background.

Harrison steadfastly never admitted to being himself. “I’m Egbert, don’t you know me?” he asked Steve, grinning widely. “I’m a famous musician. My name is Egbert, How come you don’t know me?”

Steve tried to get him to confess and Egbert insisted he wasn’t George.

But Steve was willing to swear on a stack of Bibles that George was indeed George, by George. And everyone else who got close enough agreed with Steve.

It was a funny night and one I won’t forget. The night Egbert heard me sing. 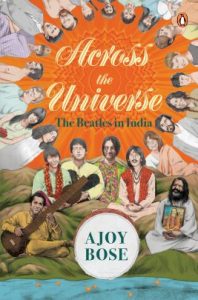 Across the Universe: The Beatles in India
Ajoy Bose
India Viking, February 2018

I was delighted therefore to pick up, Across the Universe: The Beatles in India, by Ajoy Bose, perhaps one of the most satisfying books I’ve read recently, which filled up several gaps in my soul I didn’t even know existed.

Despite being a huge Beatles fan, I didn’t begin my journey into their music from the beginning with ‘Please, Please Me,’ (1963) on account of my having been born at the wrong time. They were already hot stuff in the world of popular music by the time my ears perked up.

I was introduced to them via the incredible, amazing, life-altering ‘White Album,’ at least a year after it came out in America, because I lived in a musical vacuum called ‘boarding school’, and had to wait for my aunt to come down from the US once a year, bearing gifts of vinyl.

It’s very likely that in my late teens – my most impressionable, most receptive and most formative time – The Beatles entered my brain in a metaphysical way telling me, “Radha, forget about college. Join a rock-and-roll band. Tune in. Drop out. Turn on.”

I heard them loud and clear and listened obediently.

But not before I wore out the double album’s grooves memorising every single song, even though the lyrics made very little sense to me at the time.

And it wasn’t until I finished Bose’s book a few days ago in one thirsty gulp, that I finally really understood ‘Dear Prudence’ (written for Mia Farrow’s manic sister Prudence who alternatively screamed and meditated) and ‘Julia’ (Lennon’s absent mother) and ‘Bungalow Bill’ (too long to explain, you have to read the book).  Indeed, ‘Yer Blues,’ was a total revelation. I can go on and on jumping up excitedly but that would be silly.

I honestly feel like I’ve heard the Beatles for the very first time and life’s true meaning has been revealed in a personal whisper from Bose directly to me.

But enough about me and on to the book. 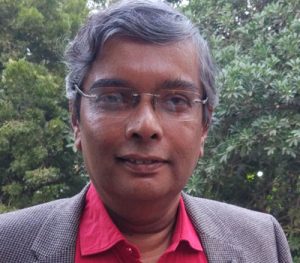 Fifty years ago, on the relentless urging of George Harrison (the ‘Indian’ Beatle), The Beatles spent some time at the picturesque foothills of the Himalayas in Rishikesh, The Valley of the Saints. They had been invited to come there and learn the mysteries of Transcendental Meditation by the man who had trademarked it. He was Maharishi Mahesh Yogi, aka ‘the Giggling Guru’, who went on to reveal his one-of-a-kind mantras to many other luminaries including emerging gurus such as Deepak Chopra.

For the boys from Liverpool, the curse of being blessed with miraculous, astonishing good fortune in their careers almost from the count off had left them confused, unhappy and unsatisfied. LSD, alcohol, sex and other stimulants weren’t quite doing it and they wanted more.

In the Himalayas, The Beatles, their wives and a bunch of famous friends including Mike Love of The Beach Boys, Mia Farrow, Donovan and others spent several weeks looking for the most elusive meaning of life with the MMH as their tour guide.

Bose takes us through their journey to and from Rishikesh, having compiled painstaking and extensive research to bring their unusual, bizarre yet somehow very normal experiences almost to life.

One gets mosh pit access to George Harrison’s introduction to Indian culture, philosophy, music and his association with Ravi Shankar. And also a fly-on-the-wall view to John Lennon’s separation anxiety from his muse Yoko Ono while one senses Paul McCartney’s impatience and Ringo Starr’s insecurities. And all the while one is observing power shifts within the band as they create different types of music.

It’s like delving into their brains with a probe. For the true Beatles fan, Bose has delivered a lovely, lasting gift.

If you’re not as steeped in their music and cognisant of what you were doing at the time you first heard a particular song, I don’t know if the book will have as much impact. I’m being blinkered, yes.

But if you’re of a certain fine vintage as I am, reading Across the Universe, is going to make you feel very, very good for a while till you get back to your daily aches and pains.

I’m quite certain if I were to be spirited away across the universe tonight, I will go happy.

Radha Thomas is a jazz musician, an author and worked at Explocity.com as Executive VP.