One of the pioneers of the post-1947 contemporary art movement in India, his monastic pursuit continued for over seven decades. 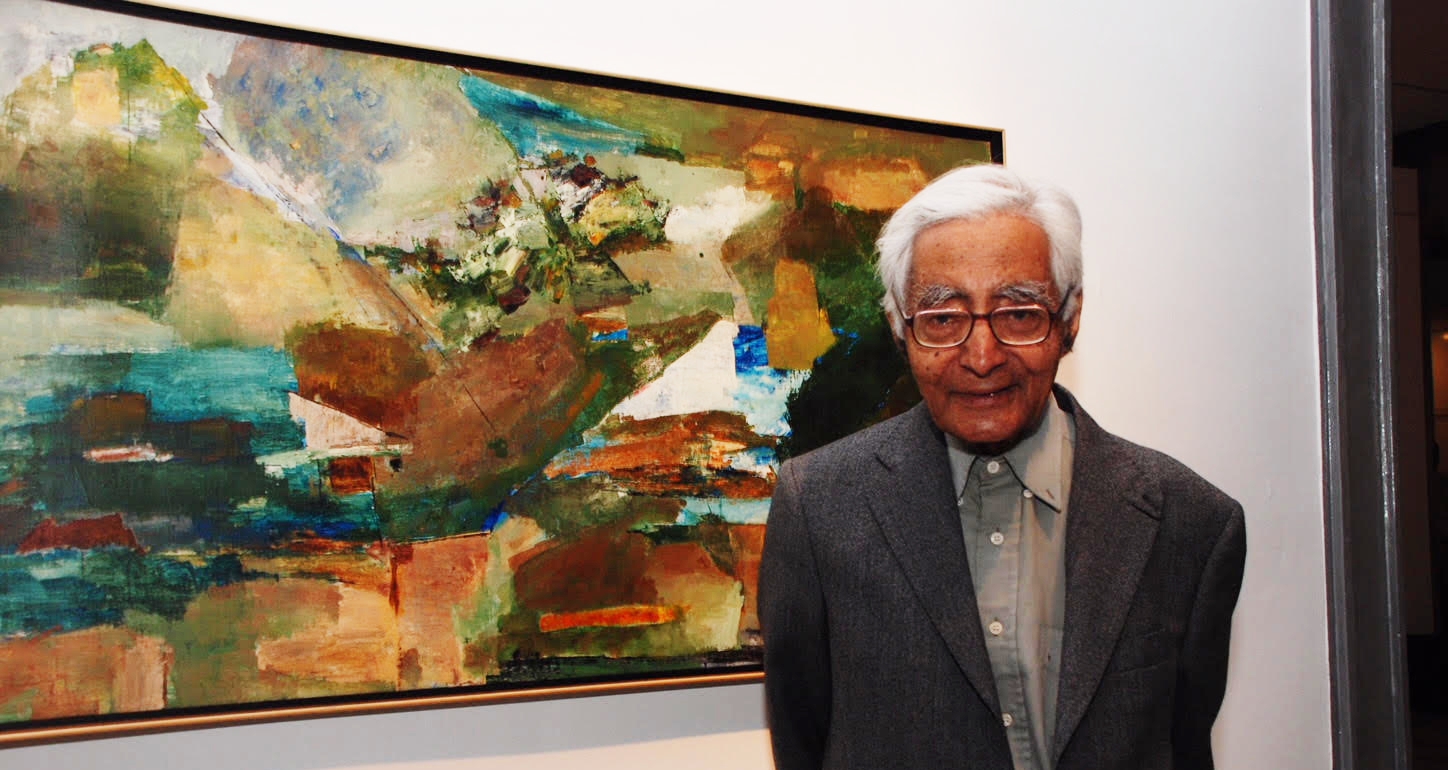 Ram Kumar, the artist par excellence who passed away in Delhi on Saturday  will long be remembered for his substantive contribution to  contemporary Indian art over seven decades. Recipient of the Padma Bhushan, he was among the pioneers of the post-1947 art movement in India, though not a member of the Progressive Artists Group. .

From the early 1950s  to as recently as December 2016 when a  major exhibition of his work was held in Delhi,  Ram Kumar was an artist who made a deep impact on the discerning and patient viewer who could relate to the meditative sub-text that was imbued in his work.

A prolific painter who straddled the figurative and the abstract with seamless fluency  and commendable rigour, I recall Ram Kumar  as a quiet, self-effacing person with a deep aesthetic sense, who was alert and curious but in later years reticent almost to the point of being reclusive.

Yet, he suffered fools with gentle indulgence, as I experienced  in my cockier phase as an aspiring art-writer (am hesitant to use the word critic) and made bold to use the word ‘tentative’ in relation to his figurative leanings. During the course of a few conversations at the Triveni Kala Sangam cafe in Delhi, he made me aware of my own ‘tentativeness’ in understanding the subtleties of his work at the time.

But first a brief word about his entry into the art world.  One of eight siblings, including his elder brother the well-know Hindi writer Nirmal Verma,  the young Ram Kumar was pursuing his Masters in Economics at Delhi’s  St. Stephens College in 1948; a promising career in banking beckoned . Yet a chance visit to an art gallery in Connaught Place and a meeting with artist-teacher Sailoz Mukerjea (born 1907)  encouraged Ram Kumar  to  leave the security of the economist-banker route and opt for the material uncertainty and creative angst of the budding artist.

As the legend goes, armed with a one-way ticket to Paris and a princely scholarship of Rs 100, Ram Kumar was introduced to the citadel of modern art  where  he studied under Cubist painter Fernand Léger and sculptor and figurative painter André Lhote. These were strong influences which were reflected in his early work, which he recalled as :“My figuratives were more of the urban predicament, fuelled by socialist realism”.

The early Ram Kumar works internalised the trauma of the partition of the Indian sub-continent as also the post war European despair and aspiration that Paris  exuded. Ideologically drawn to socialist humanism, Ram Kumar joined the French communist movement and my own recall of seeing his early work is one of  recalling  the pathos and arid solitude that TS Eliot evoked in his poems. A prolific painter, Ram Kumar who straddled the figurative and the abstract with seamless fluency  and commendable rigour. Credit: Lalit Kala Akademi

In the 1960s, after returning to India, it is evident that his visit to Banaras had a profound effect on his paintings.  One was introduced to the essential Ram Kumar in the mid 1980s by the late Richard Bartholomew and it marked the beginning of a long and rewarding journey into the melancholic work of a  deeply reflective  artist. Two bodies of work stand out in this phase – the Banaras series and ‘Sad Town’ and each is distinctive for the visual distillation of complex symbolism. Writing about the Banaras series, Bartholomew noted in a major essay on the artist about how Ram Kumar captured  the essentials of the eternal city:  “Banaras was distantly and almost indistinctly as a mirage , a wedge of intricate structure between expanses of what now appeared to be water and sky .The city appeared to be an emanation.”

Banaras/Varanasi and its sacred ghats along the Ganges have been  the preferred site of visual exploration by many Indian artists. To me, what is distinctive about the Ram Kumar rendition is the  reduction of  the  holy city with all its temporal and spiritual connotations to a formal architectonic visual frame, where the sacred is leavened with the profane and the figurative elements lead to a contemplative abstraction .

Over the years Ram Kumar became a much sought after artist and at a recent  international art show,  one of his paintings crossed the one million dollar mark. A very significant fiscal punctuation, but it was glossed over by his monastic pursuit, one that was dedicated to line and colour. The artist was in the news over the last few years of his life, when it was discovered that four of his paintings worth over Rs 12 crore at the time had been stolen from his East Delhi residence.

An obit such as this cannot do adequate justice to the body of work put together by Ram Kumar over seven decades.  His contribution to contemporary Indian art will remain distinctive and  consequential and an observation he made in the course of an interview is worth remembering : “When one is young and beginning, one’s work is dominated by content, by ideas but as one grows older, one turns to the language of painting itself. I have grown detached. I want to find the same peace that the mystics found.” One does hope that Ram Kumar found that elusive peace on Saturday.