Photo Gallery: After the Kolkata Tragedy 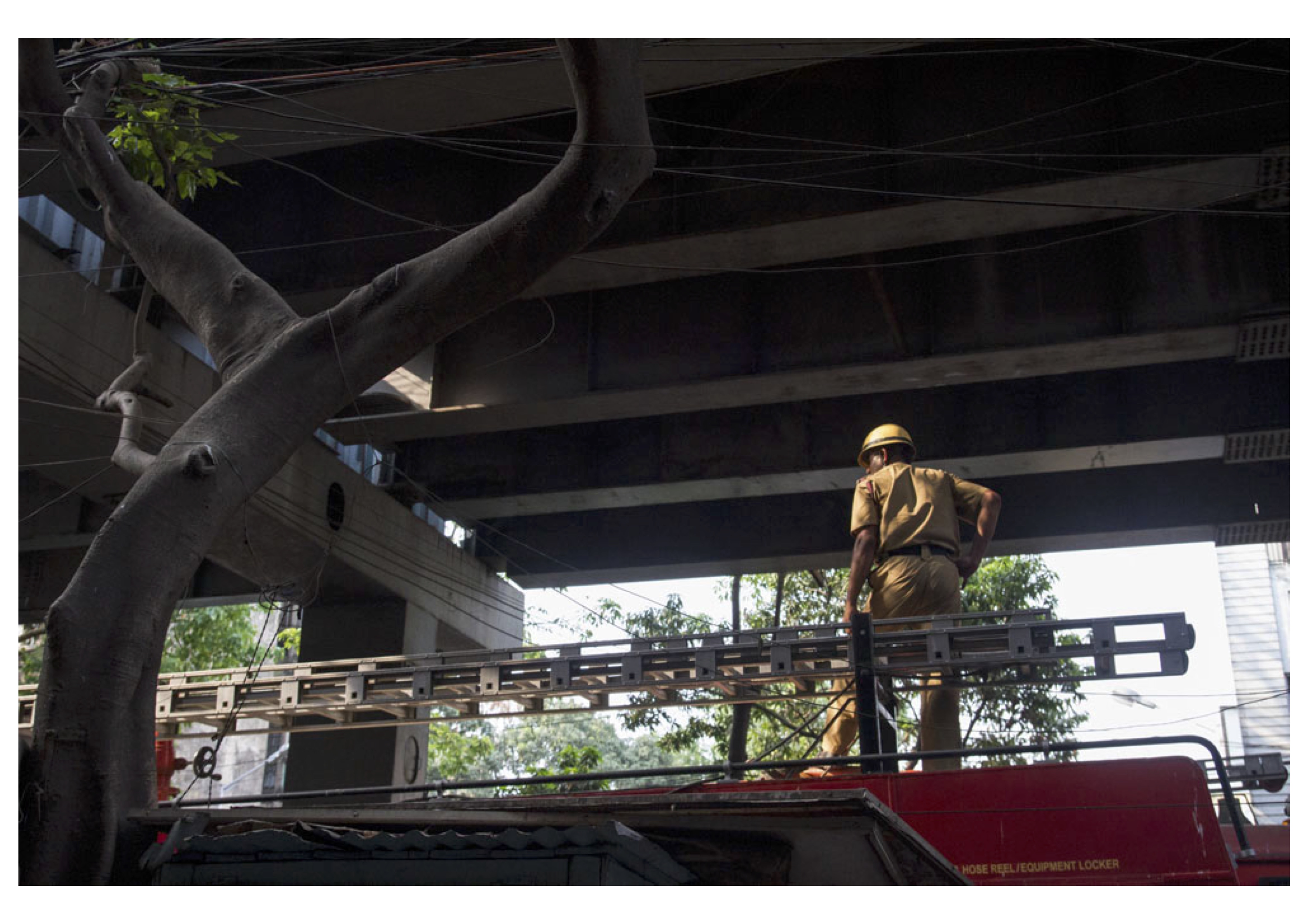 The West Bengal Fire and Emergency service rushed to the spot, but couldn’t help much as the scale of the disaster was huge and they had limited resources to cut through the debris.

Right from its inception there was considerable amount of protest as certain sections of this flyover crossed shockingly close to adjacent buildings, with the minimum distance being as less as 3 feet at certain stretches. Rescue workers have been trying to cut through huge beams of metal to pull out trapped bodies beneath the collapsed flyover. Local residents in Girish Park area of Kolkata fears hundreds of people and vehicles are still trapped under the debris of the flyover. The West Bengal Fire and Emergency service rushed to the spot, but couldn’t help much as the scale of the disaster was huge and they had limited resources to cut through the debris. Owing to the immense magnitude of the disaster, eventually the army was called in to assist the rescue operations. A pigeon sits on the section of the bridge from where the flyover collapsed Thursday afternoon.

The National Disaster Response Force was one of the earliest forces to arrive on the scene. However due to lack of efficient industrial gas cutters they had huge difficulties in cutting through the strong metallic beams. Three hours after the incident, there was still a lot of confusion regarding rescue operation. Cranes deployed at the site failed owing to the heavy weight of the fallen portion of the bridge. Rescue operations are currently underway and eyewitnesses at the site fear at least 100 more people could still be trapped under the rubble. It’s complete chaos for the local residents of the area, with many people trapped in their own houses. All the shops in the vicinity have been shut down as there is still fear of the other hanging section of the bridge falling. The fallen portion of the Vivekananda road flyover lying eerily close to residential buildings. Several buildings have been evacuated to avoid further casualties. One of the biggest challenges in the rescue operation is to navigate the cranes and the larger machines through the extremely crowded and narrow lanes of Burrabazar, one of the oldest and busiest parts of Kolkata.

“It is nothing but God’s act,” claimed Panduranga Rao of the Hyderabad-based IVRCL Construction company engaged in the construction of the Vivekananda road flyover. This insensitive response has been roundly condemned.