Nigerian music is drawing interest from beyond the borders, showcasing the vitality of a creative industry that the government is now depending on to diversify the economy and foster development. 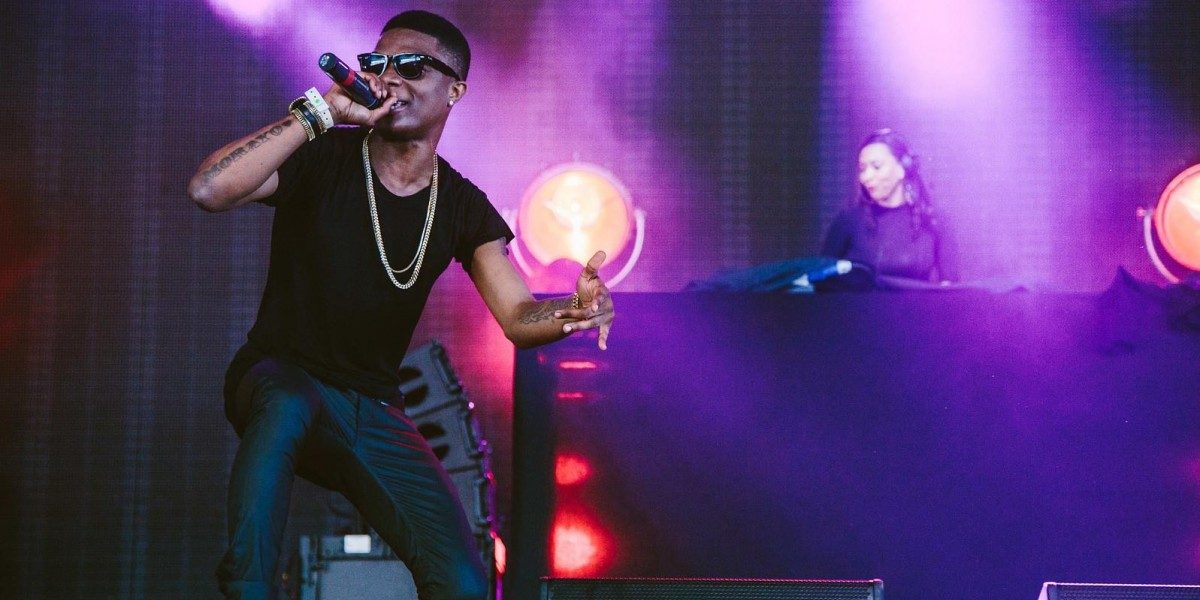 It is a cold evening in Antwerp, Belgium’s second-largest city, famous for diamonds, beer, art and high-end fashion. Inside a small restaurant, a mix of the latest American pop and rap – clearly enjoyed by diners – is playing on a radio. Nigerians Olalekan Adetiran and Adaobi Okereke, enjoying a kebab dinner, are startled when the radio begins playing the unmistakable Ma Lo – a catchy, midtempo and bass-laden song by popular Nigerian artistes Tiwa Savage and Wizkid.

The song, currently a hit in Nigeria and across Africa, awakens thoughts of home; they cannot stop smiling at the pleasant surprise. They are visiting Belgium as part of a tour of European countries and their cultural landmarks.

A week earlier, barely two months after its release, the eye-popping video of the song had been viewed on YouTube more than 10 million times – and counting.

For Adetiran, hearing Ma Lo on a Belgian radio station not known to cater to African communities confirms that music from Naija (as Nigerians fondly refer to their country), is going places. It reflects the greater reach of a new generation of Nigerian artists.

Just like the country’s movie industry, Nollywood, Nigerian music is drawing interest from beyond the borders, showcasing the vitality of a creative industry that the government is now depending on, among other sectors, to diversify the economy and foster development.

Last November, Wizkid won the Best International Act category at the 2017 MOBO (Music of Black Origin) Awards held in London, the first for an Africa-based artist. He beat back competition from more established global celebrities such as Jay-Z, Drake, DJ Khaled and Kendrick Lamar.

At the same MOBO Awards, Davido, another Nigerian artist, took home the Best African Act award for If, one of his hit songs – a love-themed ballad with a blend of Nigerian rhythms and R&B.

Since its release in February 2017, the official If video has racked up more than 60 million views on YouTube, the highest number of YouTube views for any Nigerian music video and one of the highest ever recorded for a song by an African artist.

The Nigerian government is now looking to the creative industries, including performing arts and music, to generate revenues.

In rebasing or recalculating its GDP in 2013, the Nigerian government included formerly neglected sectors, such as the entertainment industries led by Nollywood. As a result, the country’s GDP increased sharply, from $270 billion to $510 billion, overtaking South Africa that year as the continent’s biggest economy, notes the Brookings Institution, a US-based nonprofit public policy think tank.

Brookings reports, however, that the GDP rise didn’t show an increase in wealth and that a recent crash in the price of oil, the country’s main export, is slowing economic growth.

Nigerian music sales revenues were estimated at $56 million in 2014, according to PricewaterhouseCoopers (PwC), an international accounting and auditing firm. The firm projects sales revenues to reach $88 million by 2019.

Globally, the creative industry is among the most dynamic economic sectors. It “provides new opportunities for developing countries to leapfrog into emerging high-growth areas of the world economy,” the United Nations Conference on Trade and Development (UNCTAD), a UN body that deals with trade, investment and development issues, said in a 2016 report.

Over the last decade, Europe has been the largest exporter of creative products, although exports from developing countries are growing fast too, UNCTAD reported.

According to PwC, lumped together, annual revenues from music, movies, art and fashion in Nigeria will grow from $4.8 billion in 2015 to more than $8 billion in 2019,.

Nigeria’s National Bureau of Statistics reports that the local music sector grew “in real terms by 8.4% for the first three months of 2016” and that in the first quarter of 2017, the sector grew by 12% compared with the same period one year prior.

The growth may be attributed to a reversal in music consumption patterns, according to local media reports. Up to the early 2000s, the music in clubs and on the radio in Nigeria was dominated by British and American hit songs.

Not anymore. Reportedly, most Nigerians now prefer songs by their local artists to those by foreigners, even the big ones in the West.

“When I go out, I want to hear songs by Davido or Whizkid or Tekno; like other people, I cannot enjoy myself listening to songs by foreign artistes anymore,” says Benjamin Gabriel, who lives in Abuja. With a population of about 180 million, Nigerian artists have a huge market to tap into. The big ones like Whizkid and Davido are feeling the love – maybe the cash too!

“We are ready to explore and exploit the ‘new oil,’” Nigeria’s minister of information and culture, Lai Mohammed, commented ahead of a creative industry financing conference held in Lagos last July.

“When we talk about diversifying the economy it is not just about agriculture or solid minerals alone, it is about the creative industry – about the films, theatre and music,” Mohammed said.

He was reacting to UNCTAD’s findings that the creative industry contributed £84.1 (about $115.5) billion to the British economy in 2014 and $698 billion to the US economy that same year. “Nigeria cannot afford to be left behind,” Mohammed declared.

The Nigerian government is already providing incentives to investors in the sector, including a recent $1 million venture capital fund to provide seed money for young and talented Nigerians looking to set up business in creative industries.

The government is also allowing the industry “pioneer status,” meaning that those investing in motion picture, video and television production, music production, publishing, distribution, exhibition and photography can enjoy a three- to five-year tax holiday.

Other incentives, such as government-backed and privately backed investment funds, are also being implemented.

Yet as hopes of a vibrant industry rise, pervasive copyright violations could stunt its growth.

In December 2017, the Nigerian police charged three people in Lagos with copyright violations. Their arrests had been widely reported in the country months earlier. “Piracy: Three suspects arrested at Alaba with N50 million [US$139,000] worth of materials,” Premium Times, a Lagos-based newspaper, announced in a headline.

Alaba market in Nigeria’s commercial capital, Lagos, is famous for electronics, but it is also notorious for all things fake and cheap, attracting customers from across West Africa to East Africa.

Recent efforts by the authorities to fight piracy led to police raids of Alaba and other markets in the country, resulting in the seizure of pirated items worth $40 million.

Despite such raids, the business of pirated music and movie CDs continues unabated, turning enforcement efforts into a game of Whack-A-Mole. With minimal returns from CD sales, Nigerian artists rely on ringtone sales, corporate sponsorship contracts and paid performances to make ends meet. Most Nigerian artists now prefer online releases of their songs.

Still, online release poses its own challenges. For example, Adetiran and Okereke recall visiting in March 2017 a club in Dakar, Senegal, where DJs spun Nigerian beats nonstop. The two realised only much later that those songs had been downloaded from the Internet.

“When you create your content and put it out, it’s scattered,” Harrysong, a Nigerian singer, told the New York Times in June 2017, echoing Adetiran and Okereke’s experience. He was expressing performers’ sense of powerlessness as they lose control of sales and distribution of their music.

The Times summed it up like this: “Nigeria’s Afrobeat music scene is booming, but profits go to pirates.”

The article was republished on IPS from Africa Renewal. Read the original here.