The National School of Drama Is Facing a Question of Character

Creative freedom must be supported by robust pedagogy and administrators must be restrained from exploiting the 'glamour' of the school to advance narrow agendas and degrade the quality of instruction in the process. 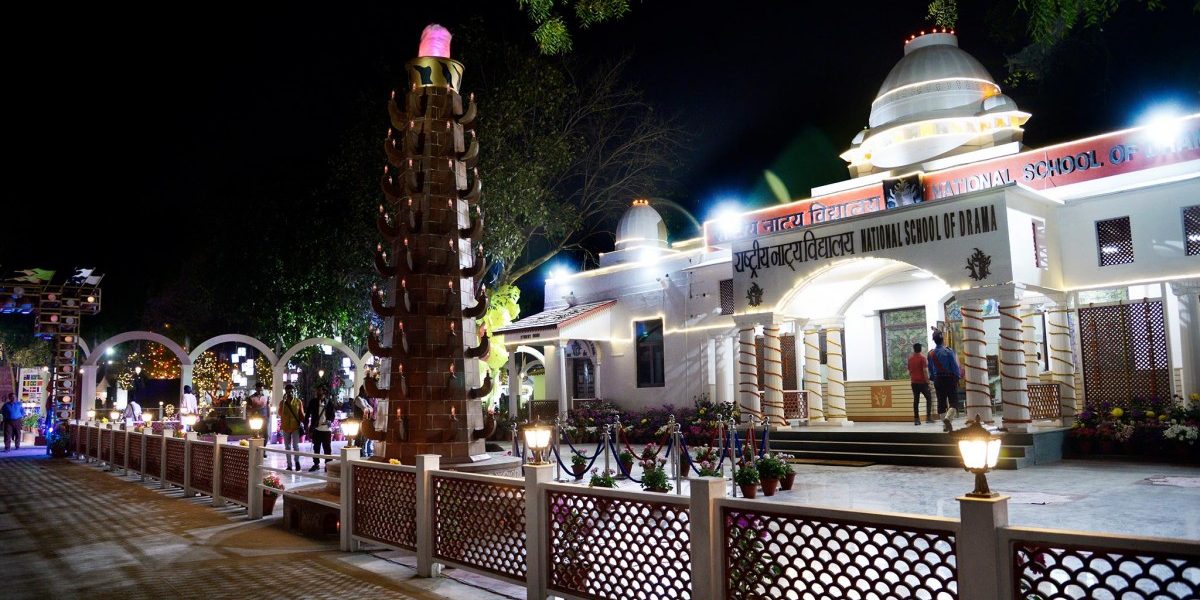 In the dramatic arts, the question of character is always an interesting subject. What process of transformation does an actor undergo to embody a character – one who seems imbued with life and substance and who seems to live within and beyond our imagination?

Artists in this country have dedicated entire lifetimes to answering this question. Some ritual forms of theatre have grappled with this question over generations, such as the Ramlila and Kutiyattam, and they now constitute the intangible cultural heritage of humanity.

Recent administrative issues at the National School of Drama (NSD) have also raised this question of character, but in an altered context.

This administrative issue concerned the sanction of the Abhimanch Auditorium for a non-academic event, conducted by an external party inside the school premises on August 7. When questioned by the student body as to what they were doing on the main stage of the NSD, this external party was unable to produce valid authorisation documents.

The auditorium is a non-commercial space dedicated to training, academic activities and programmes run by the school. To the credit of the student body, they helped this external party shift to a more appropriate location on campus. Resources meant for students should not have been redirected towards any other activity, even if they were allegedly ‘verbally’ sanctioned by an absent registrar.

Canards regarding the incident, including open threats by the external party, should not cloud the larger issue – that the NSD is an “apex” training institute for the dramatic arts. This particular incident is part of an ongoing effort to dilute the school’s academic focus on training. The continued erosion of the school’s autonomy will destroy the NSD’s character.

The substance of the school’s autonomy has been qualified in the past. An administrative decision in 2001 to convert the school into a deemed university required the constitution of a Broad-Based Committee in February, 2005 to deliberate the merits of this structure. The committee comprised a large body of eminent theatre experts, practitioners, artists, academics and educators from all over the country, as well as alumni of the school.

The vision and plan of action for restructuring the school presented by the committee argued the need for flexibility and autonomy, necessary to keep the school relevant, responsive to disciplinary developments and integrated into the theatre ecosystem of the country.

Concomitant with the school’s specialised body of knowledge, developed over decades, the committee recommended that the NSD be designated an Institute of National Importance (INI). Following these recommendations, the NSD’s deemed university status was given a quiet burial in 2011.

Unfortunately, the designation of the NSD as an INI has not proceeded to the Parliament for debate, despite the submission of the draft bill to the Union cabinet in 2016. Successive chairmen, directors and registrars have tried to resolve the issue. The current chairman, Paresh Rawal, has also advocated for the importance of this designation in a public statement dated March 6, 2021.

The issue of the deemed university has now reappeared before the school’s Academic Council, which has been advised to consult with the Ministry of Education (formerly, the Ministry of Human Resources Development) and the University Grants Commission (UGC) to function as a degree/certificate granting authority, in order to cater to the educational needs of a growing population.

The NSD is among the top 10 theatre training institutes in the world. Students go through a rigorous selection process to enter the NSD. These students are selected from all over the country from diverse, often disadvantaged backgrounds on the basis of merit. Selected students are offered world-class training, on scholarship.

Over the last 60 years, training has been shaped by pedagogues, academics and artists responding to changes in society. There is no doubt that the NSD has consistently produced great artists, cultural representatives and experts from diverse regions, languages, and backgrounds. These trained experts, artists and cultural ambassadors have informed and elevated the field of education, practice and industry.

Proponents of turning the NSD into a university have their argument backwards. The exacting standards of NSD training prepare individuals to enter the national theatre ecosystem and set up theatre, performing arts and theatre-in-education departments within universities. The NSD is well integrated into the extant body of theatre practice and invigorates the rich expressions of cultural diversity in the country.

The practice of theatre involves lived experience and this ’embodied’ focus sets it apart from other institutions which focus on cultural preservation of performance traditions, or purely theoretical documentation efforts. It is, therefore, an apex-level ‘feeder’ of theatre specialists and practitioners into the university system, not the other way around.

Arguments against turning the NSD into a university are based on the qualitative difference between the nature of training developed and offered by the school and opposition to the ‘rubber-stamp’ role currently envisioned for it within the public education system. The NSD is truly unique – fashioned along the lines of a continental ‘conservatoire’ yet deeply rooted in the national cultural imagination. The university structure might appear a tempting route to effect internal improvements. However, this is a slippery slope for a specialised training institute like the NSD.

The NSD model of cohort-level and laboratory learning is specific to theatre training. Pedagogical innovation is better negotiated with internal autonomy; through careful cross-disciplinary programmes that can appropriately channel NSD expertise into the wider ecosystem. The alternative is a terrible downward spiral –the enforcement of ill-suited UGC standards from above, pressures to scale for student ‘throughput’ and a familiar race to the bottom by way of quality education.

Reform is needed, but of a thoughtful kind. Creative freedom must be supported by robust pedagogy and administrators must be restrained from exploiting the ‘glamour’ of the school to advance narrow agendas and degrade the quality of instruction in the process.

With recommendations against deemed university status from subject matter specialists and the wider theatre community, arrived at through democratic means, one must wonder why an administrative decision should prevail. The truth, unfortunately, is that a war of attrition has been waged on the school.

Since 2018, administrative manoeuvring in the shape of ‘caretaker-in-charge’ directors has prevented a relevantly qualified individual from occupying the post, obstructing the growth of the school. When a generalist administrator occupies an executive academic role and theatre-practitioners are held in administrative roles, we can see the living expression of having the argument for autonomy backwards.

Higher education in India is in a state of flux. As a sign of things to come, draft guidelines issued by the UGC in March, 2022 explicitly seek to dismantle stand-alone and domain-specific institutions in the name of cultivating ‘multi-disciplinarity’. Whatever be the consequences of this kind of experimentation within higher education, the unique character of a school like the NSD will be destroyed, despite there being meaningful alternatives. An open letter endorsed by the national theatre community elaborates this argument and seeks the support of the interested public for the defence of the school’s autonomy. ​​

On August 7, resources meant for training were taken away from the students and directed elsewhere, which has been legitimately questioned. At the time of writing, a ‘dog-whistle’ appears to have been blown. Attempts will be made to question the character of the student body.

While we should engage in the necessary debate of how public money is spent by the school, let us not forget or be distracted from the larger issue – the preservation of the character of domain-specific institutions, the nature of specialised training, what it is for, and who should shape it.

Mallika Prasad Sinha is an NSD alumna and founder-director of Vachika and the Actors Ensemble India Forum (AEIF).

Ram Ganesh Kamatham is a writer-director.