After G. Kishan Reddy scuppered the performance that was supposed to happen at the Ramappa temple – a UNESCO World Heritage Monument in Warangal district of Telangana, it was instead held in an open ground. 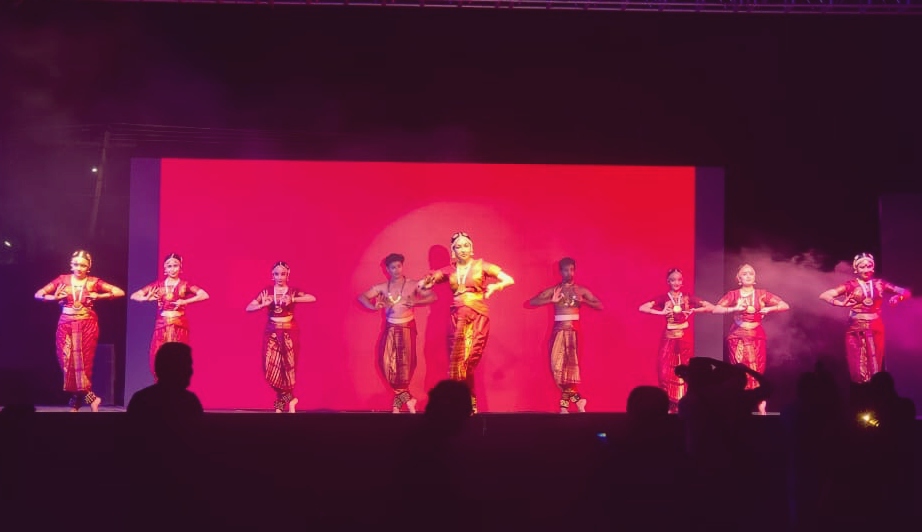 New Delhi: On January 16, the trustees at the Kakatiya Heritage Trust received a call from the Union culture minister G. Kishan Reddy’s office denying permission for eminent Bharatnatyam and Kuchipudi danseuse Mallika Sarabhai’s performance at the Ramappa temple – a UNESCO World Heritage Monument – in Warangal district of Telangana. The demand, Sarabhai says, was very clear. “Either drop Mallika Sarabhai from the list of performers at the Ramappa temple in Warangal or simply cancel the festival.”

The organisers, defying the minister’s “oral denial” of permission, went ahead with the event on January 21. But instead of holding the event inside the temple, it was moved to an open venue close by, KUDA Open Grounds. And the 68-year-old danseuse says over 4,000 people gathered to see her and her troupe perform. 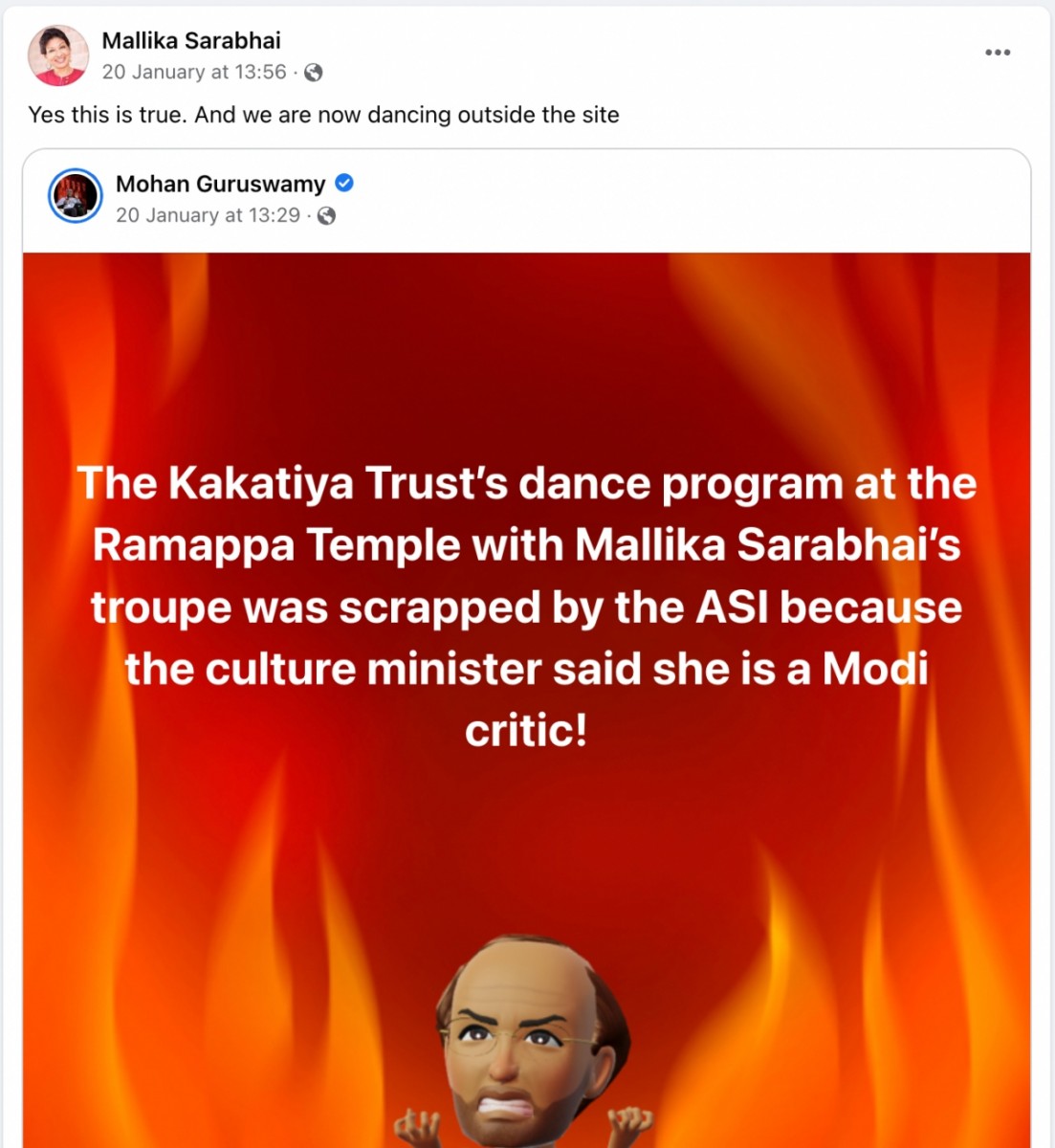 Sarabhai, a vociferous critic of Prime Minister Narendra Modi since his tenure as chief minister of Gujarat, says Reddy in his call had made it evident that he didn’t want any “Modi critic” to perform at such a prominent event. The Ramappa Festival was organised to celebrate one year of getting UNESCO’s recognition. “The minister simply ordered that I should not be allowed to dance. I was denied the space only because of my political stand against the BJP and its Hindutva politics,” she said.

Reddy had reportedly called up the trustees of the organisation soon after her public speech at Kolkata, where the 68-year-old classical dancer had voiced disappointment over the “complete destruction of ideals” in the country. She had criticised the current regime for “shoving Hindutva down the throat of people in the name of Hinduism”.

This is not the first time that Sarabhai had faced such disruption. In 2020, Sarabhai was invited to be the chief guest at the National Institute of Design convocation. But the convocation itself was called off and the institute simply said it was due to “unforeseen circumstances”. Sarabhai says she was going to speak of the designs and the Indian heritage at the convocation ceremony. “In the past two decades, I have faced many such interruptions from the government. But it is becoming more and more brazen,” she says.

Also Read: ‘I Turn to You as Our Only Hope’: The Speech Mallika Sarabhai Planned to Make at NID

The event at Warangal was well organised, Sarabhai said. “The Telangana government and the local administration made all arrangements within a short notice of 48 hours and managed a crowd of over 4,000 people. They also ensured the show went off peacefully,” she said.

Sarabhai says these arm-twisting tactics of the BJP-led government only amuse her. “It is similar to a book ban. When the state bans a book, everyone is rushing to get a copy of the book. If you ban my performance, more and more people will turn up in my support and to watch my art,” she said.