Lata Mangeshkar, the Voice of India, the Soundtrack of Our Lives, Is No More

A link with the Golden past of India has gone, but her songs will live on in the hearts of every one of us. 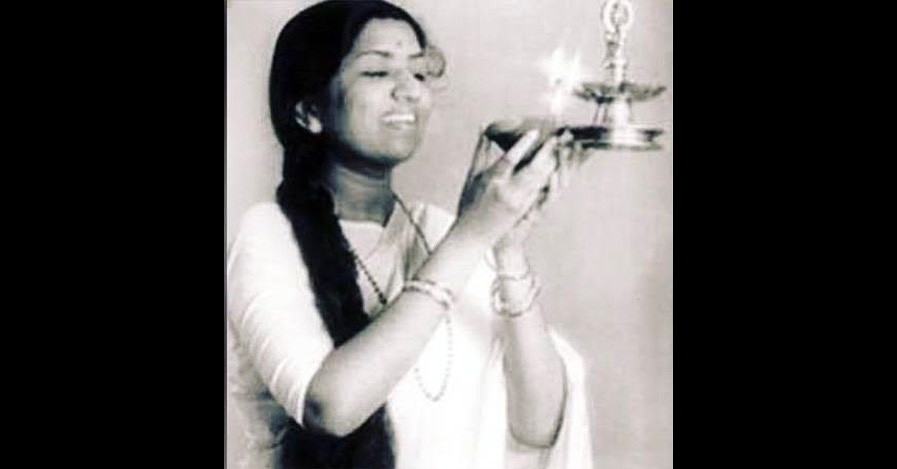 It is difficult to really explain what Lata Mangeshkar meant to India. She was a constant presence in the lives of several generations, she sang tens of thousands of songs, she voiced female stars across the decades – all these are undoubtedly important and put her in a stratosphere, perhaps beyond the reach of ordinary mortals.

But Lata – we can only call her that, she was so much a part of our lives – was much more than that. She was the Voice of India, representing the newly independent country’s hopes, aspirations, dreams but also, at various stages, its emotions. When anyone fell in love, Lata gave it expression, when her heart broke, and life seemed full of despair, again Lata was at hand, singing about the pathos of loss. She was the soundtrack of our lives. It was the time of the greats – Mohammed Rafi, Kishore Kumar, Manna De, Asha Bhosle and most of all, Lata Mangeshkar.

In that, Lata was like Umm Kulthum of Egypt or Noorjehan of Pakistan; much more than a singer – she was a symbol, a totem of the best that India had to offer. No one else, even if they had the longevity, will ever replace that status – she was unique, one of a kind. And that is why the cliché ‘the end of an era’ truly applies to her.

Lata Mangeshkar was born in Indore, then part of the Central India Agency, in 1929. Her father Deenanath Mangeshkar was a classical singer and theatre actor, and her mother Shevanti was also a singer The family later adopted the surname Mangeshkar because they were originally from Mangeshi, Goa, where the Mangeshi temple still exists.

More siblings followed – Asha, Usha, Meena and their brother Hridaynath. All of them learnt music and have sung in films, though it is Asha Bhosle who is the most successful of them all.

Their father Dinanath died in 1942 and the 13-year-old Lata had no option but to work. A family friend, Master Vinayak, a successful film actor, took the young Lata around and got her work – she began singing almost immediately and acted as a child artist in a few films too. The family moved to Bombay where she began learning classical music under Ustad Aman Ali Khan of the Bhendi Bazar gharana.

Music director Ghulam Haider took her under his wing and showed her around, predicting great things for her in the face of much skepticism. The field was dominated by singing stars like Noorjehan and Suraiya or others like Zohrabai Ambalewali, Amirbai Karnataki, Shamshad Begum and Geeta Dutt – there was not much chance for a newcomer to break in, except sing a few songs here and there.

But then, a new country was born. Noorjehan left for Pakistan, and the field was wide open. In 1949, Lata scored four big hits under four music directors – Ek The Ladki (Vinod), with the hugely popular Lara Lappa, Barsaat (Shankar Jaikishan), the pathos filled ‘Uthaye ja unke sitam‘ in Andaz (Naushad) and finally, what was to become her signature song, ‘Aayega koi aanewala‘ (Khemchand Prakash) in the Gothic film Mahal. She later recalled that Prakash told her to sing each of the opening lines by moving closer to the mike slowly. The effect is mesmerising.

A 20-year-old Lata Mangeshkar had arrived. Now no one could ignore her. The world would indeed fall at her feet, as Ghulam Haider had predicted.

There has been speculation, especially among Pakistanis, whether she could have reached those heights had Noorjehan not left. But this guesswork is futile and on balance, one can say she would have. Noorjehan and others had ‘Muslim voices’ – voices replete with a rich and heavy texture and often sensual – which may not have suited the actresses who were to come in the 1950s and after. Mubarak Begum, who came much after Noorjehan et all, found that her style of singing did not suit the typical ‘Indian’ on-screen actress of the post independence generation – pure and virginal – which Lata had and cultivated. Her critics and admirers have pointed out that her singing was often high-pitched, but she had started out imitating Noorjehan and then switched to her natural voice. Soon it became the gold standard and even in regional cinemas, there were many who sang in her style.

Lata Mangeshkar’s voice was in that sense ‘neutral’, that any actress, even if we played a tomboy and modern miss, could lip-sync to, without losing her essential ‘Indianness’. For years Lata did not sing any cabaret or a ‘drunken’ song, preferring to leave it to Asha Bhosle, who, always with a twinkle in her eye, brought great seductive charm to such renditions. Only once, in Inteqam (1969), she playbacked for Sadhana, who tipsily song, ‘Kaise rahoon chup’ complete with lurching and hiccups.

But though she proved adept at this too, her range was too vast and her fans loved her for it. Whether it was a bhajan like ‘Allah tero naam‘ or a sad song such as ‘Jaa re ud jaa re panchi‘ or a breezy number like ‘Aaj phir jeene ki tamanna hai”, giving expression to Rosy’s (Waheeda Rehman in Guide) sense of freedom after leaving a loveless marriage.

Lata was already popular but she rose to become a national icon on Republic Day, 1963, when in front of an audience with Prime Minister Jawaharlal Nehru sitting in front, she sang ‘Ae mere vatan ke logo’ written specially for the occasion by Pradeep. The mood was sombre – the year before India had lost the war with China – and the song, reminding people of the sacrifice of the solders who had lost their lives, reflected the national mood perfectly. It was a time of reflection, not the kind of bogus and rousing nationalism we see today. Nehru reportedly had tears in his eyes, and so did the rest of the country.

The Golden Years of Hindi songs from the 1940s till the end of the 1960s continued and Lata was very much at the centre of it. The very next year she sang one of her greatest songs under the baton of her favourite music director Madan Mohan.

Her life was not without controversy. She fought with many of her colleagues such as Mohammed Rafi and also music directors such as S.D. Burman and Shankar Jaikishan. But in the end they all went back to her – there was no choice. Only O.P. Nayyar, who swore he would never work with her, stuck to his word and preferred Geeta Dutt and Asha Bhosle.

Lata was also accused of sabotaging – often in tandem with her sister – any competition, styling the careers of rising singers such as Suman Kalyanpur and even Vani Jairam, who came only in the 1970s.

These stories remained unverified, but Lata’s greatest strength, apart from the quality of her voice, was her perfection, both in training and practice. When, early in her career, Dilip Kumar reportedly said her voice was too ‘vegetarian’ – it had the ‘boo of dal chaval (the smell of rice and dal)’ were supposed to be his exact words he used – and therefore she could not sing in Urdu or even Hindustani, the lingua franca of Bombay films, she diligently learnt the language, as this song from Mughal-e-Azam shows. She was no slouch at difficult classical numbers either, matching Mohammad Rafi at every step.

Also read: The Songs That Made Lata Mangeshkar a Legend

She continued well into the 1970s, ‘80s, ‘90s and the 21st century. In the 1990s, she sang for Madhuri Dixit,  Raveena Tandon and Sridevi – each song became popular. She is reported to have sung in over 30 languages, and many listeners couldn’t find any imperfection in her pronunciation or inflexion.

The strain had begun to show in her voice towards the end of the decade and she took less and less assignments. Newer voices were emerging and younger filmmakers often preferred them. She was gracefully withdrawing from the field – she had after all been part of the era when songs had meaning and melody. The Hindi film song was fading away and now films and OTT shows rarely use songs, certainly not in the way earlier filmmakers did.

Lata was passionately fond of cricket, and often landed up in England to watch India playing, She also loved photography and travel. She has won Filmfare awards, national awards, the Dadasaheb Phalke award and all the Padmas, finally culminating with the Bharat Ratna in 2001, a title that suits her perfectly.

‘Kambhakt kabhi besuri nahin hoti (She just never is out of tune)’ is the reported comment of the great Bade Ghulam Ali Khan. He was right. She just went on and on, and now she is no more, and another link with that glorious past has gone – a past that represented the values of another India. But while Lata Mangeshkar may have left us, the song lives on, on the internet, in various digital and analogue forms, and most of all, in our hearts and memories.