Interview: Seeing Yourself Represented in Art and Culture Is Important

Stevie Clayton coordinator of the InsideOut Art competition that aims to provide a platform to queer artists, speaks about the importance of building an inclusive society.

After the reading down of Section 377 in September, there has been a surge of events focused on the LGBTQ community using different forms and means to express, discuss and display their presence in society. One such event using fine art is the InsideOut Art Competition, at which artists across the nation will showcase their work.

Organised on the theme ‘Refracted Lives’, the winner’s work will make it to the prestigious Sydney Gay and Lesbian Mardi Gras in February 2019. For the first time, an Indian queer artist’s work will hang along with other international participants at the Sydney event.

Also Read: While SC Deliberates Over 377, These Artists Are Taking the Fight Forward

The selection has kicked off and the shortlist will be on display at InsideOut Art Competition, which will be held in Delhi from November 18, ending a day before the Delhi Queer Pride on November 24.

Stevie Clayton, who has been associated with different queer forums in Australia and is now based in India, is the coordinator of the art event. Speaking to Sharif D. Rangnekar, Clayton talked about the purpose, process and why such an art event matters. Stevie Clayton is the coordinator for the InsideOut Art comeptition.

Why have you picked fine arts specifically for the InsideOut competition? What about other creative forms like the performing arts?

After the Section 377 judgment, LGBTQ people from all over India can express themselves without fear of legal prosecution. But social change – to ensure we all feel safe and equal – takes longer.

We think that art is an important part of that change. Entries in this competition must be a piece of fine art, a creative work of visual art that can be appreciated for its imaginative, aesthetic, or intellectual content. It is defined very broadly to include painting, sculpture, drawing, printmaking, photography, mixed media, or installation.

Performing arts are just as important, but it would simply be impossible to judge fine arts and performing arts in the same competition.

What was the rationale for exclusively focusing on the queer community when your objective is to create a more inclusive society?

An inclusive society doesn’t mean everyone being the same – just everyone being equal. It means accepting people for who they are and embracing difference as something that strengthens society. LGBTQ artists need to have a space where they can safely produce work about their own lives and use that art to help society better understand them. Seeing yourself represented in your culture and controlling the way that you are represented are important for any group.

Could you explain the idea around the theme ‘Refracted Lives’? How do you visualise it playing out?

Refraction is the bending of light as it passes from one transparent medium to another. Just as light is refracted, so the lives of LGBTQ people bend to the rules of society and the expectations of family and friends. Often, we respond to the forces of religion, family and the law by bending or subjugating our own needs, desires, and goals. We may appear to be what we are not, or even become what we do not want to be.

Entrants in this year’s competition will be expected to explore this sense of refraction through the prism of their own lives. We are expecting to see this theme represented in very imaginative ways. 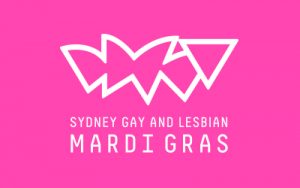 The Sydney Mardi Gras is a major cultural space for the LGBTQ community.

The tie up with Mardi Gras is significant for queer spaces in India. How did the arrangement come about and what is its purpose?

The basic idea behind the competition is to give LGBTQ artists in India an opportunity to compete for prizes that will help develop their careers. There are cash prizes, but there is also the opportunity to display their work overseas. The judges – all experienced in the art world – will choose the finalists for an exhibition in Delhi and then Sydney.

When I was in Sydney for Mardi Gras last February, I thought it would be a great opportunity for Indian artists to exhibit their work at one of the largest LGBTQ arts and cultural celebrations in the world. So I went to talk to the CEO of Mardi Gras Arts, Terese Casu, and the artistic director, Greg Clarke about InsideOut and Mardi Gras curating an exhibition in next year’s festival. They loved the idea and brought the National Art School on board as the venue for the exhibition.

Also Read: Everything’s Coming Up Rainbows, But Brands Can Do More for LGBTQIA+ Rights

Does the Sydney Mardi Gras also have participation from other countries or has it been, so far, more Australia centric?

First, you have to understand that Australia is a very multi-cultural society. Nearly half the citizens were either born overseas or at least one of their parents was. This sits alongside the rich traditional culture of Australia’s indigenous peoples. All of these different ethnic groups participate in Mardi Gras.

Given that Indians now make up nearly 8% of migrants to Australia, it is time for Indians to have a greater presence in Mardi Gras. At the same time, Mardi Gras is itself a major draw for international tourists to Australia. More than 20,000 people arrive in New South Wales and the event generates more than $A30 million each year for the state.

It also happens that the theme for Mardi Gras next year, ‘Fearless’, is about engaging with equal rights struggles all over the world – so it will be a great time to showcase Indian talent.

How many entries have you had this year to the InsideOut Art competition?

We have received 35 entries so far, which is great for the first year. They are from across the country – Bengal, Delhi, Goa, Haryana, Himachal Pradesh, Karnataka, Maharashtra and Uttar Pradesh. Both the range and quality looks fantastic, so it will be a challenging job for our judges to decide the best.

Which groups are associated with the competition?

InsideOut in association with the Naz Foundation (India) Trust is presenting the InsideOut Art Prize 2018. InsideOut Delhi is an LGBTQ+ social group of Indian and expat professionals and diplomats based in Delhi, supporting health, human rights, and the arts through cultural exchange.

The volunteers who are part of the organising committee come from diverse professional backgrounds, including the arts. The NAZ Foundation is a registered charity that works to create a just and equitable society by transforming individuals from socially and economically excluded communities into agents of change. It has led the fights against HIV and for LGBTQ rights in India since 1994.