In Iran, a Musician Risks Freedom For Human Rights

Mehdi Rajabian could be sent back to prison anytime, but continues to produce music banned under Iran's strict censorship laws. 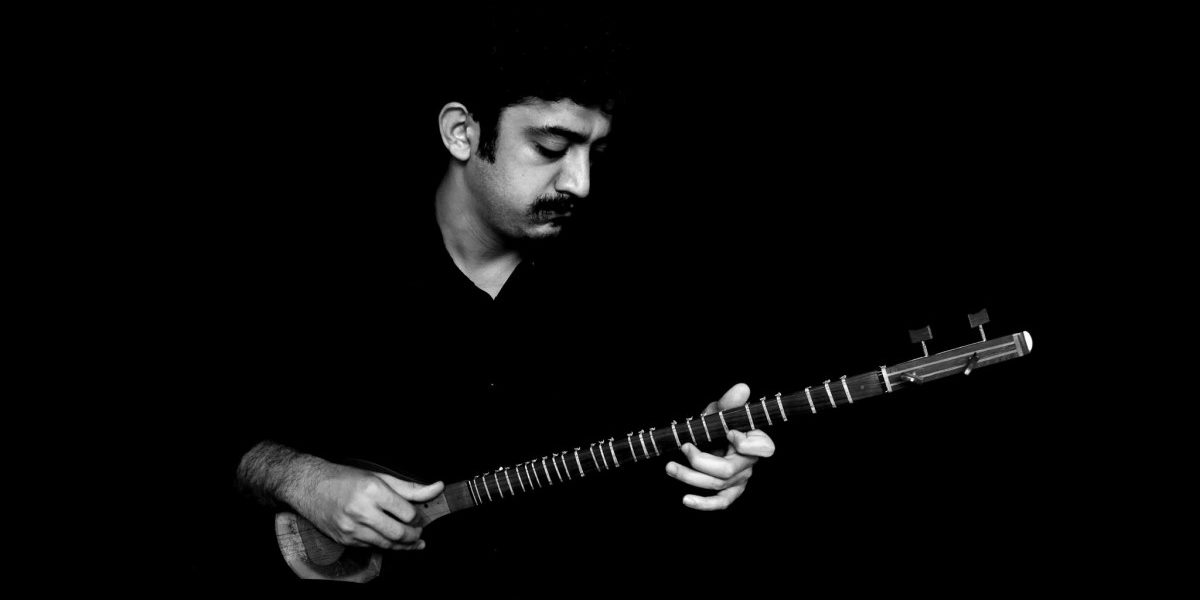 Mehdi Rajabian is an Iranian musician who has been jailed twice for producing albums and supporting prohibited artists and female vocalists, who are forbidden to sing in Iran.

At 30 years old, Rajabian runs a production company called Bargmusic, and he fears he could be arrested again at any time.

Since the Iranian revolution in 1979, music on TV and the radio has been banned in the Islamic republic. Former Ayatollah Khomeini compared music with opium and said it made the mind idle and senseless. After Hassan Rouhani became president in 2013, hopes were high that activists and artists would be granted civil liberties, but these hopes were soon dashed.

However, the ongoing ban has not stopped Iranian artists from working underground to produce music and promote human and civil rights.

Rajabian, who is from the small province of Mazandaran in northern Iran, started releasing his songs at the age of 17. He was jailed for three months in 2013 on charges of blasphemy, propaganda against the regime and unauthorised artistic activities. In 2015, he was sentenced to six years in jail, and was released on parole after spending two years at Tehran’s notorious Evin prison. He is currently not allowed to leave Iran.

“I compiled an album about the wars that Iran was involved in and I called them absurd, especially the Iran-Iraq war, which was a historical mistake,” Rajabian told DW from an undisclosed location.

“My activism started very early, and I went through solidarity confinement at very young age,” he said. Rajaban also said he was tortured in prison and went on a hunger strike.

“I spent almost two years in a general ward and three months in solitary confinement. As a protest in prison, I went on a hunger strike and lost 15 kilograms (33 pounds). I became weak and feeble and I vomited blood,” Rajabian said. 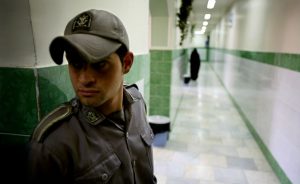 A prison guard stands along a corridor in Tehran’s Evin prison, touted as the Iranian regime’s torture factory. Photo: Reuters

Giving up everything for music

The young musician’s ordeal got the attention of various human rights organizations and advocacy groups across the world. The United Nations, Amnesty International, the International Campaign for Human Rights in Iran, Free Muse and the European Council of Artists all called for his release.

In 2018, the State of Artistic Freedom report said, “Iranian authorities primarily silenced artists through a combination of detention and imprisonment under the guise of religion and state reputation.”

While in prison, Rajabian was kept in the same ward with captured pirates and drug dealers as punishment.

“My cell mate was a Somalian pirate leader,” said Rajabian.

Also read: The Soundtrack of the Sixties Demanded Respect, Justice and Equality

Vahid Sayad Nasiri, an Iranian human rights activist and a political prisoner, was also in the same cell with Rajabian. Both men went on a hunger strike, but Nasiri died as a result.

“Not a month goes by without some unfortunate news regarding artists, musicians, writers and journalists being called to court, detained and sentenced for charges that sometimes just seem absurd,” Azadeh Pourzand, an Iranian human rights activist and director of the Siamak Pourzand Foundation, told DW.

“Rajabian’s decision to be vocal regarding limited freedom of expression for artists and musicians is admirable. His courage is exemplary. He can face even more consequences in Iran, and yet he keeps on raising awareness about the issue,” said Pourzand.

Musical peace in the Middle East

Although the Iranian regime banned Rajabian from producing any form of music, he produced another album titled “Middle Eastern” last year. He could be sent back to jail, but he does not want to remain silent.

For the album, Rajabian brought together 100 artists from across the Middle East to promote peace in the region. 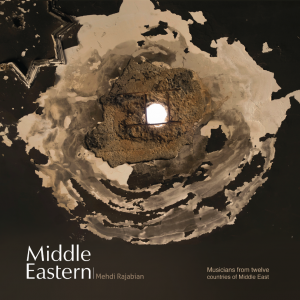 Middle Eastern’s cover art is a photo of a bullet hole in the ceiling of a palace that belonged to Saddam Hussein, taken by award-winning journalist Reza Deghat.

“We tried to convey a message of peace, freedom, human rights by using traditional instruments,” said Rajabian. “My musicians have never met, but if you listen to the tracks, you can feel a similar vibe on each song. Music is our only way to send a message of peace.”

The state of human rights under the Iranian regime is alarming and has been repeatedly criticized by international human rights organizations, activists and journalists. In 2016, the UN General Assembly adopted a resolution expressing serious concern about an alarmingly increasing rate of illegal executions, arbitrary detentions and torture.

For example, Nasrin Sotoudeh, a globally renowned human rights activist and lawyer, was jailed in Iran and was sentenced to 38 years and 148 lashes.

“Many artists are facing repression in Iran; whether they are jailed or not,” said Iranian activist Pourzand. “Artists face restricting red lines everyday, and this hurts those of them who want to experiment with their art and break taboos.”

“However, Iranian musicians and artists, including women who face extra limitations, have done wonders in recent decades against all odds,” Pourzand said.