Pandit Shivkumar Sharma transformed the santoor, mainly a folk instrument till then, and opened new vistas before it, widening its musical scope.

If Pandit Shivkumar Sharma, who breathed his last on May 10, 2022 at the age of 84, could be compared with any musician, it was Ustad Bismillah Khan. Both achieved the unthinkable and introduced their respective folk instruments into the world of high-brow Hindustani classical music.

If Ustad Khan elevated shehnai – that was mainly played on festive occasions – to the concert level, Pandit Sharma did the same for the santoor, an instrument from the Kashmir valley that was played to accompany the singing of sufiyana kalam.

If one takes a closer view, Sharma’s task was the more daunting. While Khan did not have to introduce changes in the way shehnai was made, Shivkumar Sharma had to redesign the santoor, introduce far-reaching changes in its structure and style of playing, and innovate new techniques to make it acceptable in the conservative and orthodox world of Hindustani classical music.

Sharma was introduced to music by his father, Uma Dutt Sharma, whose father was the Rajpurohit in the service of the then Jammu and Kashmir Maharaja, Pratap Singh. However, Uma Dutt Sharma’s heart did not lie in pursuing the hereditary profession and he was drawn to music, which did not enjoy a good reputation in those days.

Taking care that his father should not learn about his pursuit of music, he began to learn tabla from Harnam Singh, a disciple of legendary pakhavaj (barrel-shaped drum) maestro Kudau Singh. Later, he also learnt vocal music from Bade Ramdas of Banaras, a well-known musician. It was from him that a young Shivkumar learn to sing and play tabla, and acquired some musical proficiency. 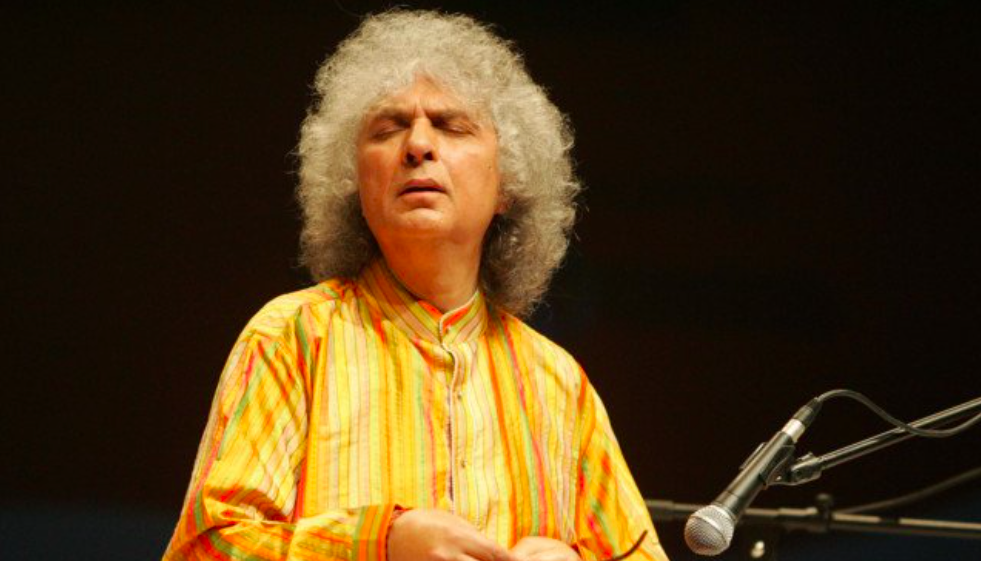 When one day, his father announced that he would be learning to play santoor henceforth, it came as a shock to him. He was 14 years old at that time and had heard santoor for the first time only two years prior. The instrument had not impressed him much and he had no inclination to learn it, let alone leave his singing and tabla playing. But his father had other plans.

It just so happened that while working in a senior position with All India Radio’s Srinagar station, Uma Dutt Sharma had begun to pay attention to santoor and how Hindustani raga music could be played on it. He had himself made certain changes to the instrument and wanted his son to take it up full time. Though not too happy with this sudden change, Shivkumar had to yield before his father’s wishes.

Little did he know that very soon he would become a kind of celebrity because of that very instrument.

At the insistence of Maharaja Karan Singh, Braj Narain, a well-known connoisseur of music who organised one of the best known music conferences, the Haridas Sangeet Sammelan, ever year in Bombay, invited Shivkumar Sharma to perform at the Sammelan.

This was an unheard-of honour for a lad of 17, more so because his instrument, santoor, had never been heard at such a music conference, where the likes of Ustad Bade Ghulam Ali Khan, Ustad Amir Khan, Pandit Omkarnath Thakur, Pandit Vianyakrao Patwardhan, Ustad Allauddin Khan, Ustad Ali Akbar Khan, Pandit Ravi Shankar and Pandit Anokhe Lal used to perform.

And thus, in 1955, a star was born. Shivkumar’s santoor playing attracted the attention of top musicians and connoisseurs and he was profusely complimented by them.

However, it was not all roses for him. He also heard criticism that did not have to do much with his playing, but with the nature of his instrument.

The traditional santoor that accompanies the singing of sufiyana kalam has no less than 100 strings stretched over 25 bridges. It is played by striking the strings with two wooden sticks.

So, the first challenge before the young Shivkumar was to overcome this limitation as much as possible. Professor Suneera Kasliwal Vyas, in her book, Classical Musical Instruments, gives a detailed account of the changes introduced by Sharma.

Santoor is trapezoidal in shape and is played with two wooden sticks. Sharma changed the size of the box to improve its tonal quality and also changed the material used for the strings, their number and gauge. He removed the triangular stand and placed the instrument in his lap, changed its pitch and also changed the wood of the sticks from qalams to walnut.

In short, he transformed the instrument, opened new vistas before it and widened its musical scope. He also tried hard to reproduce meend and gamak and attained some success to this end.

His tireless effort and consummate musicianship paid dividends and soon, santoor became an essential part of any Hindustani classical music festival. Its sonorous and soothing sound also attracted the attention of the Hindi film world and it began to be used in film music too.

Later, Sharma collaborated with flute maestro Pandit Hari Prasad Chaurasia, with whom he had established an extraordinary personal as well as creative rapport, to compose music for many Hindi films under the Shiv-Hari banner. However, this banner came into existence when in 1967, both produced a long-playing (LP) record titled ‘Call of the Valley’ for British music retailer HMV.

The record sold very well and was later turned into a cassette and audio CD, as recording technology evolved.

After that, the sky was the limit for Sharma. He became one of the most sought after musicians as well as one of the most popular. One heard from music organisers that he was always very reasonable and accommodating and never fussed over anything. His approach was thoroughly professional.

He was genuinely humble and polite as he always felt that his music was a means to pursue a spiritual goal. He was honoured with the Padma Vibhushan, but the real honour was the love and affection that he received from the countless admirers of his music.

In his case, it is not a cliché to say that the void created by his death can never be filled.