The Christie's auction in Mumbai yielded a respectable but unexciting sales total of Rs 72.17 crore, acting as more of a warning than encouragement about future prospects. 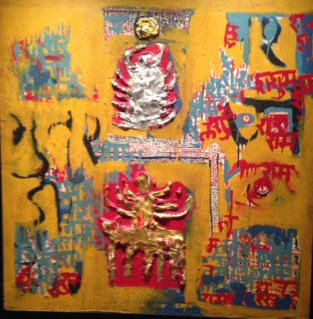 Interior of a Temple, an early Bhupen Khakhar that sold after strong bidding for a hammer price of Rs2.2 crore, marking this artist’s growing popularity with a solo exhibition at London’s Tate Modern that closed last month

Mumbai: Christie’s high profile annual art auctions in Mumbai just managed yesterday to overcome growing concern about the direction of the Indian economy. They yielded a respectable but unexciting sales total of Rs 72.17 crore that acted as more of a warning than encouragement about future prospects.

In an evening auction of South Asian modern and contemporary art, 53 lots were sold out of 73 (72%) producing a total of Rs 68.01 crore. That was far below Christie’s record sale last December of Rs 97.7 crore, the highest for any auction held in India, and the previous record of Rs 96.5 crore that it achieved at its first Indian sale three years ago.

An afternoon sale of classical Indian art produced dismal results with just 38 lots sold out of 71 (53%), including 50 miniature paintings of which only 42% found buyers. The total was Rs 4.13 million. 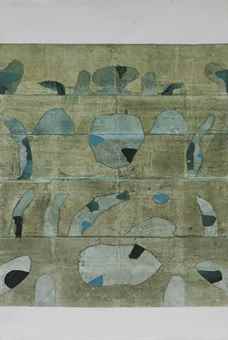 That is not the sort of result that Indian art’s leading international auction house expects to achieve, though it was the first time Christie’s has held a dedicated classical sale in the country. The result would have been far worse but for a colourful though little-known British cigar-wielding collector living in India who made most of the successful bids and became known as “paddle number 28”.

“Christie’s pulls it off again, just!” was the most optimistic comment that I heard from collectors at the end of the day. “Out of all our four auctions here, this one was the hardest,” said William Robinson, the modern art auctioneer and international head of Christie’s, told local media.

“Potential buyers are holding onto their money because of a growing fear of bad times ahead – across broad areas people are hurting,” said Geetha Mehra, who runs the Sakshi Gallery in Mumbai.

That reflected the over-riding verdict in India’s commercial capital – that Prime Minister Narendra Modi has led the country into unnecessary economic problems with his unexpected “demonetisation” announcement on November 8 that 86% of currency notes would become unusable.

His aims of tackling black money and encouraging India to move towards a cashless e-economy are accepted, but the impact of his seemingly unplanned methods is condemned.

The high spot of the moderns auction was the sale of two paintings by Vasudeo Gaitonde, a leading member of India’s progressive artists’ group who died in 2001, and another by Tyeb Mehta, also one of the progressives, who died in 2009. “Along with other works, this sent a strong message to the market,” said Deepanjana Klein, Christie’s international head of south Asian modern art.

Gaitonde has been doing well in recent years and he currently holds the record for the highest auction price achieved by an Indian modern artist, but Christie’s were anxious about the sales because it failed in September to sell a Gaitonde estimated at $1.8m-$2.2m in New York. 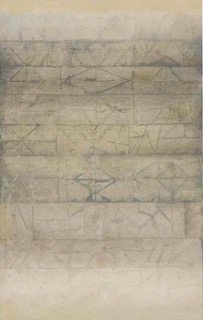 Yesterday’s two works by Gaitonde, both 60in x 40in (approximately) oils on canvas, sold after slow bidding. The highest hammer price of Rs 13 crore (including buyer’s premium), which exceeded the top estimate, was achieved for a work (above) that had more detailed drawn shapes than many of Gaitonde’s paintings.

The other work achieved Rs 9.5 crore (including the premium), just above the low estimate.

The lot on which Christie’s had pinned most hope was a striking 66in x 51in oil on canvas by Tyeb Mehta. This failed to meet the low estimate of Rs 10 crore, but sold for Rs 8.5 crore (including the premium). The auction catalogue explains that, in the late 1960s, Mehta abandoned his expressionistic style and produced paintings dominated by a diagonal line that violently sliced his canvases into two. In this work, the focus is on two human figures in the centre with disjointed bodies, but there is less subtlety than in other Mehta series.

An important attraction of the moderns sale was that 41 of the lots, including the Mehta and one by Gaitonde, came from a collection assembled by Abhishek and Radhika Poddar who are raising funds for a museum of art and photography in Bangalore. Abhishek has been collecting since he was a teenager and became friends with many artists who are now famous.

Interior of a Temple, an early Bhupen Khakhar that sold after strong bidding for a hammer price of Rs2.2 crore, marking this artist’s growing popularity with a solo exhibition at London’s Tate Modern that closed last month

Such collections strengthen the provenance of works and thus usually boost sales, though that did not happen in the classical auction where 42 of the lots came from a famous collection assembled by Colonel R.K. Tandan of the Indian army, who died in 2009. Christie’s experts can console themselves that the potential buyer base for classical auctions in India is smaller than abroad because the works cannot be exported, so international collectors cannot bid.

A year ago however Mumbai-based Saffronart, the leading Indian auction house, staged its first sale of classical Indian art and had the rare achievement of all the 70 lots being sold, yielding Rs 16.4 crore. That auction also included a large number of works from Tandan’s collection, though experts say the quality of the art was better than yesterday’s

Till now, the main collectors of miniature paintings have been in the UK and US, plus the Middle East. They buy and sell works that were taken abroad many years ago and thus were not caught by the current ban on the export of antiquities. There have been few Indian collectors though specialists believe that this now could change as Indian collectors of modern art realise the appeal and prestige of the best miniatures and sculptures. Many of these works can be obtained for around $10,000, which is far less than for the best moderns – and is also lower than prices being paid abroad.

There has been a spate of other south Asia art auctions since a successful one held by Sotheby’s in October in London. The most notable was staged last month by Pundole, one of Mumbai’s oldest art galleries that holds regular auctions in the city. It sold 85% of its 92 lots totalling Rs 42.25 crore, its highest score since it began auctions in 2011. 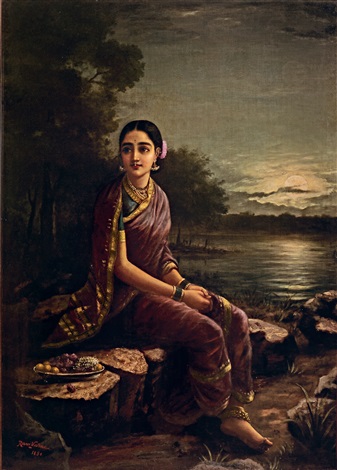 This included ‘Radha in Moonlight‘, a 57.5in x 41.5in oil on canvas (left) by Raja Ravi Varma that was sold for a hammer price of Rs 20 crore. This was well above the Rs 8-12 crore estimate and set an auction record for the artist. It was also the second highest auction price for an art work in India. Believed to have been bought by Kiran Nadar, India’s most prolific collector, for her art museum in Delhi, it is a registered antiquity so is not exportable.

Ravi Varma, who died in 1906, is an important painter from the second half of the 19th century. He merged European artistic styles with Indian life and sought commissions from the rich and powerful. This work was originally in the collection of the dewan (prime minister) of Travancore in southern India, whose great-grand children sold it to the previous owner.

Delhi Art Gallery (DAG), a new entrant to auctions, had mixed results in Delhi earlier this month when it sold only 45 of 70 lots totalling Rs 12.99 crore (without buyers’ premium). It has high ambitions and, unusually for an auction house, took all 70 lots not just to Mumbai but to four other cities – Chennai, Bangalore, Hyderabad and Pune. It plans more auctions and showings in more cities next year.

Overall these results show that the Indian art market is constrained by Indian buyers’ concern about the domestic economy and also, along with international buyers, by worries about developments abroad, notably the looming Trump US presidency and Britain’s Brexit. At such times, people conserve their wealth.

This article was originally published on Riding the Elephant.