Charlie Parker: Celebrating a Century of the Genius Who Changed Jazz Forever 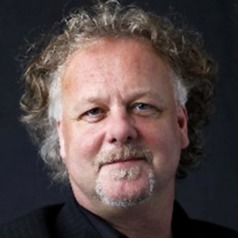 His audience knew him as “Yardbird”, or more usually, just “Bird”. The variety of sobriquets given to jazz alto saxophonist Charlie Parker, who would have turned 100 on August 29, 2020, is indicative of his different personae – most important, of course, his musical personalities.

Parker was a legendary soloist, inspiring bandleader, daring composer, ingenious innovator and a source of inspiration for many generations still. A jazz idol, full stop. But his off-stage personality revealed a more tragic figure: a drug addict and alcoholic.

Bird lived hard and lost his performance licence, several jobs and attempted suicide twice. All in all, his physical and mental health were already waning at an early age. That he died young then, at just 34 years old, was not really a shock. He passed away a week after his last public performance, on March 12, 1955. This last concert took place in the famous New York nightclub Birdland – aptly named in his honour.

Charlie Parker is considered “one of the most striking performers in the entire history of jazz, and one of the most influential”, according to the Rough Guide to Jazz. The more authoritative encyclopedia in academic circles, The New Grove Dictionary of Jazz, qualifies him in comparable terms and characterises Bird as a “supremely creative improviser”.

Parker was born and raised in a musical family in Kansas City, Missouri, which was known for its vibrant music scene. He started to play the saxophone when he was 11 years old, taking lessons at a local music school and joining high school bands.

But he chiefly developed as a musician by carefully studying his older peers. Inspired by the big bands of Bennie Moten and Count Basie, Parker embarked on the blues and swing tradition of his time. Yet he felt something was missing.

His aural vision was to strut out to the quarter-note pulse of swing. But the adventurous Parker sought distractions from this predictable performance convention by making off-beat accents, syncopations and beats against the metric grain. At the same time, he also deemed the melodies of the standards musicians played in his era rather passé.

While leaving the original harmonies of songs basically intact, he took off to replace their melodies with creations of his own. These new lines and their subsequent improvisations generally included formulas like the “ya-ba-daba bebop” transcribed in onomatopoeic “scat singing”.

Through Parker, complexity in jazz grew considerably. He aimed – and flew – higher, literally, by performing melodic lines that jumped to the next octave, overtly appropriating notes from a higher register. Like an alto riding piggyback on a soprano, and vice versa. This progressive musical concept required alterations in the supporting chords too. It enriched the accompanying harmonies with additional notes from these very same higher octaves.

To summarise Parker’s innovations in jazz is to describe the genre of bebop, of which he was one of the founding fathers and main protagonists. Bebop became the dominant style in jazz from the mid-1940s to the late 1950s, when it was subsequently overshadowed by new directions including free jazz and jazz-rock.

Bebop was then rediscovered in the 1970s, to ultimately become accepted as the “classic” style of jazz. And Bird is the epitome. He not only influenced his own generation and inspired his fellow saxophonists up to the present day. Every self-respecting jazz musician – no matter what their instrument – must study Parker’s unique playing style that essentially boils down to about a hundred different formulaic lines, which he sewed into his improvisations like a patchwork quilt.

Parker’s modernisation of jazz affected every single parameter of music, including instrumentation. With Parker and his associates, the big band era made legendary by the orchestras of Count Basie, Duke Ellington, Benny Goodman and the like, drew to a close.

The smaller ensemble, or combo, with a modest rhythm section of drums, bass, piano (or guitar or vibraphone, for that matter) and a few wind instruments, became the new milestone of jazz. Parker’s own quintet – which included, among others, Miles Davis on trumpet and Max Roach on drums – was, once again, trendsetting.

Given Bird’s far-reaching influence on the evolution of jazz, it’s no surprise that many aficionados consider Parker on a par with classical composers like Mozart and Beethoven. Such qualifications consider jazz as equal to classical music, and are testament to it being taken seriously as a mature musical genre. Jazz can be regarded as America’s original contribution to music history – and, by consequence, an important topic of academic study.

Parker’s centennial is currently being celebrated worldwide with new (re)releases, radio and television documentaries, and tribute concerts. And rightly so. Once you’ve been seduced by the Bird, you will never stop listening to classics like Confirmation, Scrapple from the Apple, Billie’s Bounce, or the one with the most amusing, yet appropriate title: Ornithology.