Building a Theatre That Responds to Its Surroundings

Sukracharya Rabha managed to create something phenomenal in Rampur, Assam. His friends and colleagues must now take that forward. 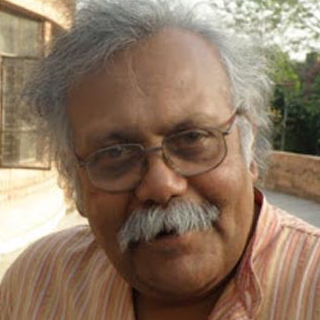 In an India divided along lines of caste, tribe and class, theatre has been a place where people can come together across such divisions. However, this character of theatre has been marred in modern times.

The last link to theatre as the meeting point of all sections was Parsi & Company Theatre, their poor aesthetic quality notwithstanding. Modern and protest theatre has been becoming increasingly sectarian. Though the collective dimension of theatre still survives in several living ones like Ramlila or Chau, these traditional genres do not engage with the present and have become vestiges of the past. On the other hand, though modern and protest theatre address contemporary issues, they appeal only to votaries of specific ideologies – aesthetic or political.

How can theatre be a means of communication across social divisions again? How can theatre become, to employ a phrase from W.B. Yeats “the dream of the prince and the beggar man”? There are very few theatre virtuosos who have addressed these daunting tasks. Chief among those who are acutely aware of this sectarian quality are Habib Tanveer and Heisnam Kanhailal.

This unique character of theatre has escaped the notice of theatre critics and scholars, as their approaches are informed by their ideological positions that emphasise conflicts and divisions, and reject the collective basis of theatrical expression and enjoyment. Tanveer’s theatre has become a thing of the past after his death, as he left no successor. Unlike Tanveer, though, Kanhailal devoted a lot of his time and energy to initiate and train talented young theatre artists, particularly of the Northeast.

Kanhailal’s most talented disciple, who not only imbibed his art but could also give it an organisational and institutional character, was Sukracharjya Rabha, a young theatre activist from Rampur, a remote village in the Goalpara district of Assam. After Kanhailal’s passing away in 2016, all his friends, fans and followers were looking forward to Sukracharjya keeping the torch burning. Our fervent hope was dashed to bits when the news came on June 8 of his premature death at the young age of 41.

Though Sukracharjya had a long way to go still, his achievements in the last decade have been phenomenal. He was able to convert a tiny village in Assam into an important site for developing a regional theatre culture that could meet both national and international theatre cultures head on. He founded Badungduppa Kalakendra, a modest theatre group, under the guidance Kanhailal and with the active involvement of the local community, mostly of the Rabha tribe.

The big dream of world theatre in the tiny village of Rampur had small beginnings. The seed of this dream was sown by Kanhailal. Thanks to the single-minded commitment and tireless work of young Sukracharjya and his friends, the small seed could grow into a colossal tree that could shelter Badungduppa, the troupe which took on the dimensions of a full-fledged theatre movement in a community with no precedence of theatre. It was so much a part of the community that it became their identity marker in Assam.

I had the good fortune of being close to Kanhailal. I was a special invitee at an event when theatre was just making its way to Rampur, at a several-week-long theatre workshop that Kanhailal and his wife Sabitri conducted in the village in 2006. The participants were young boys and girls from all over Assam, predominantly belonging to the Rabha and Bodo tribes. Sukracharjya was the most active participant, as he was a local person with sway over the village. He was assisted by young Rabha artists like Prabitra Rabha, Dhananjoy Rabha and many others. Prabitra Rabha has now developed into a major Indian theatre director who has set up an active theatre group of his own. And so has Rayanti Rabha, another brilliant talent to come out of this workshop.

Though the infrastructural facilities were inadequate for organising such an ambitious workshop, the enthusiasm of the organiser and participants more than made up for it. The play chosen to be staged at the conclusion of the workshop was the translation of my play Sati. This play hinges on the conflict between Shiva, the archetype of the tribal, and Daksha, the upholder of the conquering lust of civilisation. The director of the play, Kanhailal’s son Heisnam Tomba, adapted the text to the local situation: the conflict between the mainstream Assamese and tribes like Rabhas and Bodos. Thus, the play written in an entirely different cultural milieu was transformed into expressions specific to Rabhas and Bodos. The premiere show, held on an open-air stage surrounded by an audience comprising a few invitees from outside and many locals, turned out to be a festival for the community.

The success of this event and the welcoming response from the local people prompted Kanhailal to make Rampur his second home, after Imphal. In Rampur, he saw a greater opportunity to develop and disseminate his theatre to committed young artiste and audiences. He made many trips and held workshops which paved the way for the rise of Badungduppa and later to the organisation of an annual theatre festival, ‘Under the Sal Tree’, which developed over years into an international festival. It was perhaps the first of its kind.

The organisational part was never easy. To begin with, there was a dearth of funds. Quite a bit of Sukrachaya’s personal property inheritance went into it. For a while, some funding came in from state and Central government cultural institutions. By a stroke of good luck, Theatre Embassy from The Netherlands released a good grant for three years, which gave the organisation a great fillip.

‘Under the Sal Tree’ first attracted theatre lovers from Assam and nearby states. Because of Kanhailal’s involvement, theatre enthusiasts started pouring in from all parts of India. Very soon, Badungduppa Kalakendra started drawing experts from Europe and the US as well.

The theatre that Sukracharjya and his friends developed was rich in human resources. What was impressive was that it was a poor theatre in terms of financial investments. Badungduppa could not afford to build a huge theatre hall like other well-funded drama schools in the country. Its paradigm was Kanhailal’s ‘Theatre of the Earth’. For Badungduppa, the earth was the stage.

Through the creative management of limited resources, they built an eco-friendly theatre space in the midst of a Sal tree grove. The performing and seating areas were walled by Sal trees. The roof was provided by the green leaves above, filtering the light of the sun and the moon. An earthen stage of a modest size was built facing bamboo benches for the spectators. There was no lighting equipment as the performances were held during the day. There was no artificial acoustics. The rustle of wind through the leaves, the swaying of branches, the chirping of birds and the drone of cicadas superimposed pristine acoustics on the voices, melodies and rhythms on the stage. Part of the attraction of Under the Sal Tree was this ‘Macbeth jungle’, a simple and nature-friendly theatre space unlike any other in the country.

The theatre expression that Badungduppa developed was no doubt inspired by Kanhailal’s ‘Theatre of the Earth’, which is an orchestration of the movements of the body, breath, mind and rhythms of nature. However, Sukracharjya was not an imitator but an innovator. Though he learned the music of theatre from his master, he took the power of silence beyond what was prefigured in Kanhailal’s theatre. The notes and beats of simple primaeval instruments like Badungduppa and Manipuri tongpung (bamboo percussions) resonated beautifully with the verbal content of his plays, which were more an invocation than a conversation, and seemed to be an extension of the natural sounds of the Sal grove.

The invited troupes from India and abroad were thrilled to perform in such a wonderful space. The audiences consisted mostly of the villagers and people from neighbouring villages, who felt completely at home even while watching plays from far-off places. Though the intellectual meanings of invited plays were outside their ken, they could respond to the affective impact of the stage.

The size of the audience went on increasing every year. The buzz went around. Rampur was no more a remote Rabha village. It was a happening place where something fascinating was unfolding. Winds of good fortune started blowing for Sukracharya’s ventures. The local and state administration watched with wonder the increasing popularity of the event. Having seen the opportunity of developing this into a tourist attraction to raise revenue, they came out with offers of huge financial aid. Private investors were not lagging far behind.

Anybody else in Sukracharya’s place would have jumped at this opportunity of fame and fortune. But not him. He confessed to me, his friend, supporter and advisor, in a disturbed voice, that he was afraid that a theatre which was an expression of cultural creativity was about to be hijacked by calculations of commerce. He had decided to say ‘No’ to the huge offers. But he had realised over the years that theatre institutions have to be self-supporting to grow in a desired direction. He had hit upon the idea of setting up small-scale industries in the village. This would ensure jobs for the local people, sustenance for the artists and funding for activities.

The driving force behind the meteoric emergence of a cultural movement in a most unlikely place, he was on the threshold of a new beginning with greater potential. His confidence and commitment had the support of theatre people from all over India. Theatre institutions and scholars from abroad began to recognise his unique work. Honours and awards had come his way.

The dream of a new regional theatre in the global world that took shape in a small village was suddenly shattered by his untimely death last week. It is now for his friends, followers and admirers of Badungduppa to recover from the rude shock of his sudden death and chalk out the course to revive and actualise the visions of Kanhailal and Sukracharjya.

H.S. Shivaprakash is an award-winning poet, playwright and translator who works in Kannada and English. He is a professor at the School of Arts and Aesthetics at JNU.