Banksy's glib response to a trademark challenge backfired and lost him a two-year legal battle. 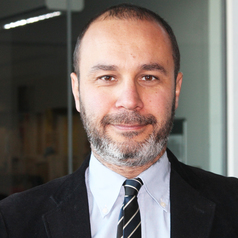 Britain’s most famous – and enigmatic – graffiti artist Banksy once proclaimed that “copyright is for losers”. Now, having lost a two-year legal fight over the trademarking of one of his iconic artworks, that claim has come back to haunt him.

This legal dispute initially erupted between Pest Control and Full Colour Black, a British greeting cards company which often uses artworks by Banksy. In March 2019 Full Colour Black asked for the cancellation of the trademark, claiming it was filed in bad faith. The row then hit the headlines after Banksy opened a store named Gross Domestic Product in South London in the autumn of 2019. At the time, the mysterious artist stated:

A greetings card company is contesting the trademark I hold to my art and attempting to take custody of my name so they can sell their fake Banksy merchandise legally.

Banksy said he had been legally advised that the best way to remedy the situation was to create his own merchandise. This aimed to show that he was trying to abide by the law which requires owners of trademarks to use their brands in the course of trade. Until this point, Banksy had never regularly manufactured or sold merchandise bearing his brand.

But such statements – not unexpectedly – backfired. The EU trademark office noted in its ruling that in opening a shop specifically to sell merchandise showing the Flame Thrower (the artwork the greetings card company wanted to use), Banksy had admitted that the use made of the Flower Thrower brand was not genuine. This merchandise was in bad faith, inconsistent with honest practices and aimed at creating or keeping a share of the market by selling products simply to circumvent the law.

This is not just bad news for the Flower Thrower brand. The decision could also damage other Banksy’s trademark registrations incorporating various iconic artworks, now at risk of being invalidated on the same grounds.

Also read: Despite Saying Copyright Is for Losers, Banksy Finally Goes to Court

The case raises other issues too. Can artworks be monopolised by trademarking them? Copyright and trademarks are different intellectual property rights. While copyright aims to protect artistic works such as paintings, trademarks protect logos and signs that help consumers to make informed purchase choices when it comes to buying products.

And Banksy – who has made clear his dislike of copyright – has tried to rely here on trademark law to protect his artworks. This is not the first time he has done so.

The reason Banksy doesn’t invoke copyright, instead relying on trademarks, is because a copyright suit would require Pest Control to show that it has acquired the copyright from the artist. This would reveal Banksy’s real name, which the famously anonymous artist wants to avoid, as it would remove his aura of mystery and affect the commercial value of his art.

Also, copyright is limited in time, while trademarks can be continuously renewed; trademarking an artwork therefore gives the artist a perpetual monopoly over it. This may offend a basic intellectual property law principle, namely that after a specific period of time everyone should be able to use, and build upon, artworks that have fallen into the public domain.

Of course, there are artworks which are registered and enforced as trademarks, such as Disney’s iconic characters, but in most cases, the trademarked work of art is used in a genuine way, with merchandise regularly produced and sold by the right holder.

But where the use has been token and aimed just at getting around the law, the scenario is more worrying. More so in cases like Banksy’s: when an artist doesn’t want to claim copyright but at the same time seeks potentially perpetual trademark rights over his art.

So Banksy’s statement – “Copyright is for losers” – has now come back to bite him. His negative opinion about an important intellectual property right clearly jeopardises his position in proceedings where proprietary rights are debated, as the EU trademark office suggested in its decision.

Certainly, an anti-establishment viewpoint does not prevent artists from relying on “establishment” legal tools to protect the very rights they criticise. Everyone has the right to freedom of expression and a trademark owner cannot lose the right to a brand because he has said that copyright is for losers. You can still be anti-establishment and take legal action to protect your intellectual property. But what you can’t do is behave as Banksy did in creating his shop to simply get around the law and keep perpetual monopolies over his art. The EU trademark office also noted that illegal graffiti cannot be protected by copyright because it is produced through the commission of a criminal act. It added that as graffiti is normally placed in public places for all to view and photograph, no copyright can be claimed.

But these statements are not accurate. The process of creating an artwork, whether legal or illegal, is not conclusive when it comes to determining whether copyright comes into existence.

Also read: Banksy and the Tradition of Destroying Art

For example, if I steal a pencil and create a wonderful drawing, why should I be denied copyright and be forced to tolerate someone else cashing in on my work? It would be unfair. The same could be said of illegal street art. Also, the fact that graffiti is placed in public locations does not assume that artists waive or are deprived of the rights copyright law offers them. That is simply mistaken.

Apart from this point, the decision is well-reasoned and fair. If Banksy wants to own, keep and enforce registered trademarks, he needs to act in good faith, and start using them seriously by regularly selling merchandise, as all entrepreneurs do.

Enrico Bonadio is a reader in Intellectual Property Law, City, University of London