'Love is in the Bin' has officially become the most expensive Banksy artwork ever auctioned off, followed by 'Game Changer' which sold for $23.1 million this March. 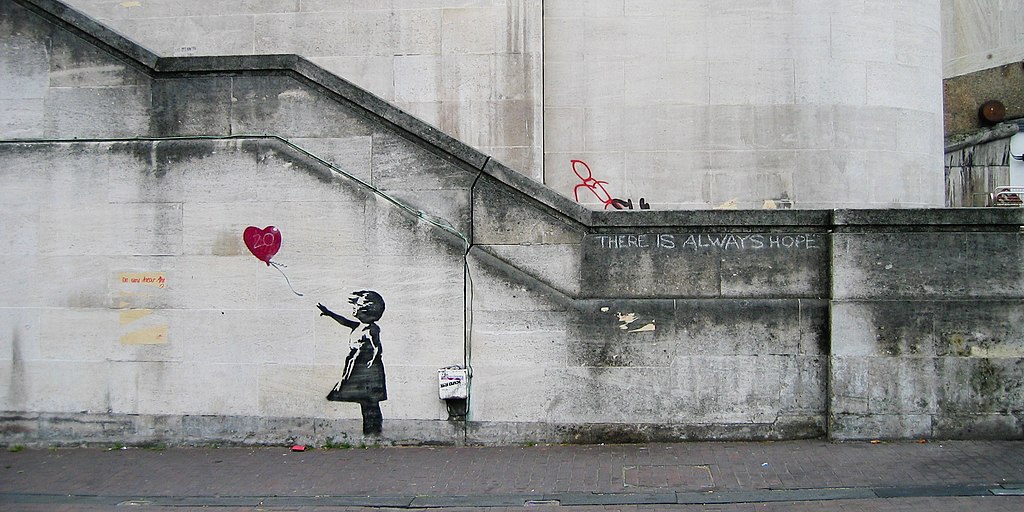 By purposefully shredding the print copy of his iconic ‘Girl with Balloon’ stencil mural after it was auctioned off in October 2018, Banksy subverted the notion of the intangibility of a finished art project. This move by the notorious street artist didn’t diminish the painting’s value though. On October 14 of this year, the half-shredded artwork now called ‘Love is in the Bin’ sold for $25.4 million at a Sotheby’s auction, a more than $20 million increase compared to the auction price of the original. As our chart shows, ‘Love is in the Bin’ has officially become the most expensive Banksy artwork ever auctioned off.

Coming in second is ‘Game Changer’, which sold for $23.1 million this March with the proceeds going towards charities affiliated with the UK’s National Health Service. The piece, also known as ‘Painting for Saints’, was created in the wake of the coronavirus pandemic and depicts a boy picking a toy nurse over well-known superheroes Batman and Spider-Man. Other well-known paintings and artworks like the iconic ‘Love is in the Air’, which shows a masked protester throwing a bouquet of flowers, or the climate change commentary ‘Subject to Availability’ sold for considerably lower sums at $12.9 million and $6.3 million, respectively.

Even though Banksy is one of the most notable modern artists in the Western world, his identity remains a mystery. Some of the more popular theories ascribe his works to street artist Robin Gunningham, whose movements apparently correlate with new Banksy pieces according to a study from 2016, artist and art collector Damien Hirst or fellow graffiti artist 3D who collaborated with Banksy in his DryBreadZ graffiti crew. 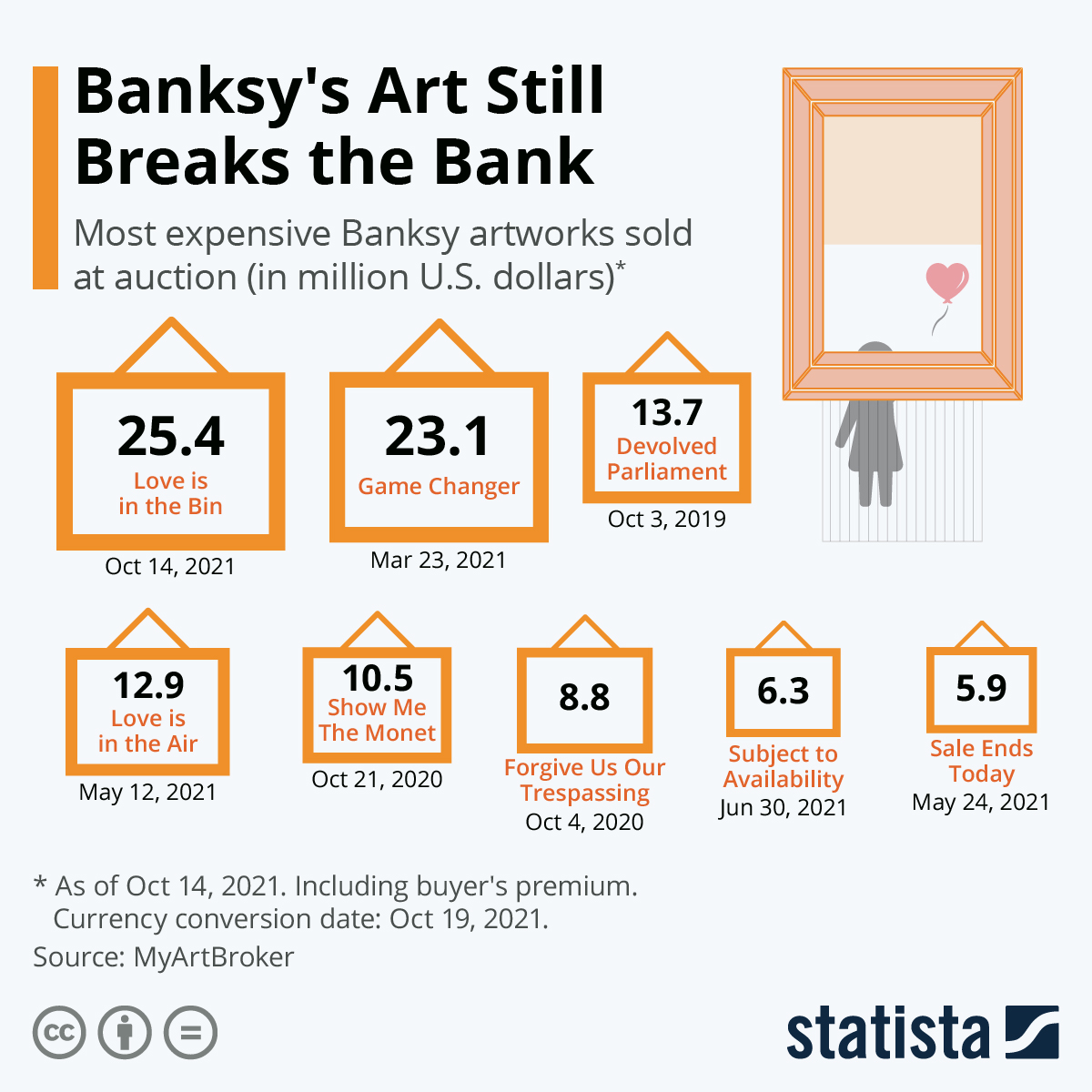