This is the second time in less than two years that an auction consisting entirely of modern Indian art from a prominent Japanese collection has created record prices for leading masters. 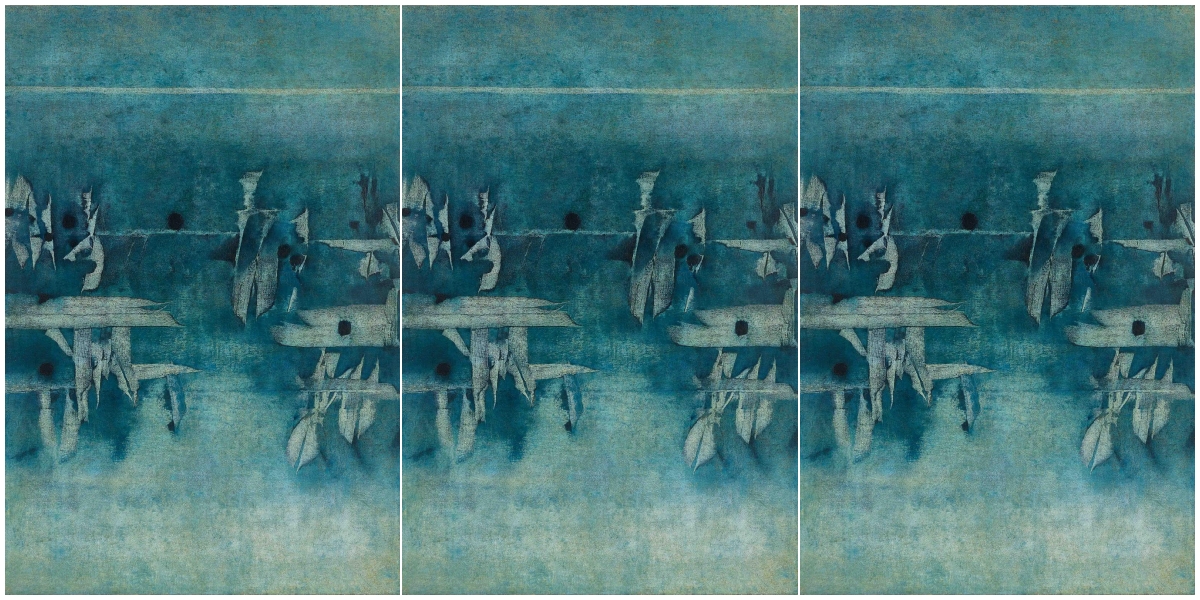 For the second time in less than two years, an auction consisting entirely of modern Indian art from a prominent Japanese collection has created record prices for leading masters. The total sale figure of $20.68m – for 57 lots – was also the highest ever for a single Indian art auction.

Run by Pundole, a long-established Mumbai gallery, the auction – and a second sale a day later – consisted of works from a collection built up over three decades by Masanori Fukuoka, a businessman living in the Kansai region of Japan. Fukuoka set up the Glenbarra Museum alongside his home.

The museum now has one of the most impressive and accessible international collections of Indian art, which Fukuoka, who was initially drawn to India as a place of Buddhist learning, occasionally prunes.

Works have been shown in India and lent abroad. An impressive collection of Jogen Chowdhury’s works has travelled to Kolkata, Mumbai, and Delhi, and a Nasreen Mohamedi exhibition will be staged later this year.

Fukuoka’s s first exclusive auction with Pundole was in September 2020.

This week’s two auctions (totalling $21m together) took place in Mumbai on February 24 and 25.

All the 116 lots were sold and most exceeded estimates, maybe indicating as often happens that art is seen as a safer investment than the stock markets at a time of crisis.

A large 70in x 50in abstract oil on canvas that was painted in 1969 by V.S. Gaitonde, a leading member of the mid-20th century Progressive group, set a new record for the artist with a Rs 42 crore hammer price – $6.44 million including a 15% buyer’s premium. This was the highest auction price ever bid for a modern or contemporary Indian work, beating the Rs 32 crore – $5.02 million including the premium – paid for another Gaitonde from the Glenbarra collection in September 2020.

The second-highest price of Rs 32 crores (hammer) – $4.9 million including the premium – was bid for a 59in x 47in acrylic on canvas by Tyeb Mehta, another leading member of the Progressives. Part of his Mahishasura series, it depicted a goddess and buffalo-demon enacting a sacrificial combat rite of fertility.

The price doubled the low estimate and beat Mehta’s previous record of Rs 26.38 crore ($3.99 million including premium) that was achieved at a Mumbai-based Saffronart auction in June 2018.

These prices confirm Gaitonde’s and Mehta’s position at the top of the Indian art market, where their paintings are regarded as both financially safe and visually important investments.

According to sources, the two works were bought by a (so far) un-named non-resident Indian with paddle number 1707, whose success as an apparently new buyer surprised established collectors based in India.

The same buyer won other works including an 84in x 108in triptych oil on canvas titled My Lily Pond by Arpita Singh. Now in her mid-80s, Singh’s works were till recently under-recognised. Creating a new record for the artist, the painting was sold for three times the low estimate at a hammer price of Rs 9 crore ($1.38 million including premium).

At first glance, it looks a calm mix of colours. The word “WATER” is repeated across the canvas with pinkish water lilies, but the detail – topically – reveals armed soldiers bearing down on drowning men.

Another prominent artist, Jagdish Swaminathan, doubled his record with a 61in x 184in triptych oil on canvas titled The Altar from 1988. It sold for a hammer price of Rs 22 crore ($3.73 million including the premium) that more than tripled the low estimate.

The Indian art market is frequently hit by fake works of art so the reputation of the Glenbarra collection’s authenticity seems to reassure buyers. The total sale on the first day of Rs 155 crore ($20.68 million) beat the previous auction record of $16 million (Rs 68.64 crore) that was set by Saffronart in the boom year of 2006 before prices crashed. That was followed by Rs 97.65 crore ($14.7 million) at a Christie’s auction in Mumbai in December 2015.

Alongside the big names, there were many works by lesser know artists both in the February 24 auction and in the second sale of 59 works a day later. All the works sold. and many went well above estimates that seem to have been set low to pull in bids.

The auction catalogue says that, in his early years of collecting, Masanori Fukuoka had a “process of buying” that was “somewhat romantic, where emotional responses and gut reactions trump all practical considerations”.

He finished up with what he describes as “a few thousand” works and says he has been selling works at various auctions for several years, focussing since 2020 on the high profile single-owner sales with Pundole. He is still buying, having diversified into Japanese ceramics.

Dadiba Pundole, who owns the auction gallery, says that buyers on the two days included “a new generation of collectors” who “fulfilled Masanori’s dream of bringing a broad range of Indian artists into the sphere of international awareness and recognition”.

The results underline the growing significance of India-based auction houses that include Saffronart as well as Pundole and Asta Guru. That leaves the internationally known Christie’s, Sotheby’s and Bonhams with a lesser role.