"We speak from a long history of artistic commitment to the Palestinian freedom and to struggles of justice and peace everywhere in world." 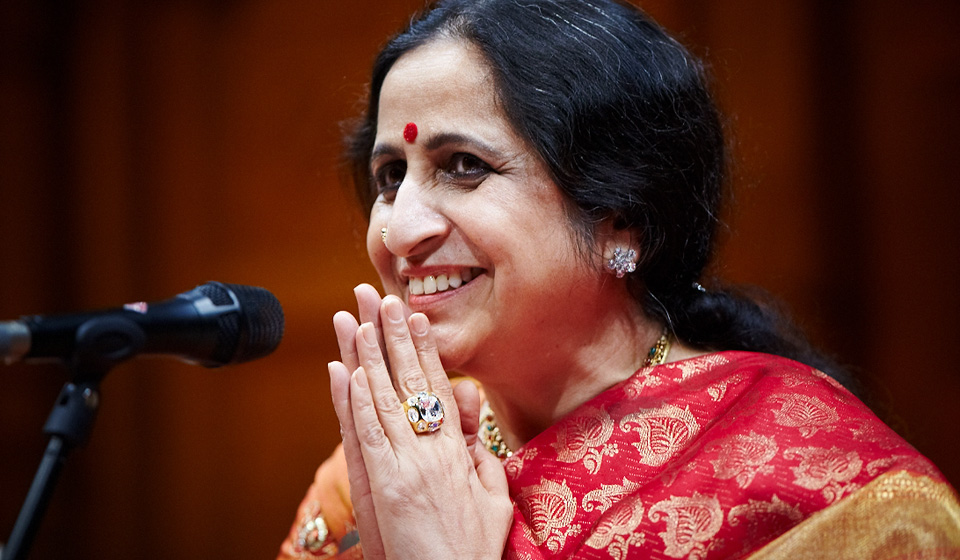 New Delhi: Writers and singers have written an open letter addressed to internationally-acclaimed Carnatic singer Aruna Sairam expressing anguish over her upcoming performance at the Jerusalem International Oud Festival and urging her to reconsider. “We speak from a long history of artistic commitment to the Palestinian freedom and to struggles of justice and peace everywhere in world,” the letter states.

Sairam is set to perform on November 13 in Israel, which holds a legacy of oppression and apartheid against Palestinians. The week-long festival has been inviting artists from various disciplines for the past 19 years. Stalwarts like the famed flute player, Pt Hariprasad Chaurasiya has remained at the forefront of the cultural camaraderie between India and Israel.

As reported by Jerusalem Post, the international Oud festival has invited Sairam this time to perform at the Jerusalem theatre under the auspices of the artistic director, Effi Benaya. Padmashree Sairam has won several accolades for elevating Indian musical culture to a global arena by aesthetically communicating the nuances of her craft to the non-English audience abroad.

With a fan-base across global cultures, her performance scheduled at the Jerusalem festival has angered artists like Mira Nair, Ken Loach, Roger Waters etc, who have collectively supported the Palestinian call for Academic and Cultural Boycott of Israel. Besides, influential personalities including Ustad Zakir Hussain, Jean-Luc Godard, Bjork, Lauryn Hill, Lorde and many more have turned down the invitation in the past in the same light.

Also read: Our Folk Tradition Has a Lesson For Those Communalising Classical Music

The boycott call, as the letter details, is linked to Israel’s attempt to whitewash the egregious human rights violations by cynically using art and culture. Boycott, Divestment and Sanctions  – global campaign promoting various kinds of boycott against Israel – had been urging international cultural workers and organisations, including unions and associations, to boycott and/or work towards the cancellation of events, activities, agreements, or projects involving Israel or any of its cultural institutions.

The Israeli citizens, who support Palestinian human rights campaign, has also allied with the global boycott to call out artists to cancel their performances scheduled at the Jerusalem Oud Festival. “We find it grotesquely ironic that the Ministry of Culture, that’s hard at work shutting down indigenous Palestinian culture, is the sponsor of a festival so central to traditional Palestinian culture, while never addressing the indigenous Palestinian identity.We also find it grotesque that in the invitation for the Jerusalem Oud Festival, the Mayor of Jerusalem, refers to Jerusalem as Israel’s “eternal capital”, which isn’t only a colonialist erasure of its indigenous Palestinian heritage, but also a de-facto annexation of a territory where Israel’s sovereignty is unrecognised internationally,” quotes the letter.

They also bring to light the festival’s vicinity to Khan al-Ahmar, where Israel authorities have been forcibly expelling the local Bedouin community, paving way for colonisation of the Palestinian lands. As reported by Al Jazeera, the Israeli forces have killed over 200 Palestinians in Gaza, including children, who were peacefully demanding their internationally recognised right to reclaim their domiciles.

Also read: Boycotting Israel is the Best Way the World Can Fight Back

Events like the Jerusalem festival, as the letter points out, are used as a propaganda tool by the Israeli regime. On one hand, the regime kills and maims Palestinians and on the other hand, it organises concerts and cultural events to hide their act of brutality and oppression. Collating instances like these and anti-apartheid cultural boycott in South Africa, the artists urge  Sairam to not allow her voice to be appropriated and used for whitewashing the systematic violation of Palestinian human rights.