The Long and Winding 'Abbey Road' – The Beatles' 2019 Revival Edition

The 50th anniversary box set of 'Abbey Road', due for release on September 27, is an essential chronicle of the final years of a group that changed the history of pop music forever. 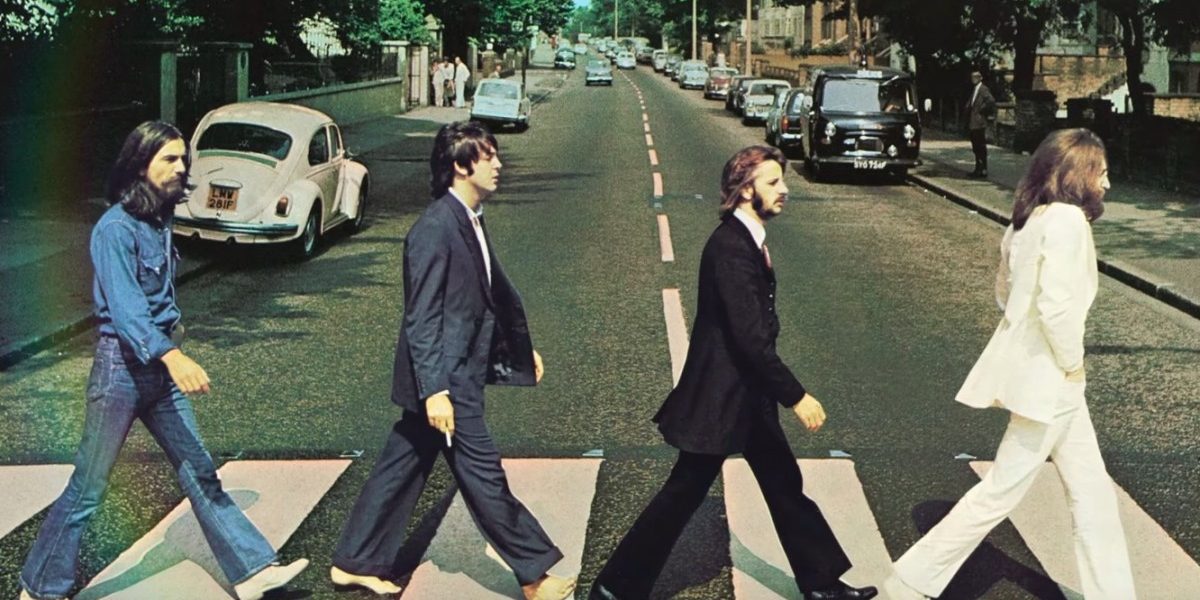 no write-up of ‘Abbey Road’ could be complete without referencing the signature cover art initiated by Iain Macmillan on August 8, 1969. 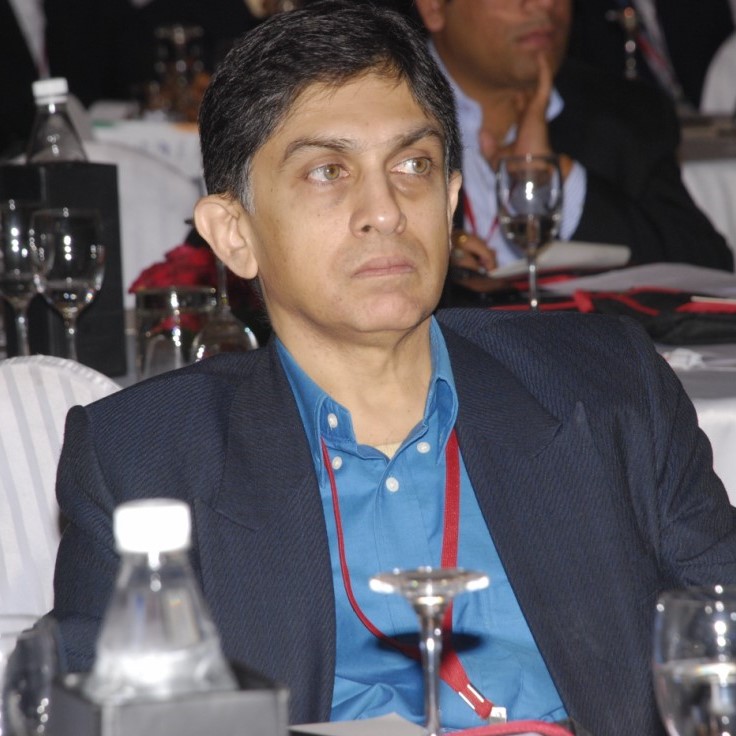 The Beatles are back.

Not that they ever went away, but new never-heard-before music is soon going to be available to the band’s countless fans with the release of the ‘Abbey Road Super Deluxe Edition’ on September 27 – 50 years and one day after the original UK release in 1969.

On August 8, Apple Corp announced the upcoming release of the 50th anniversary edition of the album – famous for its cover of the Fab Four crossing the street at Abbey Road – presented with new mixes in stereo, 5.1 surround, and Dolby Atmos; remastered by Giles Martin, the son of the original producer George Martin, and engineered by Sam Okell. This edition also contains a 100-page book with a foreword by Paul McCartney.

The new ‘Abbey Road’ edition follows the model of the Beatles’ previous 50th anniversary editions and, quite like them (‘Sgt. Pepper’s Lonely Hearts Club Band’ and ‘White Album’), it explores the Beatles vaults to find fresh surprises in music that you thought that you had already learnt by heart. ‘Abbey Road’ is also the Beatles’ best-selling album – as of 2011, the album had sold over 31 million copies worldwide – and their farewell one too.

Clearly, the new deluxe edition will be a collector’s item.

While there still appears to be speculation as to which of the Beatles’ albums was recorded last, the correct answer is ‘Abbey Road’, although ‘Let It Be’ is the one that was the last one to be released. The first sessions for ‘Abbey Road’ began at the Trident Studios on February 22, 1969 – only three weeks after the ‘Let It Be’ (or what was initially referred to as the ‘Get Back’) sessions concluded.

The genesis of the ‘Abbey Road’ sessions occurred in early 1969 when McCartney urged producer George Martin to provide the band an opportunity to record another album “the way we used to” – following the difficult, anxious, and stressed recording sessions for ‘Let It Be’ – immune from the conflict between the members that first occurred in May 1968 during sessions that eventually resulted in the ‘White Album’.

Other contentious issues had included the constant presence of John Lennon’s new partner, Yoko Ono, which was against the Beatles’ unwritten policy of wives and girlfriends not being allowed to be present at recording sessions, producer Martin’s unexpected and sudden departure from the recordings due to constant bickering over creative differences, as also with sound engineer Geoff Emerick leaving (he was also one of the voices featured on ‘Revolution 9’), along with Ringo Starr quitting the band briefly in August 1968.

However, in February 1969, Martin acceded to McCartney’s request but with a strict rider that the Beatles – specifically, Lennon – allow him to produce the album the way he had in the past.

With this backdrop, recording for ‘Abbey Road’ commenced on February 22, 1969 but many of these songs began their lives well before the album’s main recording dates kicked off in the summer of 1969. The Beatles’ initial run-throughs of “Mean Mr Mustard” and “Polythene Pam” actually date back to the ‘White Album’ demo sessions on May 29, 1968 at George Harrison’s Kinfauns estate in Esher. In fact, the version of “Mean Mr Mustard” on ‘Esher Demos’ featured on the 50th anniversary of the ‘White Album’ was notable because Lennon was still singing the original lyric about “his sister Shirley”, which he later changed it to “his sister Pam” so that it could be thematically linked with ‘Polythene Pam’ on ‘Abbey Road’.

There were times, at this point, when the ‘Abbey Road’ songs still needed more shaping. For instance, Starr’s initial attempts at recording ‘Octopus’s Garden; on January 23, 1969 were quite skeletal, but George Harrison stepped in a few days later – as seen in the film Let It Be – to assist the drummer.

In turn, Lennon later encouraged Harrison to use place-keeper lyrics (specifically, “attracts me like a cauliflower”) until he nailed ‘Something’ nailed to perfection.

Meanwhile, the other classic from Harrison on ‘Abbey Road’, ‘Here Comes the Sun’, was first recorded on August 6, 1969 with Take 9 making an appearance on the ‘Super Deluxe Edition’. The outstanding quality of Harrison’s compositions with ‘Here Comes Sun’ and ‘Something’ obviously must have made the songwriting duo of Lennon-McCartney nervous – perhaps contributing yet another reason why the group eventually disbanded.

As Lennon sarcastically told New Musical Express: “George has got songs he’s been trying to get on our records since 1920”.

The ‘Abbey Road’ sessions also included moments that did not appear on any Beatles album like ‘Another Day’, McCartney’s first solo single; ‘All Things Must Pass”, the title track from Harrison’s definitive debut; and ‘Gimme Some Truth’ (which later found a home on Lennon’s ‘Imagine’).

However, at least two other tracks, ‘Goodbye’, a demo that McCartney made for Mary Hopkins, and ‘Come And Get It’ for Welsh rock band Badfinger, make it onto the ‘Deluxe Edition’.

The Beatles also cut ‘The Ballad Of John And Yoko’ and ‘Old Brown Shoe’, a pair of non-album tracks whose outtakes appear on the ‘Super Deluxe Session’ with Take 7 and Take 2, respectively.

What makes the album distinctive from the other Beatles’ albums is that its two halves represent a compromise; Lennon wanting a conventional album with stand-alone songs whereas McCartney’s focus was on creating a medley. To reconcile this divergence, Lennon had “his” songs appear on Side A, and McCartney’s on Side B – which Lennon eventually referred to as “junk”, further adding that “it was bits of song[s] thrown together”.

In retrospect, Harrison said that the album “felt as if we were reaching the end of the line” and, fed up with his life with Lennon and McCartney, had already planned on recording a solo album. But nothing changed the fact that each member writing songs resulted in strong compositions and some of the finest harmonies recorded, thanks in no small measure to Lennon stretching himself — especially on the ballads ‘Because’ and ‘Sun King’ as if Lennon was already aware that this was his final opportunity to write songs for three voices to sing together. In ‘The End’, all three guitar players — McCartney, Harrison, and Lennon, in that order – traded off guitar solos.

Lennon, a week before the release of ‘Abbey Road’, announced that he wanted a “divorce” from the band. “I mean,” he said, “the group is over. I’m leaving.”

Meanwhile, no write-up of ‘Abbey Road’ could be complete without referencing the signature cover art initiated by Iain Macmillan on August 8, 1969.

The late photographer took six shots while positioned on a ladder in the middle of the street. In three of the photographs, the Beatles are walking away from the studio – an image that came to be symbolic of their looming split – while the remainder finds the group heading in the opposite direction, from right to left. While they crossed Abbey Road in the same order each time, photographer Macmillan’s fifth photo was chosen as the album image.

For the trivia-minded, the original working title for ‘Abbey Road’ was ‘Everest’, and the legendary cover was never planned at all. Engineer Geoff Emerick was smoking Everest cigarettes in the studio, and the band eventually took a liking to the stark image of their silhouettes against a white mountain and, hence, ‘Everest’ became the working title for their then-unnamed 11th album.

Also read: Tastes May Change, but the Classics Remain: the Best Albums of 1968

However, once the group decided that travelling to Nepal to shoot the cover was not practical, McCartney came up with the idea of taking a photograph outside EMI Studios while taking a break from recording the album.

So while ‘Abbey Road’ became the only Beatles album recorded in stereo – no mono version exists – it also replaced ‘Let It Be’ on the Beatles release schedule just two days prior to manufacture.

Now, the 50th anniversary box set due for release on September 27 with previously unreleased session recordings and demos aims to provide justice to one of the greatest albums ever released – one that had travel a long and winding road before achieving its legendary status.