The story contained alleged details of Hunter Biden's business dealings with a Ukrainian energy company and said that the former vice president had met with an adviser of the company. 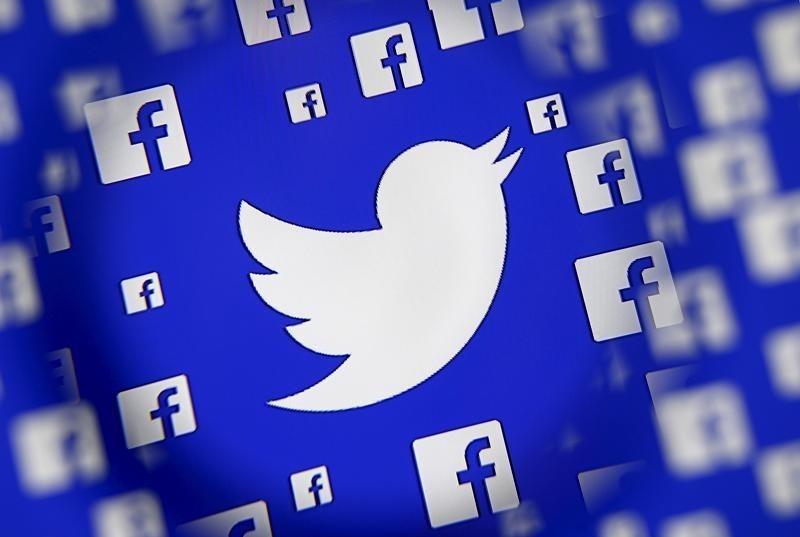 Logo of the Twitter and Facebook are seen through magnifier on display in this illustration taken in Sarajevo, Bosnia and Herzegovina, December 16, 2015. Credit: Reuters

San Francisco: Facebook and Twitter cast doubt on a New York Post story that made claims about Democratic presidential candidate Joe Biden‘s son, taking proactive steps to restrict the dissemination of the story in the hours after it was published on Wednesday.

The story contained alleged details of Hunter Biden‘s business dealings with a Ukrainian energy company and said that the former vice president had met with an adviser of the company. The story, which Reuters did not independently confirm, sourced details to emails that it said were given to the lawyer of Rudy Giuliani, President Donald Trump’s personal attorney.

Robert Costello, the lawyer for Giuliani cited in the Post story, did not immediately respond to a request for comment.

Biden campaign spokesman Andrew Bates said in a statement that Republican-led Senate committees have previously concluded that Biden engaged in no wrongdoing related to Ukraine.

“The New York Post never asked the Biden campaign about the critical elements of this story,” Bates said. “We have reviewed JoeBiden‘s official schedules from the time and no meeting, as alleged by the New York Post, ever took place,” he added.

Trump, who has been trailing Biden in national polls ahead of the November 3, 2020, election, said it was “terrible” that Twitter and Facebook “took down the story of ‘Smoking Gun’ Emails related to Sleepy Joe Biden and his son, Hunter” and vaguely alluded to a threat of regulatory action.

The New York Post, in an editorial responding to the companies’ actions, said: “Censor first, ask questions later: It’s an outrageous attitude for two of the most powerful platforms in the United States to take.” The newspaper did not immediately respond to a request for comment.

Facebook, the world’s biggest social network, limited dissemination of the Post story within hours of its publication on Wednesday, according to a tweet by spokesman Andy Stone.

Stone cited a policy saying that Facebook can temporarily take action against content pending review by news organizations and others in its third-party fact-checking program “if we have signals that a piece of content is false.”

Facebook took the same action at least once previously, in response to false claims also involving the New York Post that Biden wore an earpiece at last month’s debate.

Twitter said the story violated its “hacked materials” policy, which bars the distribution of content obtained through hacking that contains private information or trade secrets, or puts people at risk of physical harm. It provided no details on what materials it viewed as hacked in the Post articles.

“It was not hacked at all,” Giuliani told Reuters. Twitter said in a series of tweets that images contained in two Post articles included personal information such as email addresses and phone numbers, which put them in violation of the company’s “private information policy.”

The swift actions by the social media companies earned praise from some disinformation researchers, who raised red flags about the provenance and credibility of the Post‘s story, but some said it raised questions about their processes for deciding to contain the spread of false information.

Although Facebook can ask fact-checkers for ratings on particular pieces of content, multiple fact-checking partners, including a unit of Reuters, said the company had not done in this case, nor had they opted to initiate a check on their own.

Despite the moves to restrict dissemination, the information in the story circulated widely on both platforms. Versions of the story reached the top 10 list of most-shared English-language links in Facebook pages and groups, while the topic was still among those trending on Twitter as of Wednesday afternoon.