It’s Not Just About 50 Tweets and One Platform

This new normal involves hoping technology companies and digital platforms will be transparent, even as we criticize them for not confronting executive overreach. 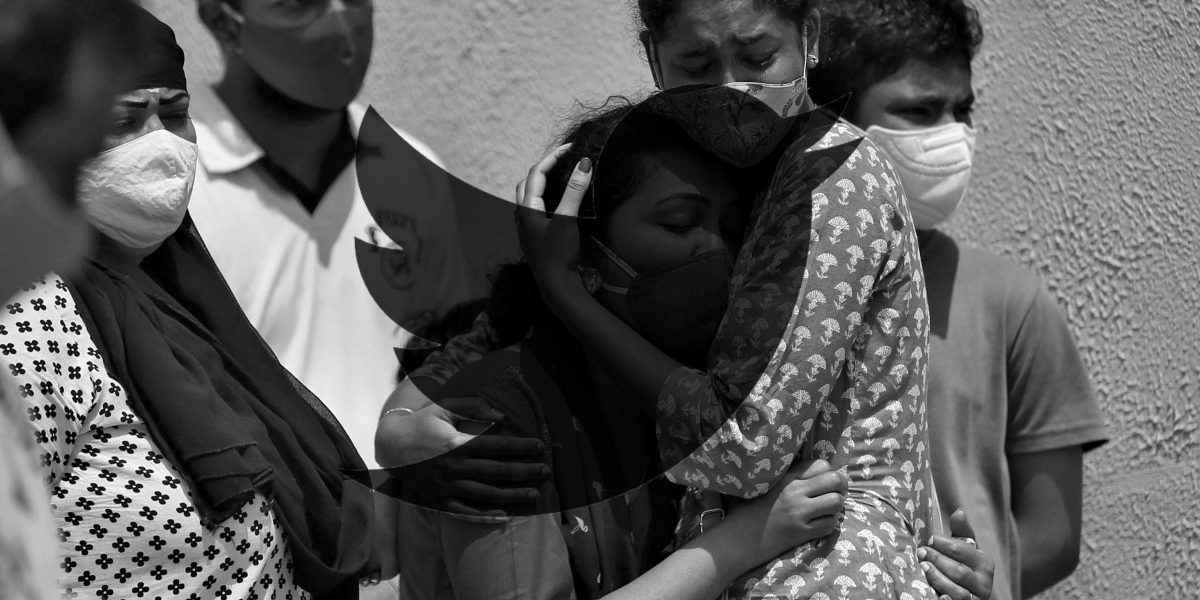 Photo: Reuters/Illustration by The Wire

As SOS calls and sobering visuals of the plight of COVID-19 patients and their caregivers inundate social media platforms and messaging apps, spending time on them is equivalent to flitting between heart-wrenching tales of hardship and brief flashes of hope where a network of volunteers has succeeding in helping someone.

Fifty tweets on a platform that has just 1.75 crore users in India may not seem significant. And yet, Twitter’s position as a platform of choice for signalling, especially in media and diplomatic circles, coupled with a noticeable trend of similar action, make this worthy of attention.

The most recent example of such actions as Twitter’s face-off with the Union government over blocking tweets and accounts during the farmer protests in February are still fresh in public memory. As Twitter flip-flopped its way through compliance and positions that ‘the tweets must flow’, unnamed sources in the Ministry of Electronics and Information Technology claimed that it complied with 97% of the requests. There appears to be no public record of the company contradicting this claim.

And to pick just a few more instances – in 2019, a CPJ analysis asserted that ‘hundreds of thousands’ of tweets (with content related to Kashmir) were withheld in India since August 2017. In July 2020, the websites of FridaysForFuture, LetIndiaBreathe and ThereIsNoEarthB were blocked for advocacy against the draft Environmental Impact Assessment (EIA) notification 2020. And as administrations, at the state and central levels, attempt to stifle or ‘neutralise‘ inconvenient truths, this is another ‘new normal’ that we may have to get accustomed to.

This is a surface trend, and there are undercurrents we must consider too.

Transparency and a voluntary act

This latest attempt came to light because Twitter disclosed this action in the Lumen Database, a project that houses voluntary submissions. And while Twitter is being criticised for complying, reports suggest that the company wasn’t the only one that received such a request. It just happened to be the only one that chose to disclose it proactively.

Expanding on legal scholar Jack Balkin’s model for speech regulation, there are ‘3C’s’ available (cooperation, cooption and confrontation) for companies in their interaction with state power. Apart from Twitter’s seemingly short-lived dalliance with confrontation in February 2021, technology platforms have mostly chosen the cooperation and cooption options in India (in contrast to their posturing in the west).

This is particularly evident in their reaction to the recent Intermediary Guidelines and Digital Media Ethics Code. We’ll ask for transparency, but what we’re likely to get is ‘transparency theatre’ – ranging from inscrutable reports, to a deluge of information which, as communications scholar Sun-ha Hong argues, ‘won’t save us’.

Reports allege that the most recent Twitter posts were flagged because they were misleading. But, at the time of writing, it isn’t clear exactly which law(s) were allegedly violated. We can demand that social media platforms are more transparent, but the current legal regime dealing with ‘blocking’ (Section 69A of the IT ACT) place no such obligations on the government. On the contrary, as  lawyers Gurshabad Grover and Torsha Sorkar point out, it enables them to issue ‘secret blocking’ orders. Civil society groups have advocated against these provisions, but the political class (whether in government or opposition) is yet to make any serious attempts to change the status quo.

Pushback and the balance of power

Unsurprisingly, the move to censor the tweets is already grabbing attention around the world, giving the appearance that  the‘Streisand effect’ may have rendered this particular attempt counter-productive.

There are two avenues open to any administration seeking to manage its image in such situations in future. Choose not to take such actions or (try to) ensure that they don’t make it into the public domain. The latter is easier said than done, but it is also sobering to recall that this latest incident only came to light because of a voluntary disclosure made by one of the affected corporations. No matter how seriously a corporation takes its commitments to such disclosures, circumstances can be engineered such that it becomes an untenable tradeoff.

Yet, international attention will continue to pour in. Discussions of India’s slide in democracy indices (Freedom House, V-Dem), information operations, growing intolerance for dissent, collapsing institutions, etc., are increasingly visible in media and academic publications. Some regard India’s battle with tech platforms as ‘the’ defining one for the future of internet speech. The authoritarian impulse in such a scenario is to attempt to tighten the screws further. Going back to the inverted triangle, the balance of power would shift further to towards the top-left.

But, the internet is a global medium. For now. There is a growing international consensus that technology platforms specifically (and the internet by extension) must bend to the will of domestic laws. This is complicated since ‘domestic laws’ are not consistent globally, and even the same set of rules can be used differently by liberal and authoritarian regimes. Global information flows will be countered by attempts to moderate at different levels of internet infrastructure accelerating the shift to a ‘splinternet’.

Today, the way this infrastructure works is not in consonance with the way international boundaries work. But, what’s true in 2021 will not necessarily be true in 2026 or 2031. For eg., Mathew Prince, CEO of Cloudflare (one of the largest content delivery networks) believes it is inevitable that infrastructure companies will have to operate differently in every country.

Meanwhile, that balance of power keeps shifting, away from citizens.

Prateek Waghre is a research analyst with the High Tech Geopolitics Programme at The Takshashila Institution. He writes MisDisMal-Information, a newsletter on India’s information ecosystem.