The regulator should encourage IP, while 2G should be phased out. Consequently, IUC should be brought down to zero at the earliest even as a transparent method is worked out to cover termination costs in the interim period. 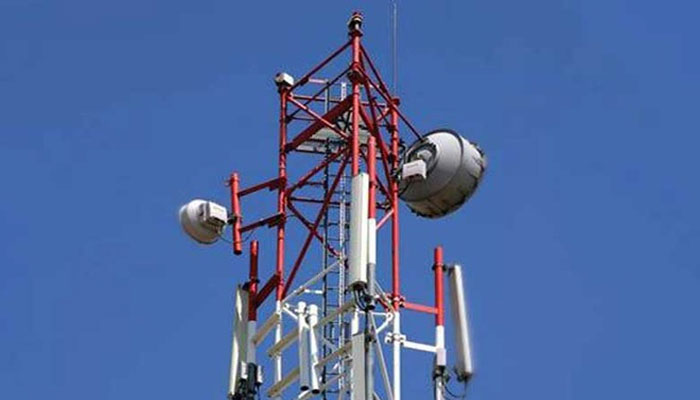 Jio's Prime offer has been extended, with another three months of free data thrown in as a sweetener. Credit: PTI

The prestigious ITU (International Telecommunications Union) round table conference of Asia-Pacific regulators, which is taking place in New Delhi this week on the topic of ‘Addressing Reguatory Challenges in Digital Societies’, couldn’t have been organised at a more opportune time.

The Telecom Regulatory Authority of India (TRAI), the host of the event, is currently finalising the new Interconnect Usage Charge (IUC) regime as the country moves towards a more digitised society.

IUC is the charge that a telecom service company (from where a call originates) pays to the company where the call is terminated.

It is important to know what ITU recommends on IUC and understand its significance. A 2014 ITU report recommends that the regulators should follow a ‘bill and keep’ regime. If immediate implementation of bill and keep is not possible, then it should move towards a zero termination charge regime as fast as possible. It suggests pure long range incremental cost (LRIC) method for determining IUC during the interim period.

The ITU is a United Nations specialised agency for Information and Communication Technologies (ICT) and has a membership of 193 countries.

New operators have fewer subscribers than their incumbent competitors. This means that there are more outgoing calls than incoming calls and they pay more IUC than they receive.

That is the reason that ITU report points out that interconnect regime can be misused by incumbent operators to block entry of new entrants.

Last year, when a new operator unleashed tsunami of 4G at low prices, the data-starved Indian market was shaken up. The basic difference between 4G and 2G is that the former is based on internet protocol (IP). It blurs the difference between voice and data and increases efficiency of the network tremendously. This results in bringing down the price of carrying voice to less than one-paise per minute and enables high data speed. This enabled the new operator to slash prices of data by 98% and make voice free..

The new operator had set up the world’s first commercial 4G telecom network that offered VoLTE.

In 2G, which is basically a circuit-switched network, costs will always be high and data speeds will be low due to inherent inefficiencies (3G is a hybrid of circuit-switched and IP and is again inefficient compared to 4G). Naturally, the old order in telecom is threatened even though the incumbent players are also trying to bring in 4G.

Consumers love disruption. It brings immense benefits to them. Uber and Ola became successful as these apps have made the life of a cab user easy by disrupting the old inefficient taxi services. Similarly, Netflix and Apple have brought revolution in entertainment. Tesla threatens to do the same in automobiles. Some of the giants of yesteryear like Kodak, Blockbuster, Blackberry and Motorola that could not cope up with disruption have been sent to oblivion.

One of the reasons that innovation benefited customers in taxi services, entertainment and automobiles is that these sectors are not highly regulated. However, this is not the case with telecom. That is why role of regulator becomes important when there is a disruption in telecom.

Now, the question is what should be the guiding principle for the regulator in deciding an important issue like interconnection usage charge (IUC). The ITU report states that “where regulators are needed to mediate interconnection disputes, rates should be based on maximising economic welfare”.

In the Indian scenario, the economic welfare of masses is maximised when the 4G networks are expanded so that benefits of digital economy reach everyone. The major bottleneck of the ‘Digital India’ program is lack of availability and access as well as high cost of broadband. Networks can’t even carry voice without a few call drops. In places where Internet connectivity is available, download speeds are a big challenge most of the time.

It is responsibility of the regulator to ensure good quality of services at affordable prices. This is possible only when circuit-switched networks are rapidly phased out and IP-networks expand. Similarly, all the operators should be encouraged to penetrate to rural areas. This requires a well thought out IUC regime.

TRAI should encourage IP, while 2G should be phased out. Here, IUC plays an important role. A high termination charge encourages 2G as incumbent operators make money simply by receiving calls on their depreciated networks. It discourages them from migrating to IP networks.

The ITU report recommends: “Keep interconnection regulation as simple as possible to avoid unintended consequences, following these guidelines – establish “Bill and Keep” or “free peering” wherever possible, if termination charges continue to be regulated, bring them down toward zero as fast as possible.”

TRAI should bring down IUC to zero at the earliest. Now, the basic question is what should be the IUC during the interim period when operators have to pay termination cost? It should be calculated in a transparent manner.

ITU has recommended a pure long range incremental cost (LRIC) method that was followed successfully in European Union (EU). In pure LRIC only those costs are allowed that would hypothetically be avoided if the termination service were withdrawn. This excludes all fixed costs and common-cost mark-ups. It ensures that economies of scale are fully incorporated into termination rates.

The new disruption in telecom should be turned into an opportunity to meet Digital India goals so that benefits of digital India reach everyone.

B K Gairola is former mission director, National e-Governance Plan (NeGP) and former Director General of National Informatics Centre. Currently, he is advisor to various departments of the government of India.

Manoj Gairola is Editor of TelecomTiger.